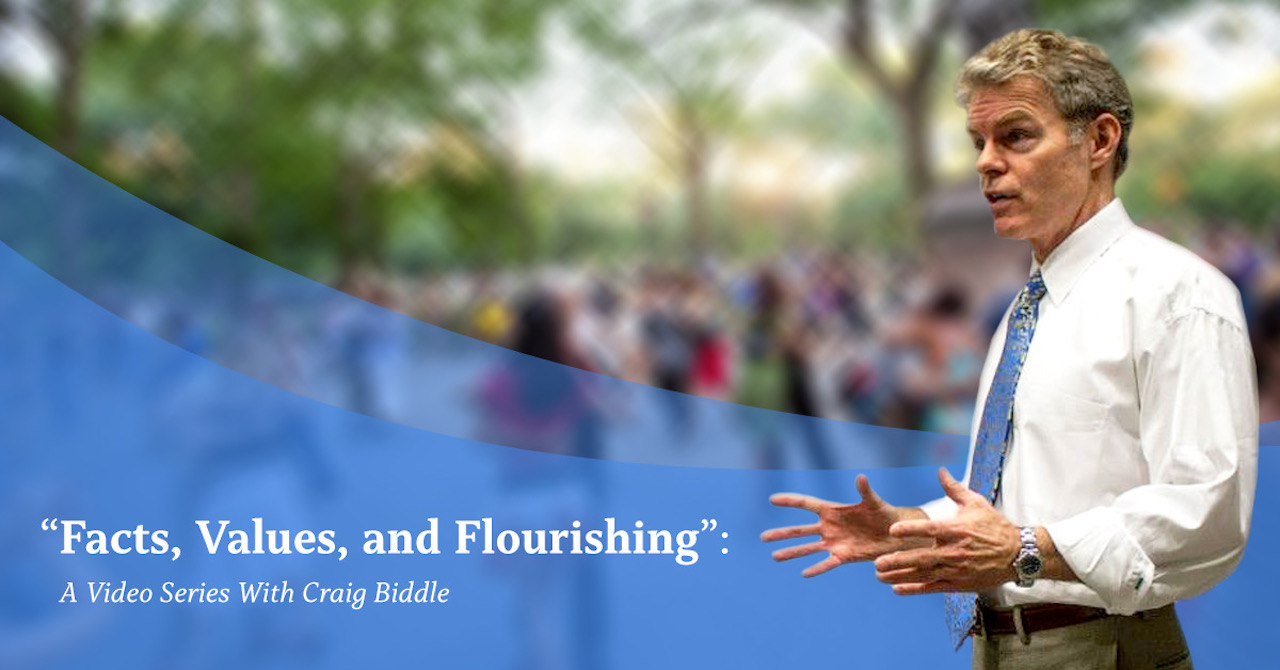 I haven’t produced videos in several months because of an automobile accident in March that fractured my spine. (It turns out that a FedEx truck can deliver disvalues too.) Fortunately, I’ve recovered to the point that I can resume video production, and I’m eager to get started.

To kick things off, beginning this Thursday, I’ll deliver a series of weekly videos on the relationships between facts, values, and flourishing.

Given the dogmatism pushed by religionists, the relativism pushed by (many) secularists, the altruism pushed by practically everyone, and the near universal lack of understanding about how morality is derived from reality, it is no surprise that people’s heads spin when they try to reconcile their premises on these matters.

The depth of the confusion is vividly evident in discussions among public intellectuals such as Jordan Peterson, Dave Rubin, Sam Harris, and others from the “intellectual dark web.” These thinkers (often admirably) attempt to make sense of the relationships between facts and values, and between morality and flourishing. But they make little progress because they get the fundamentals wrong. The purpose of this series is to make sense of these issues by getting the fundamentals right.

The series will involve approximately seven episodes of between twenty and forty minutes each. The discussions will follow (roughly) the outline linked below. And the videos will be uploaded to TOS’s Facebook page and YouTube channel beginning this Thursday (July 19) at 9:00 PM Eastern Time. The videos will continue weekly at the same time for several weeks. There will be a pause during TOS-Con, which begins on Thursday, August 16, but we’ll resume on August 23.

I hope you’ll join me and invite your friends to join us as well. It’ll be a whole lot of clarity and fun.