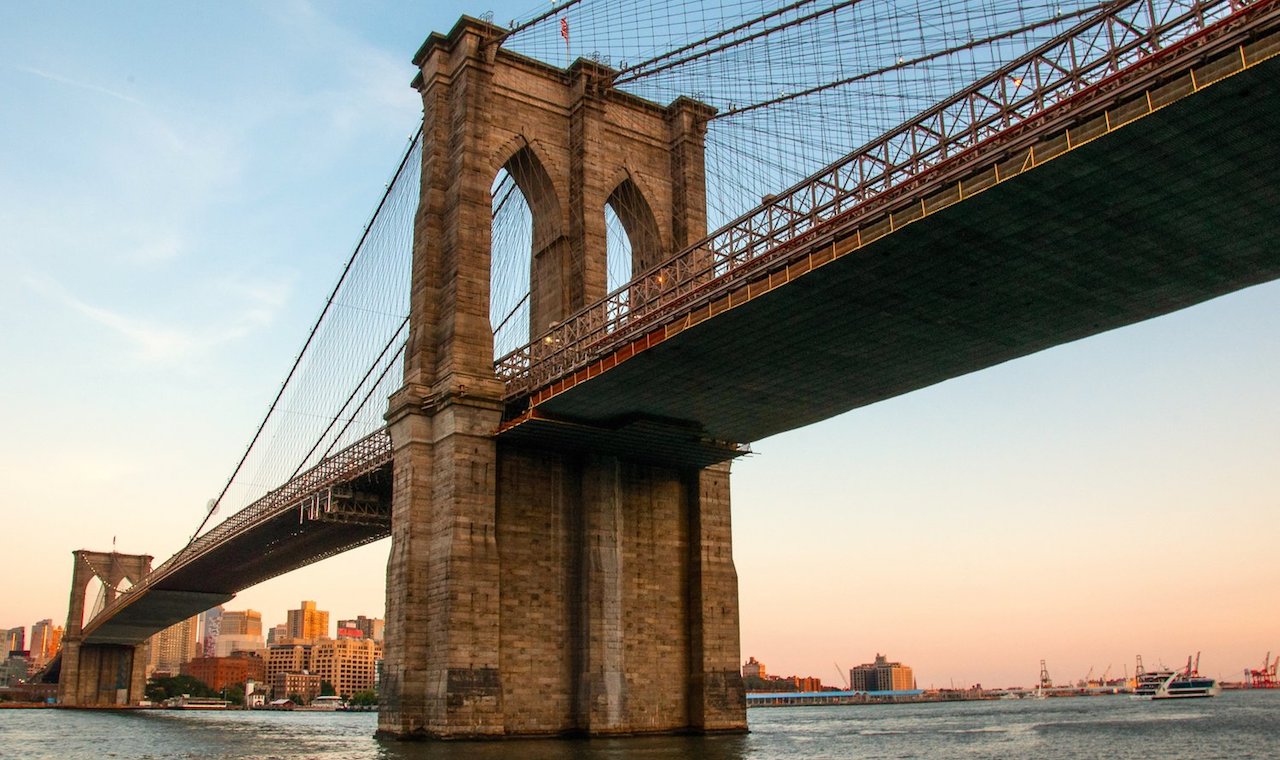 The Brooklyn Bridge: A Monument to the Human Spirit

On May 24, 1883, the Brooklyn Bridge opened for public use.1 More than 100,000 people arrived by train and boat to celebrate the event, leaving no vacancies in nearby hotels. Huge American flags decorated each side of the great bridge. When the sunny day gave way to evening, fourteen tons of fireworks punctuated the jubilation for an hour.

One heroic family deserves most of the credit for this national treasure: the Roeblings. John Roebling conceived and designed the great bridge. His son, Washington, oversaw its construction. Washington’s wife, Emily Warren, took charge when her husband was incapacitated by illness.

Thirty years earlier, Roebling and Washington had visited New York, where they had an experience that would change their lives and reshape the city. In The Great Bridge: The Epic Story of the Building of the Brooklyn Bridge, David McCullough describes the incident in which the two were stranded on the frozen East River for “several miserable hours on an icebound ferry” and the impact this event had on them. Given John Roebling’s take-charge temperament, McCullough writes, “it was doubtless an infuriating experience, to be at the mercy of such elementary forces. But as a result, . . . Roebling, his son by his side, ‘then and there saw a bridge in his mind’s eye.’”2

The Industrial Revolution had been underway in America for decades, and Roebling typified that era. He had already built a company that manufactured wire rope and had made a fortune. Shortly after the Civil War would end, he would begin reshaping nature in a whole new way. . . .

View all articles by Robert Begley →
Letter to the Editor
Happy Birthday, Sir Arthur Conan Doyle!Principles of the Liberal Right

1. Originally called the New York and Brooklyn Bridge, the name was shortened in 1915.