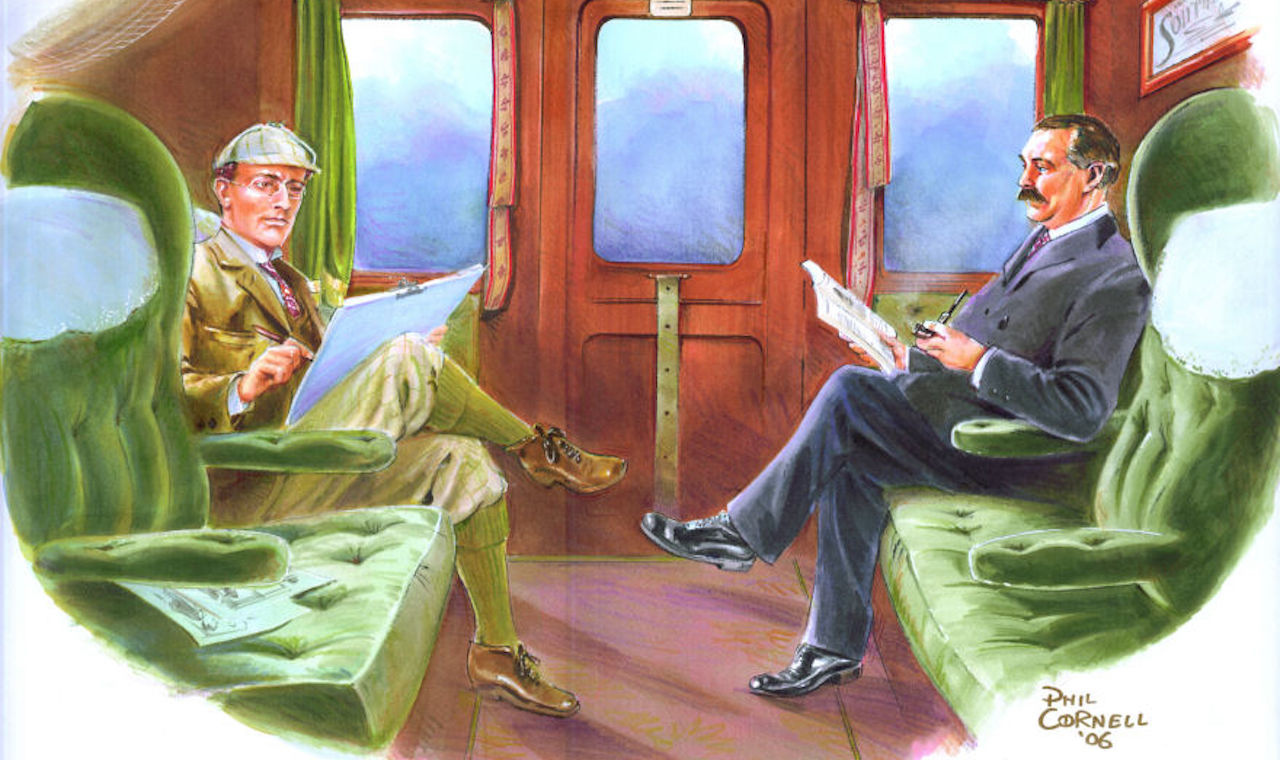 Sir Arthur Conan Doyle is best known for his fiction character, Sherlock Holmes, who appeared in more than fifty short stories and four novels between 1887 and 1927. An astute reasoner with an intense focus on solving crimes, Holmes was inspired by Doyle’s University of Edinburgh medical professor, Dr. Joseph Bell.

After studying with Bell, Doyle made several attempts to practice medicine, but he was not very successful. He reportedly did not see a single patient in his last medical office. But instead of putting his mind to the task of building up his practice, Doyle filled his time by beginning to write the various adventures of Sherlock Holmes. Yet, his years studying medicine were not in vain. In addition to familiarizing him with Bell and his methods of thinking, Doyle’s studies brought a level of detail to his stories that otherwise would likely have been unachievable. Moreover, the adventures of Sherlock Holmes were nearly all narrated in the first person by a physician, Dr. John Watson—a character made all the more authentic by Doyle’s medical background.

Doyle himself was ambivalent toward his most publicly adored creation. He longed to put more time into his historical novels, which he eventually did. Many critics consider these to be among his best works. Doyle threatened to kill off Sherlock Holmes on several occasions, and he intentionally raised his prices beyond what he thought publications would willingly pay. Nonetheless, demand for Holmes persisted. In 1893, in the story “The Final Problem,” Doyle had Holmes and his nemesis, Professor Moriarty, apparently plunge to their deaths in a waterfall. But eight years later in 1901—in response to incredible and widespread demand—Doyle resurrected Holmes in "The Adventure of the Empty House." In the story, Holmes explains how, after a brief struggle, he sent Moriarty over the falls alone.

In 1900, Doyle served as a field doctor in South Africa during the Boer War. He defended the United Kingdom’s cause in a pamphlet titled “The War in South Africa: Its Cause and Conduct,” and he later credited this pamphlet for his being knighted by King Edward VII in 1902.

Although Doyle’s character Sherlock Holmes was a man of reason and science, the author himself was increasingly enamored of and involved in the growing Spiritualist movement. He participated in seances and supported fraudsters who claimed the ability to communicate with spirits and with other psychics via telepathy. And although Holmes was an overwhelmingly rational character, Doyle sporadically mottled him by occasionally depicting Holmes binging on cocaine.

Despite his unfortunate abandonment of reason in the last decades of his life, Doyle nevertheless gifted the world with one of the greatest literary symbols of the rational mind. Sherlock Holmes continues to delight readers and inspire logical analysis and critical thinking over 130 years after his debut. As Holmes himself said, “Crime is common. Logic is rare. Therefore it is upon the logic rather than upon the crime that you should dwell.” On Sir Arthur Conan Doyle’s birthday, enjoy yourself by dwelling on the fascinating, eminently logical mind of his greatest creation: Sherlock Holmes.

Correction: The original posting of this article incorrectly stated that Sherlock Holmes was resurrected in "The Hound of the Baskervilles."—Editor

View all articles by Jon Hersey →
Resources for Advancing ObjectivismThe Brooklyn Bridge: A Monument to the Human Spirit
Return to Top