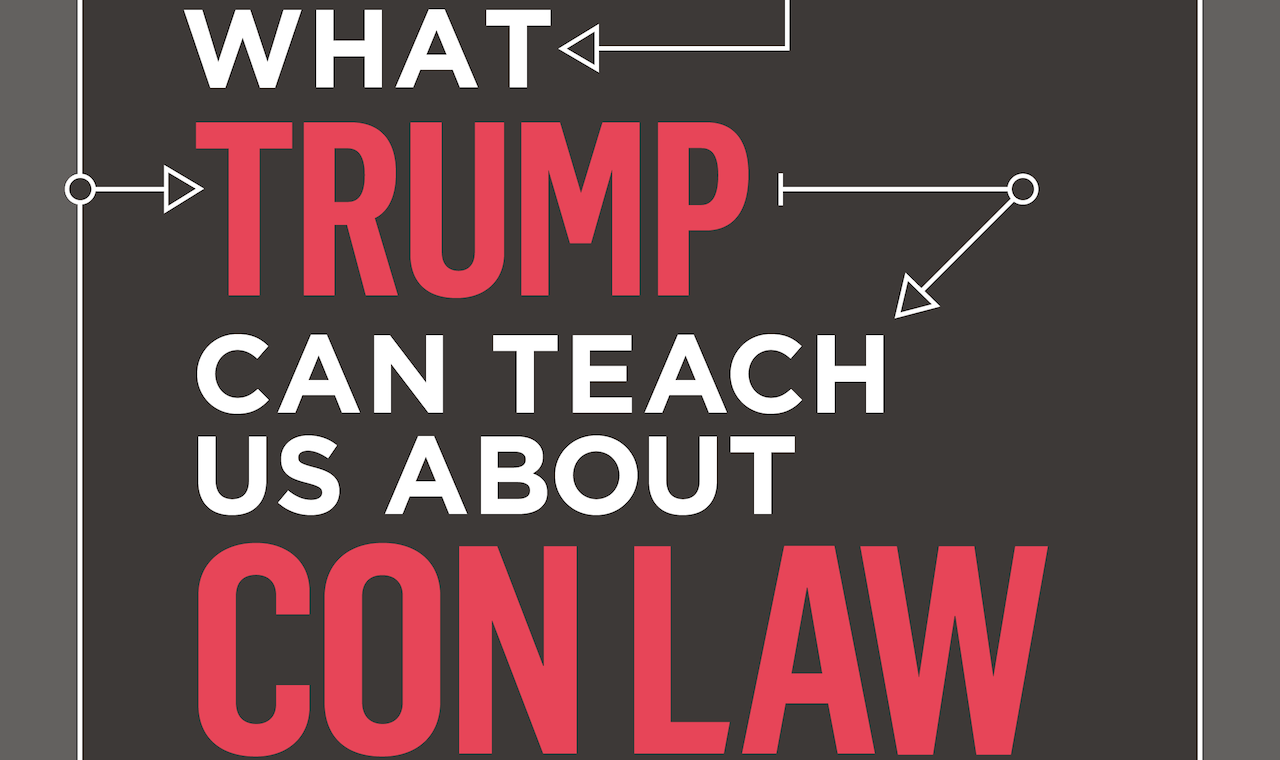 Want a Fun Way to Keep Up with Trump’s Ridiculous Tweets?

Although the daily news about President Trump could pack a landfill, the news offering deep analysis is scant. And given the rate at which the president shocks us with tweets, it’s hard for the average person to keep up with, never mind investigate, the various legal questions his tweets raise. I’ve often found myself wondering, “Can he do that?” That’s why I love the podcast “What Trump Can Teach Us about Con Law.”

Award-winning podcaster and fellow student Roman Mars speaks with Elizabeth Joh, a law professor at UC Davis who teaches Con Law 101. The short format, clear explanations of legal precedents, and mild humor make the show both educational and entertaining. It quickly provides valuable analysis that is difficult to find elsewhere, and it teaches constitutional law and legal precedent in the process. You can gain a substantive understanding of important facts regarding the president’s legal purview in only ten or twenty minutes per week.

Here are some of the questions tackled in a few of my favorite episodes:

When can a president fire people? Can a president be sued in civil court? Can a president use his pardon power on himself or his administration and, if so, can he pardon himself via tweet? How far can the government go in getting cities—think sanctuary cities—to assist with federal law enforcement? Are any of Trump’s business holdings in violation of the Constitution’s emoluments clause? Could he constitutionally act on any of his near-constant threats against the press?

Joh engagingly explains the legal precedents and clarifies legal jargon (when it’s necessary) along the way. I’m no legal scholar, so I won’t comment on whether every salient point in the history of constitutional law is teased out; I’d think not, given that this is a show for layman, not lawyers. Within its scope, however, “What Trump Can Teach Us about Con Law” packs tremendous value and can save you precious time. (If you are a legal scholar or student of law, let me know what you think of the show in the comments below.)

The show is already twenty episodes in—so binge listeners have a fair stock to catch up on. Enjoy!