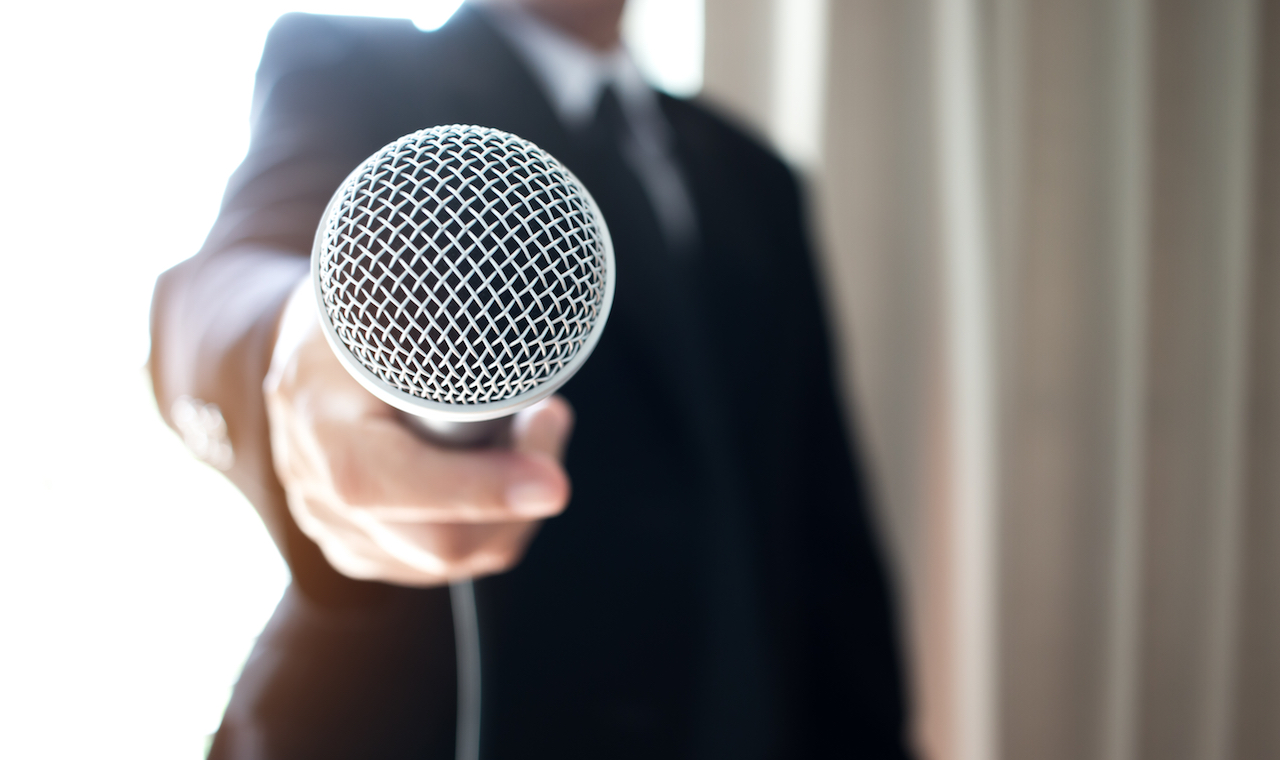 Toastmasters: A Means to Actualize Your Potential and Improve the Culture

Do you feel confident when speaking before a group? Are you eloquent and persuasive? Do others find you worth listening to? I hope the answer is “Yes,” but according to statistics, that’s unlikely. In fact, poll after poll shows that many people fear public speaking more than death. Consider whether fear or inexperience with public speaking could be holding you back. Whatever your profession, improving your communication skills—particularly speaking skills—can increase your influence and market value.

The power of the spoken word can inspire others to action. Orators ranging from Cicero and Patrick Henry to Winston Churchill and Martin Luther King Jr. exemplify this power. Although you or I might not equal their ability or impact, we can still cultivate powerful oratorical skills. And fortunately, one forum helps to bring out anyone’s best voice: Toastmasters.

Toastmasters International is a worldwide educational organization that helps individuals to become more effective communicators and leaders. These skills are particularly important for anyone who wishes to impact the culture positively.1

It’s helpful first to know what you’re getting into. Picture yourself at a typical meeting, which often takes place in a business boardroom with ten to fifteen people present. The chairman of the evening (usually the club president) kicks off the program by greeting everyone, welcoming the guests, and having the guests introduce themselves—which is a comfortable way to break the ice and speak in front of the group. He then leads a brief business session, which covers announcements, planned events, contests, and anything else of note. Next, the chairman introduces the toastmaster of the meeting. Among other things, the toastmaster makes sure that all of the roles are filled and that the meeting begins and ends on time. He announces the agenda, which includes prepared speeches, impromptu speeches, and evaluations.

Typically, at least two prepared speeches are given in a meeting. Each speaker focuses on developing a particular skill at a given time (vocal variety, gestures, visual aids, etc.), and the toastmaster lets the audience and evaluators know which skill that is for each speaker. This lets evaluators and audience members know what to focus on. Speakers choose their own content, but the time frame for speeches is five to seven minutes. This time constraint make essentializing critical.

The impromptu segment, titled “Table Topics,” is next. The table topics master asks questions that attendees answer within two minutes. Generally, the questions have a theme. For instance, as table topics master, I once asked, “When Socrates says ‘Know thyself,’ what does that mean to you?” and then called on an attendee who came up to the lectern and answered with no preparation. When he was done, I asked another attendee, “What do you think Francis Bacon meant when he said ‘Knowledge is power?’” And so on. The impromptu speaker learns to automate the process of assembling an answer that includes an introduction, body, and conclusion. This helps speakers to develop the skill of thinking on their feet. The Table Topics portion is usually limited to those who do not have a major speaking role that evening and typically lasts around fifteen to twenty minutes.

Then comes the evaluation segment. The general evaluator leads this part and calls on evaluators who give feedback for each prepared speaker and describe how well the speech objectives were met. When evaluating, I prefer to start with what the speaker did well. For instance, “The talk ended with a dramatic call to action.” Next, I mention what the speaker could have done better. For instance, “Make more eye contact and read notes less.” Each attendee also provides written feedback on the prepared talks. So speakers get a good idea of where they need to improve and what they did well. Evaluators benefit from this conscious development of their listening skills as well.

The general evaluator next calls three helpers—timer, grammarian, and “ah-er” counter—for specialized input. Throughout the meeting, the timer keeps track of each speaker’s timing, holding up green, yellow, and red cards to indicate minimum, intermediate, and ending times for each speaker. This practice helps speakers learn how to stay within the time frame and keeps the meeting flowing. The grammarian spends the entire meeting listening for both good phrasing and bad. Sometimes, he introduces a word of the day, which the speakers aim to include in their speeches. This adds another opportunity for speakers to practice improvisation.

Finally, the “ah-er” counter counts the number of speech fillers, such as “ah, er,” “umm,” and “you know,” that each speaker uses. Using fillers is a bad habit that is rampant nonetheless, even among professional speakers; it often diminishes a speaker’s impact.

When concluding, the chairman asks guests for their thoughts about the meeting. This way guests—who may enter the room deathly afraid to speak in public—get a second opportunity to stand up and say a few words in front of people they do not know (the first opportunity being their introduction to the group). This is, for many, the first step in overcoming anxieties about public speaking.

Where Leaders Are Made

Most people join Toastmasters in order to improve their speaking skills. However, participants also have the opportunity to build leadership skills. The chairman, toastmaster, and general evaluator serve as leaders during meetings. Club officers act as the executive team for the club, making sure dues are collected, membership grows, and individual and club goals are reached. Officers also lead mentoring programs for new members and encourage teamwork, which is essential to a successful club.

All of these leadership skills naturally carry over into one’s job or profession. I joined Toastmasters in 1992. After a decade of leading several clubs, I felt experienced enough to found my own organization, the New York Heroes Society, which promotes heroism in the culture. Today, my organization runs several speaking events each year.

There are specialized clubs for advanced members as well. This past July, I was elected president of a debate club. I also joined a dinner club, which intentionally meets in a noisy restaurant. Our dinner club hosted a special “hecklers” meeting, in which speakers aimed to maintain their composure in front of a disagreeable crowd.

Another benefit of being in an advanced club is that you must give speeches to outside groups in which you do not know anyone. Business leaders speak under such circumstances regularly, without practice, and with mixed results. Toastmasters enables participants to prepare deliberately for such occasions and thus enables more effective leadership.

Being a Voice of Reason

Toastmasters clubs tend to attract a certain type of person: the ambitious self-starter. Unfortunately, although many members are businessmen aiming to better themselves and their businesses, a substantial number of them accept anti-business ideologies, such as altruism and collectivism. This ultimately is a consequence of irrationality in the culture. Fortunately, Toastmasters is an excellent organization to help advance reason, egoism, and individualism. As Ayn Rand noted when asked what one person can do to help promote rational ideas, the answer is: speak.

Do not wait for a national audience. Speak on any scale open to you, large or small—to your friends, your associates, your professional organizations, or any legitimate public forum. You can never tell when your words will reach the right mind at the right time. You will see no immediate results—but it is from such activities that public opinion is made.2

In my experience, Toastmasters clubs provide an excellent forum for speaking to ambitious, active-minded people on a regular basis about how reason supports the morality of self-interest, the pursuit of profit, individual rights, and the politics of freedom. Those interested in improving the culture can hone their communication skills and build their confidence at Toastmasters clubs, and then move with greater efficacy into other venues.

View all articles by Robert Begley →
Tal Tsfany on Sophie, the BookJohn Lautner and Real Architecture

1 More than 15,900 Toastmasters clubs exist in 142 countries, so it is likely one is near you. Membership is roughly $100 per year and includes speech materials and a monthly magazine. Clubs usually meet twice per month in the evenings for roughly ninety minutes each time. Many corporate clubs meet weekly at lunchtime.