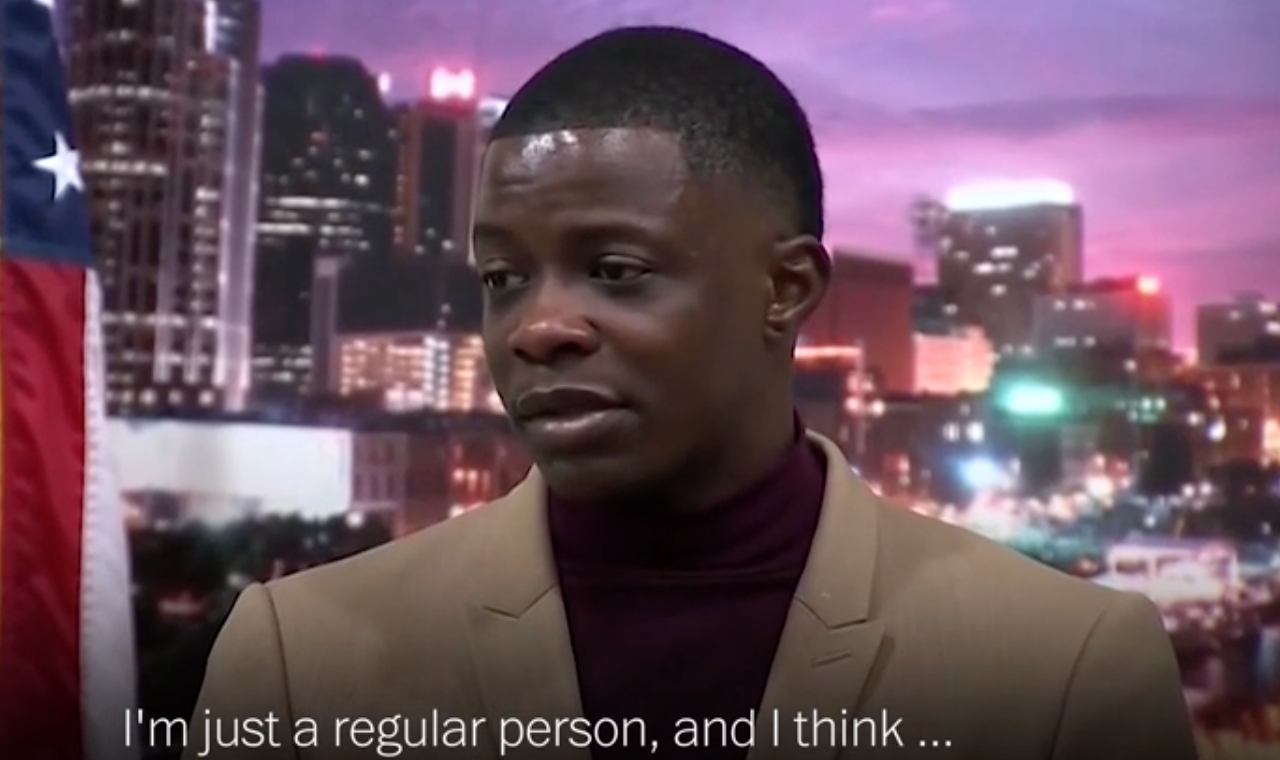 “James Shaw Jr. was watching a Waffle House employee wash dishes, stacking them higher and higher. When the first shot was fired, Shaw thought the tower of plates had come crashing down,” reports the Washington Post. When he realized that someone was shooting people, he “jumped toward the restroom . . . and stood behind a swivel door, where a bullet grazed his arm.”1

Moments later, Shaw heard the shooting stop. Figuring that the gunman was reloading or the weapon had jammed, Shaw thought to himself, “This is it . . . this is all you have.” He ran through the swivel door, which hit the gunman on the other side. Shaw then grabbed the rifle, wrestled it away from the shooter, threw it over the countertop, and proceeded to push the shooter through the front door and outside. The gunman then fled.

All told, the gunman shot six people, four of them fatally. He likely would have shot and killed more. But Shaw put an end to the massacre.

According to other survivors of the shooting spree—and according to the police, the media, the executives at Waffle House, and the general public—Shaw most definitely is a hero. As Walt Ehmer, CEO of Waffle House, put it: “Mr. Shaw . . . you are a hero, you are my hero . . . I’ve talked to some of those people you saved today, and they will think of you for the rest of their days, as will I. We’re forever in your debt.”

It may seem perfectly natural and logical to regard Shaw as a hero. But Shaw doesn’t see himself as a hero. Why? He explains: “I want people to know that I did that completely out of a selfish act. I was completely doing it just to save myself.”

I’m not a hero. I’m just a regular person, and I think anybody could have did what I did if they are just pushed into that kind of cage. You have to either react or you’re going to fold, and I chose to react because I didn’t see any other way of living, and that’s all I wanted to do. I just wanted to live.

Whereas most people regard Shaw as a hero for saving the lives of others, Shaw doesn’t regard himself as a hero, because his motive was simply to save his own life.

I’d like to point out that—in accordance with objective morality—Shaw is a hero, and he is a hero first and foremost because he acted to save his own life. That he saved the lives of others certainly adds to his heroism. But the fundamental act of heroism in this case lies in Shaw’s valuing of his own life and acting to save it.

Choosing to live and acting accordingly—even when doing so is difficult or terrifying—is the very essence of being moral. Observe that if Shaw had not valued his life, and if he had not had the courage to fight for it, not only would he likely have been killed, so too would many others. Paraphrasing Ayn Rand, in order to think or say, “I’ll save you!,” one must first know how to say the “I.”

Rational, self-interested action is moral action. This truth is one of the least recognized and most important principles in the world. And the differing views regarding Shaw’s status as a hero highlight the widespread confusion on this matter.

P.S. Mr. Shaw has created a GoFundMe campaign to help families of the victims of the shooting. If you’d like to help, please donate here: https://www.gofundme.com/5g07bvs.

View all articles by Craig Biddle →
Want a Fun Way to Keep Up with Trump’s Ridiculous Tweets?Benjamin Franklin: The Enlightenment Personified