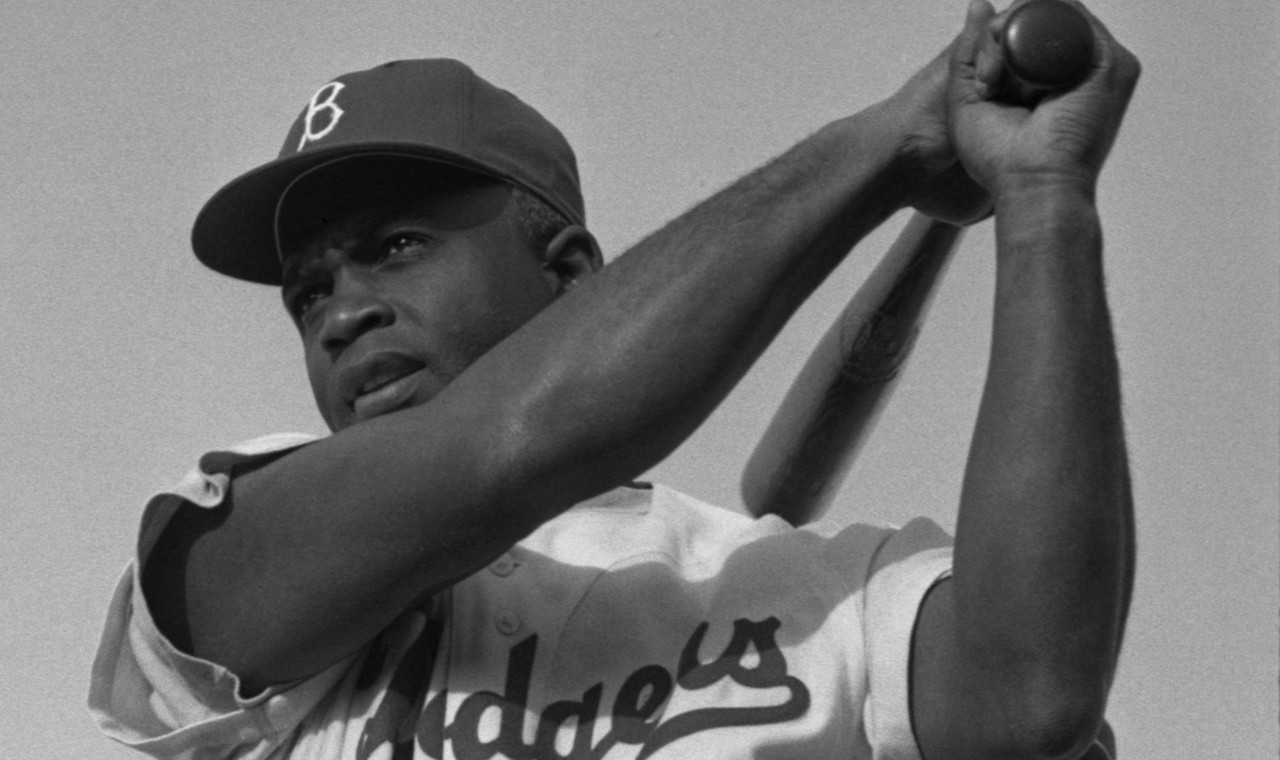 On April 15, 1947, Jack Roosevelt “Jackie” Robinson not only changed the complexion of baseball, he changed America. By crossing the white line at Brooklyn’s Ebbets Field, Robinson became the first black major league baseball player in the 20th century and the catalyst for the full and permanent racial integration of the sport.

Several years earlier, the Brooklyn Dodgers’ general manager, Branch Rickey, set out to challenge the unwritten, racist code that prohibited blacks from playing in the majors. But he needed the right man for the task. It had to be someone with both exceptional athletic talent and moral character. Robinson had excelled in baseball, football, basketball, and track while at UCLA, from 1939 to 1940. He then served in the U.S. Army during World War II. He was articulate, engaging, and enjoyed the spotlight.

Robinson also spoke out against racist customs and laws that violated the rights of blacks. A decade before Rosa Parks heroically refused to sit in the back of the bus because of her color, Robinson had engaged in the same principled refusal. Robinson held that one’s actions should follow one’s convictions. And one of his convictions was that no one should be treated differently because of the color of his skin. . . .

1. Pat Williams with Mike Sielski, How to Be Like Jackie Robinson (Deerfield Beach, FL: Health Communications, 2005), 150.

2. Before the 1947 season started, several teammates signed a petition to keep Robinson off the Dodgers. Philadelphia Phillies manager Ben Chapman’s in-game verbal abuse was so blatant that it made headlines in the national press. He instructed his pitchers, whenever they reached a 3-0 count, to bean Robinson instead of walking him. Star ballplayer Enos Slaughter intentionally spiked Robinson’s leg at first base, cutting a seven-inch gash in his flesh. The most famous death threat came before Robinson’s first game in Cincinnati. Police took the threat very seriously, but Robinson insisted on playing anyway. These events are covered in the Ken Burns PBS documentary on Jackie Robinson, available at http://www.pbs.org/kenburns/jackie-robinson/videos/.