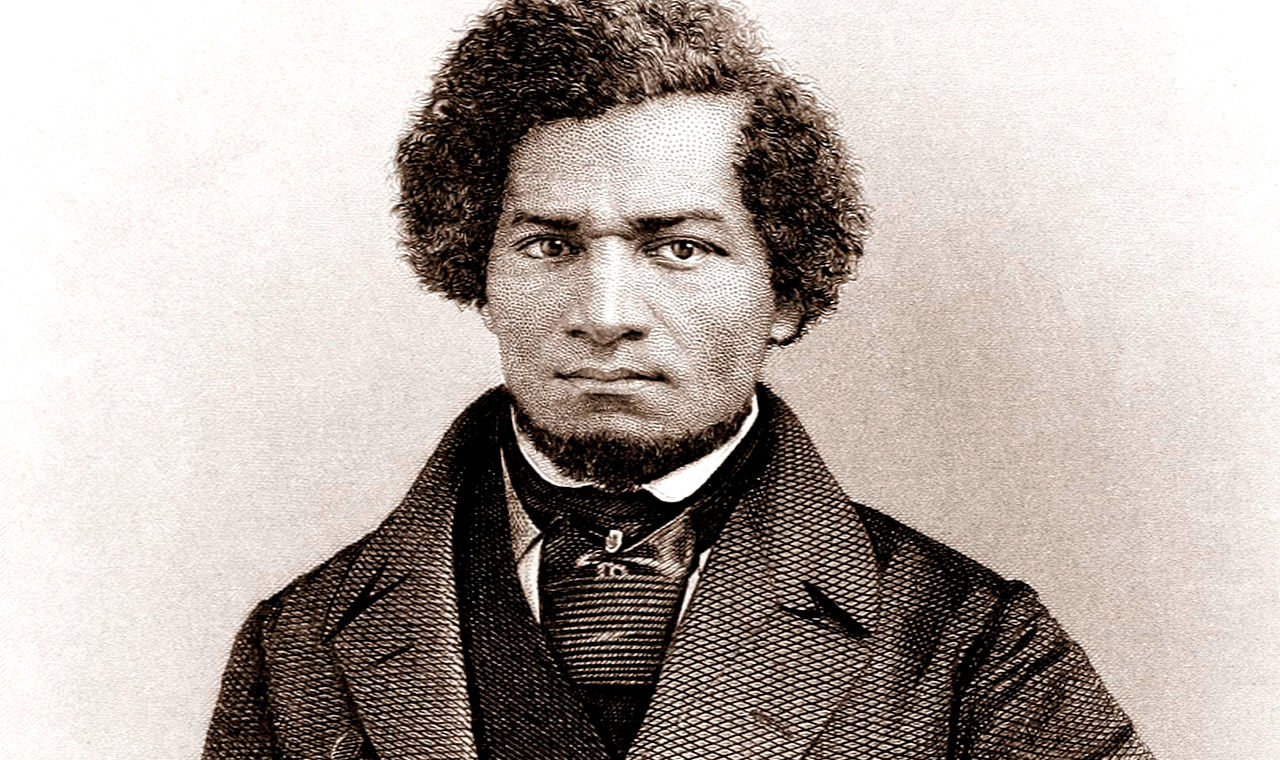 Editor’s note: We are pleased to republish Frederick Douglass’s speech, “Self-Made Men,” which he composed in the late 1850s and delivered many times in his later years of life. We’ve retained the original spelling and punctuation throughout. We’ve also added illuminating footnotes, courtesy of Timothy Sandefur, author of “Frederick Douglass’s Vision of Manhood” (published in this same issue of The Objective Standard) and the new biography Frederick Douglass: Self-Made Man (Washington D.C.: Cato Institute, 2018).

The subject announced for this evening’s entertainment is not new. Man in one form or another, has been a frequent and fruitful subject for the press, the pulpit and the platform. This subject has come up for consideration under a variety of attractive titles, such as “Great Men,” “Representative Men,” “Peculiar Men,” “Scientific Men,” “Literary Men,” “Successful Men,” “Men of Genius,” and “Men of the World”; but under whatever name or designation, the vital point of interest in the discussion has ever been the same, and that is, manhood itself, and this in its broadest and most comprehensive sense.

The tendency to the universal, in such discussion, is altogether natural and all controlling: for when we consider what man, as a whole, is; what he has been; what he aspires to be, and what, by a wise and vigorous cultivation of his faculties, he may yet become, we see that it leads irresistibly to this broad view of him as a subject of thought and inquiry.

The saying of the poet that “The proper study of mankind is man,”1 and which has been the starting point of so many lectures, essays and speeches, holds its place, like all other great utterances, because it contains a great truth and a truth alike for every age and generation of men. It is always new and can never grow old. It is neither dimmed by time nor tarnished by repetition; for man, both in respect of himself and of his species, is now, and evermore will be, the center of unsatisfied human curiosity. . . .

Frederick Douglass (1818–1895) was a black American who escaped slavery at the age of twenty, joined the abolitionist movement, and became one of the most important writers and orators of the 19th century.

3. Douglass sounded this theme in many of his talks. In an 1861 “Lecture on Pictures,” after comparing Protestant and Catholic views toward religious art, he concluded, “Man everywhere worships man, and in the last analysis worships himself. He finds in himself the qualities he finds divine and reverently bows before them. This is the best he can do. The God of the merciful and just man is merciful and just despite the church creed. . . . The church that we build unto the Lord, we build unto ourselves.” John Stauffer et al., Picturing Frederick Douglass (New York: Liveright, 2015), 134–35. A devoted Christian early in life—he taught a Sunday school even while enslaved and joined the African Methodist Episcopal Church soon after escaping in the 1830s. He became disillusioned with the Christian churches for failing to take leadership of the antislavery movement. Later in life he largely abandoned religion, though he never became an outright atheist. Frederic May Holland, Frederick Douglass: The Colored Orator (New York: Funk & Wagnalls, 1891), 337–38.

5. This quotation is from Robert Burns’s poem “The Twa Dogs: A Tale,” in which two dogs—Caesar, raised in privilege; and Luath, “a ploughman’s collie”—discuss the benefits and disadvantages of their upbringing. The Poetical Works of Robert Burns, edited by Robert Willmott (Boston: Lee and Shepard, 1872), 1.

7. A common misconception in the nineteenth century held that a razor would become sharper by itself if left alone for a day or two.

8. “Kitchen” and “parlor” were common nineteenth-century shorthand for lower class and upper class, respectively; compare Upstairs/Downstairs. There was a racial element to this as well, as black Americans were typically not allowed in the parlor of a white home but were required to remain in the kitchen. The poet Langston Hughes used this symbol to powerful effect in his poem “I, Too”: “I, too, sing America. / I am the darker brother / They send me to eat in the kitchen / When company comes.”

11. Paul Laurence Dunbar, “The Path,” in The Complete Poems of Paul Laurence Dunbar (New York: Dodd, Mead, 1922), 21. Douglass was a friend and mentor to Dunbar, whom he met in 1893 at the Columbian Exposition in Chicago. In an elegy after Douglass’s death, Dunbar said of the abolitionist, “He dared the lightning in the lightning’s track / And answered thunder with his thunder back.” Dunbar, “The Path,” 7.

13. Union General Benjamin F. Butler commanded the troops that occupied New Orleans beginning in 1862. He adopted a strict sanitation regimen that put a stop to the city’s annual outbreaks of yellow fever.

14. This was a regular theme of Douglass’s writing and speaking. His personal motto, adopted from Lord Byron’s poem “Childe Harold’s Pilgrimage,” was, “Who would be free must himself strike the blow.” Self-assertion, Douglass insisted, was the absolutely essential ingredient to improvement of the world.

15. Douglass emphasized this point as early as 1865, in his speech “What the Black Man Wants” (John W. Blassingame and John R. McKivigan IV, eds., Frederick Douglass Papers (New Haven, CT: Yale University Press, 1991) vol. 4, 68–69. “The American people have always been anxious to know what they shall do with us,” he said. “I have had but one answer from the beginning. Do nothing with us! Your doing with us has already played the mischief with us. Do nothing with us! If the apples will not remain on the tree of their own strength, if they are worm-eaten at the core, if they are early ripe and disposed to fall, let them fall! I am not for tying or fastening them on the tree in any way, except by nature’s plan, and if they will not stay there, let them fall. And if the negro cannot stand on his own legs, let him fall also. All I ask is, give him a chance to stand on his own legs . . . ! If the negro cannot live by the line of eternal justice . . . the fault will not be yours, it will be his who made the negro. . . . Let him live or die by that. If you will only untie his hands, and give him a chance, I think he will live.”

16. Thackeray often invoked this idea; the purported quotation may be a paraphrase of a passage from chapter 7 of The Adventures of Philip, in which the title character reflects that “Man was made to labour and to be lazy”—he labors while he is hungry, then “gorges to repletion” and “sleeps, perhaps, to excess.”

17. An old English proverb, a parody of which is voiced by the lazy Falstaff in William Shakespeare, Henry IV, Part 2, Act I, sc. ii (“I were better to be eaten to death with a rust than to be scoured to nothing with perpetual motion.”)

20. Kit Carson (1809–1868) was a pioneer, soldier, and trailblazer whose exploits in the West became legendary.

21. William Ellery Channing (1780–1842) was a New England reformer and preacher who opposed Calvinism and became an abolitionist.

22. John Milton (1608–1674) was an anti-monarchist who supported Cromwell in the English Civil War. He went blind in his forties and dictated his most famous poems, including the epic “Paradise Lost.”

24. The biblical Samson was a man of legendary strength, described in the book of Judges (chapters 13–16).

[26] Wendell Phillips (1811–1894) was generally regarded as the greatest abolitionist orator, with the possible exception of Douglass himself. Douglass befriended Phillips early in his career when they worked together as part of William Lloyd Garrison’s antislavery group, headquartered in Massachusetts. Douglass, however, broke with the Garrisonians when Douglass came to reject their opposition to the Constitution.

27. Ethnic humor was commonplace in nineteenth-century oratory. Often, as in this case, it was more of a lighthearted reference to foolishness generically than an attempt to insult or to ascribe such traits to a particular ethnic group (in this case, the Irish).

29. The wealthiest communities of the era.

32. Elihu Burritt (1810–1879) was an author, an antislavery activist, and a diplomat in the Lincoln administration.

33. Louis Kossuth (1802–1894) was a Hungarian statesman and writer greatly admired among Americans in the nineteenth century. His bust is displayed in the U.S. Capitol building.

34. Douglass, whose father was white, often heard it said of him that the only reason he had accomplished much was that he had some white blood.

35. A reference to Chief Justice Roger Taney’s decision in Dred Scott v. Sandford (1857), which held that the authors of the Constitution believed black Americans had “no rights which the white man is bound to respect.”

36. William Wordsworth wrote a sonnet to L’Ouverture: “There’s not a breathing of the common wind / That will forget thee; thou hast great allies; / Thy friends are exultations, agonies, / And love, and man’s unconquerable mind.” Whittier, a friend of Douglass’s, and highly regarded as the greatest abolitionist poet, wrote a lengthy poem promising to L’Ouverture that “men shall learn to speak of thee / As one of earth’s great spirits, born / In servitude, and nursed in scorn, / Casting aside the weary weight / And fetters of its low estate, / In that strong majesty of soul / Which knows no color, time, or clime.”

38. Southern states pursued a variety of means to practically reinstate slavery, most notably peonage laws, which allowed whites—often on the flimsiest evidence—to have free black men arrested and sentenced to labor. Such laws often prohibited blacks from leaving the community without permission from whites. Sharecropping arrangements in which black farmers were paid, not with cash, but with scrip redeemable only at a store operated by the landowner, also kept black farmers in conditions virtually indistinguishable from slavery. And southern states mounted a growing campaign to deprive black schools of resources and to nullify voting rights for black voters.

42. As part of the spiritualism fad that swept Europe and America during the nineteenth century, people would seek to communicate with the dead at seances during which the spirits would answer questions by knocking, or “rapping,” on a table in response to yes or no questions. In one notorious case, the three Fox sisters of New York were discovered to have produced the knocking noises by cracking the joints in their toes or knees.

45. A reference to Ulysses Grant, who so seriously considered running for a third term that an effort was begun to pass a constitutional amendment limiting the president to two.

46. Douglass himself traveled to Europe, first in 1845 and again in 1859. On the second occasion, he was denied a passport by the U.S. State Department on the grounds that, under the Dred Scott opinion, he was not a citizen of the United States. He wrote to the French ambassador in London and requested a pass from him, which was granted. See Frederick Douglass: Autobiographies, edited by Henry Louis Gates, (New York: Library of America, 1994), 762.

47. The romantic literature of the time typically put this phrase into the mouths of highwaymen, robbers, or sentries.

49. Horace Greeley (1811–1872) was founding editor of the Tribune, served in Congress, and contemplated running for the presidency. He was probably the most powerful media figure of his day.

50. Theodore Parker (1810–1860) was a Unitarian preacher and abolitionist best remembered today for his saying, later adapted by Martin Luther King, that the arc of the moral universe is long but bends toward justice.