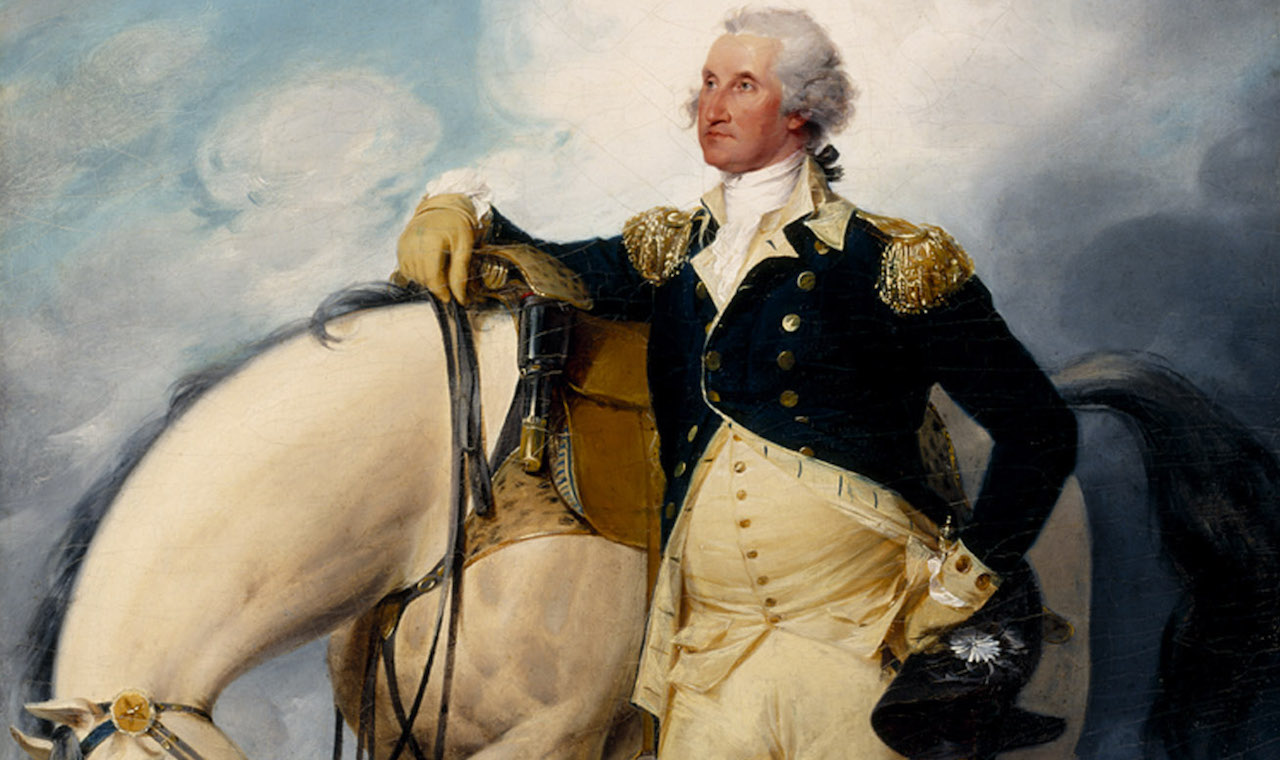 Happy Birthday, George Washington—sword of the American Revolution and a pillar of support during America’s infancy.

In his June 8, 1783 address to the states, Washington recognized the promise this fledgling nation held:

The Citizens of America, placed in the most enviable condition, as the sole Lords and Proprietors of a vast tract of Continent, comprehending all the various Soils and Climates of the World and abounding with all the necessaries and conveniences of life, are now, by the late satisfactory pacification, acknowledged to be possessed of absolute freedom and Independancy—

They are from this period to be considered as the Actors, on a most conspicuous Theatre, which seems to be peculiarly designated by Providence for the display of human greatness and felicity, here they are not only surrounded with every thing which can contribute to the completion of private and domestic enjoyment, but Heaven has crowned all its other blessings by giving a fairer opportunity for political happiness, than any other Nation has ever been favored with—

Nothing can illustrate these observations more forcibly than a recollection of the happy conjuncture of times and circumstances under which our Republic assumed its Rank among the Nations—the foundation of our Empire was not laid in the gloomy Age of ignorance and superstition, but at an Epocha when the rights of Mankind were better understood and more clearly defined, than at any former period—The researches of the human Mind after social happiness have been carried to a great extent, the treasures of knowledge acquired by the labours of Philosophers, Sages and Legislators, through a long succession of years, are laid open for our use and their collected wisdom may be happily applied in the establishment of our forms of Government.

The free cultivation of letters, the unbounded extension of Commerce, the progressive Refinement of manners, the growing liberality of sentiment, and, above all, the pure and benign light of Revelation, have had a meliorating influence on Mankind and encreased the blessings of Society. At this Auspicious period the United States came into existence as a Nation, and if their Citizens should not be completely free & happy, the fault will be entirely their own.1

Washington also understood that freedom and happiness were not guaranteed to Americans by their newly-won independence. He continued:

“It appears to me there is an option still left to the United States of America; that it is in their choice and depends upon their conduct, whether they will be respectable and prosperous or contemptible and Miserable as a Nation.”

Washington’s words are as true today as they were 235 years ago. We must choose daily to secure our freedom or to lose it, bit by bit, to those who favor force and tyranny.

On Washington’s birthday, let us remember that we would not have even this choice were it not for this indispensable man of the Revolution and the Founding.

Thank you, George Washington, for all you did to create America and establish political freedom as the moral ideal.

View all articles by Jon Hersey →
Letter to the Editor
Carl Barney on Objectivism and SuccessWilliam F. Buckley: Cowardly, Dishonest, Unjust, Racist, and Loved by Conservatives

1 “From George Washington to The States, June 8 1783,” Founders Online, National Archives, last modified February 1, 2018, http://founders.archives.gov/documents/Washington/99-01-02-11404. [This is an Early Access document from The Papers of George Washington. It is not an authoritative final version.]