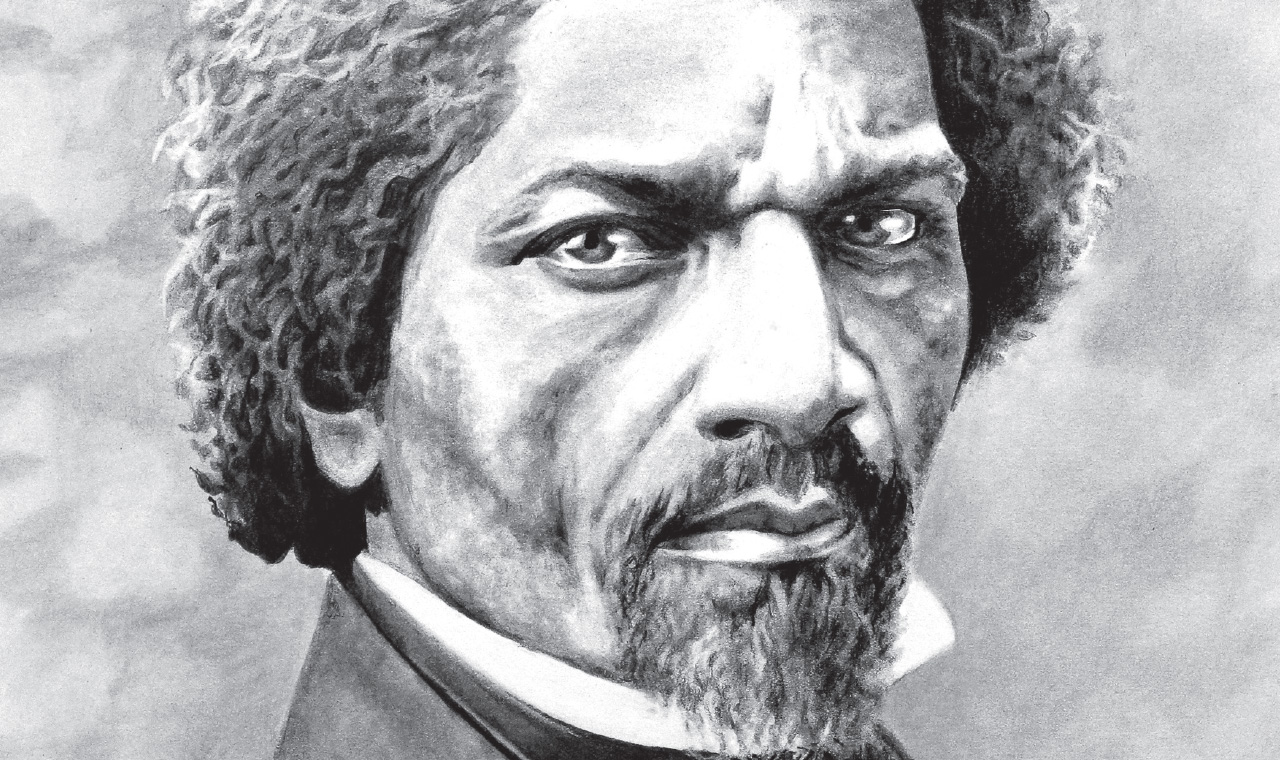 The man we know today as Frederick Douglass was born on a Maryland farm in 1818 to a white man he never met and a black mother he never saw after the age of seven. He escaped to freedom when he was twenty, joined the abolitionist movement, and rose to become not only one of the nation’s foremost opponents of slavery, but also one of the most insightful intellectuals of 19th-century America. His curiosity and intellectual persistence drove him to ask profound questions about issues ranging from the origin and nature of slavery to the philosophical implications of photography. He was a writer of immense skill whose grasp of history, political philosophy, literature, and law was extraordinary—all the more so considering that he had no formal education. As an activist and orator, Douglass sought to turn American society toward the virtues he embraced and worked tirelessly to embody: independence, integrity, and self-mastery. Along the sometimes daunting path of his life, Frederick Douglass discovered—in a sense, created—his own manhood.

When he was seven, Douglass was sent to live in Baltimore with Hugh and Sophia Auld, relatives of the man who “owned” him. At first, he found city life more agreeable than life on the plantation. But that changed quickly after he asked Sophia to teach him to read. When Hugh learned what she was doing, he flew into a rage. Literacy, he roared, would ruin a slave by awakening in him a longing for freedom and motivating him to run away. Even as a young boy, Douglass instantly recognized this outburst as “the first decidedly anti-slavery lecture to which it had been my lot to listen.”1 The maintenance of illiteracy was essential to the perpetuation of slavery.

So Douglass kept up his reading lessons on the sly, tricking neighborhood white children into teaching him. He later explained:

When I met with any boy who I knew could write, I would tell him I could write as well as he. The next word would be, “I don’t believe you. Let me see you try it.” I would then make the letters which I had been so fortunate as to learn, and ask him to beat that. In this way I got a good many lessons in writing.2

In 1831, Douglass spent some coins he had saved on a copy of The Columbian Orator, an anthology meant for students of elocution, which included passages from famous speeches about freedom. Douglass devoured the book as well as reports in Baltimore newspapers about the growing agitation over slavery. Congressman John Quincy Adams was then denouncing slavery in the House of Representatives, and local papers reprinted his speeches. William Lloyd Garrison, who had recently been jailed in Baltimore for his fiery attacks on slavery, also began publishing his own abolitionist newspaper, The Liberator, that year. Douglass had once wondered what the word “abolitionist” meant when he saw how it threw master Hugh into fits. Now he knew. “I had a deep satisfaction in the thought that the rascality of slaveholders was not concealed from the eyes of the world,” he later wrote of this discovery. “I was not alone in abhorring the cruelty and brutality of slavery.”3

When he was fifteen, the Aulds sent Douglass to live with Hugh’s brother, Thomas, in the small town of St. Michaels, Maryland. Thomas was far crueler than Hugh had been, and Douglass came to loathe him in short order. He was, Douglass thought, “incapable of a noble action.”4 He kept his slaves hungry and was alternately swaggering and petty. When he converted to Methodism not long after Douglass’s arrival, the young man held out hope that it would soften his master’s harsh treatment. But instead of making Thomas more humane, his newfound religion had the opposite effect. He became even more heartless and commanding, and starved Douglass and the other slaves more often.

Douglass began talking back, refusing to call Thomas “Master,” and taking food from the pantry. Fed up with Douglass’s intransigence, Thomas leased him to Edward Covey, a nearby farmer. Covey was able to hire slaves at a discount rate in exchange for his own peculiar service; he specialized in breaking slaves’ spirits. . . .

View all articles by Timothy Sandefur →
Letter to the Editor
From the Editor, Spring 2018Self-Made Men

13. Lady of the Lake proved so popular that it was adapted for the stage in musical form, and one song from it, “Hail to the Chief,” was adopted as the official anthem of the presidency. Ironically, it also introduced the symbol of the burning cross that the Ku Klux Klan embraced in the postwar era. Why exactly Douglass added a second “s” to his name is not known, although there was a Douglass street near the Baltimore home where he grew up. Douglass was also a common spelling of the name. Senator Stephen A. Douglas, who sparred with Abraham Lincoln, dropped the second “s” from his name in the 1840s. Martin H. Quitt, Stephen A. Douglas and Antebellum Democracy (New York: Cambridge University Press, 2012), 56.

16. Douglass: Autobiographies, 415. Historian James Oakes observes that Abraham Lincoln—who grew up in such poverty that he once called himself as a former slave—described a similar experience when relating how he earned his own first dollar at the age of eighteen. En route to New Orleans on family business, Lincoln was asked by two steamboat passengers to take them on his raft to their ship, out in the middle of the river. As they climbed off his raft, “each of them took from his pocket a silver half-dollar and threw it on the bottom of my boat. I could scarcely believe my eyes as I picked up the money. You may think it was a very little thing, and in these days it seems to me like a trifle, but it was a most important incident in my life. I could scarcely credit that . . . by honest work I had earned a dollar. The world seemed wider and fairer before me. I was a more hopeful and thoughtful boy from that time.” James Oakes, The Radical and The Republican (New York: Norton, 2007), 39–40.

27. Charles was not at the battle, but Lewis suffered an injury that forced him out of the service.

28. Douglass, “Why Should a Colored Man Enlist?,” Selected Speeches and Writings, 529.