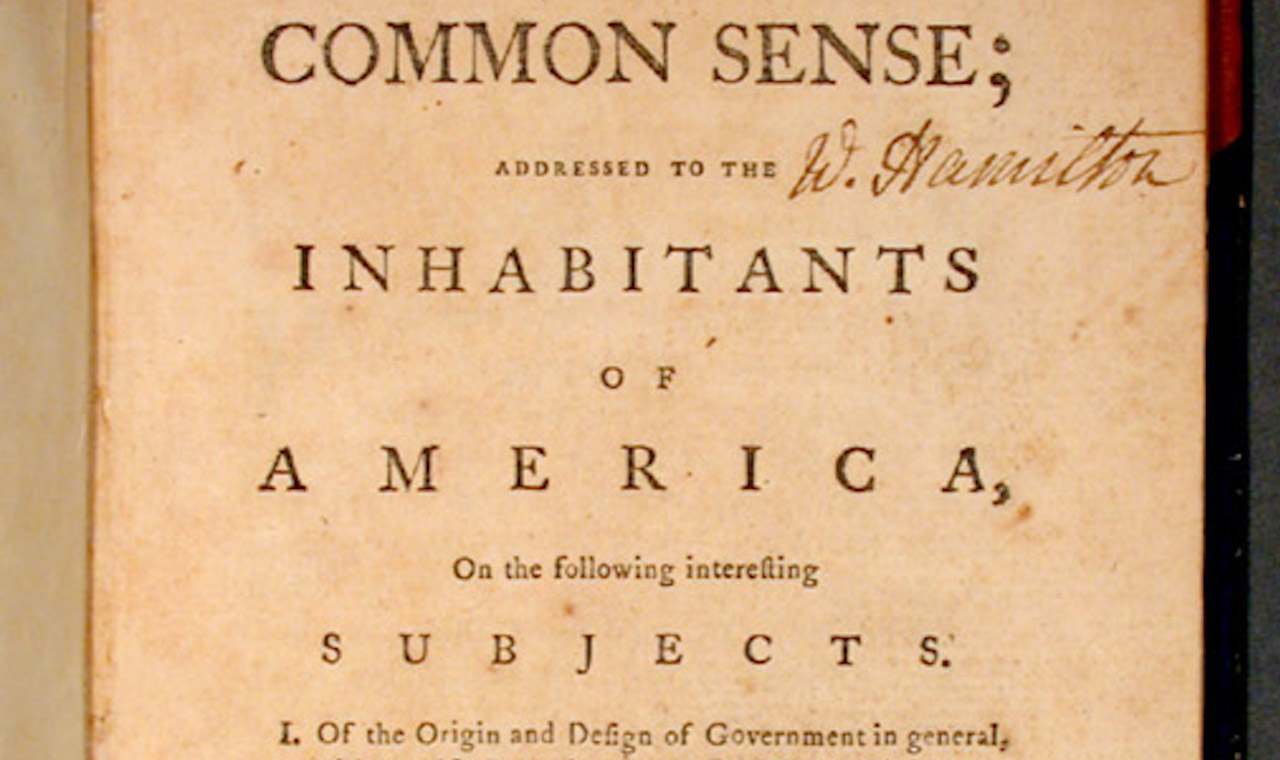 ‘It Was Time for Every Man to Stir’: Thomas Paine’s Common Sense

In April 1775, British redcoats and American militiamen clashed in the Battles of Lexington and Concord. In the following months, many Americans held out hope that the colonies would reconcile peacefully with their mother country. On January 10, 1776, however, Thomas Paine anonymously published the pamphlet Common Sense, which urged American colonists to separate from Great Britain. Paine pointed out the shortsightedness and futility of efforts to reconcile with Britain—and he did so in easily understood and convincing language. He wrote:

It is repugnant to reason, to the universal order of things to all examples from former ages, to suppose, that this continent can longer remain subject to any external power. The most sanguine in Britain does not think so. The utmost stretch of human wisdom cannot, at this time, compass a plan short of separation, which can promise the continent even a year’s security. Reconciliation is NOW a falacious dream. Nature hath deserted the connexion, and Art cannot supply her place. For, as Milton wisely expresses, “never can true reconcilement grow where wounds of deadly hate have pierced so deep.”1 . . .

View all articles by Jon Hersey →
Letter to the Editor
The U.S. Government Must Support the Iranian ProtestersCraig Biddle Live: Meaning and Morality in a Godless Universe