The Boston Tea Party’s Principles and Heroes - The Objective Standard 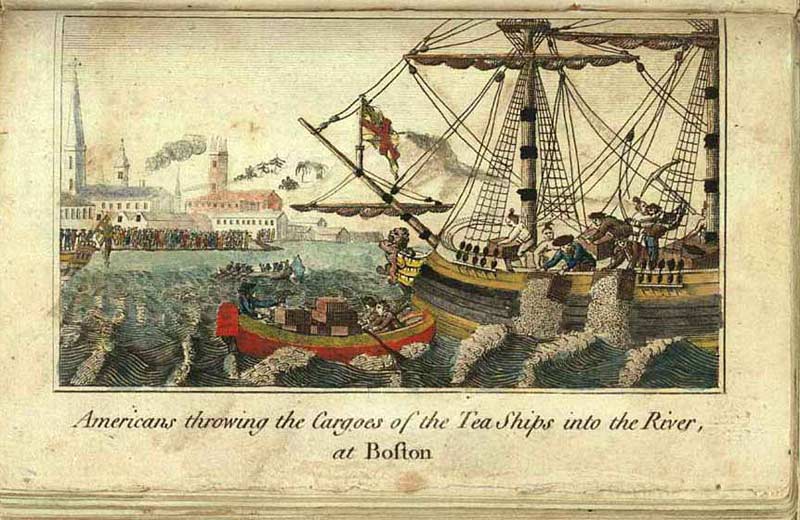 December 16 marks that bright spot in American history when Boston patriots sent a clear message to the British Parliament and King George III that the American colonists would not passively tolerate “taxation without representation.”

The colonists were by law British subjects, and Parliament maintained the “right” to regulate American commerce. However, the 1689 English Bill of Rights forbade rulers from imposing taxes on citizens who had no representative to speak on their behalf. Yet, during the 1760s, British leaders imposed taxes on the colonists with increasing rapidity while ignoring their right to representation. In May 1773, Parliament granted the British East India Company a monopoly on the sale of tea in America and charged the colonists a tea tax.

On November 28, 1773, the ship Dartmouth anchored in Boston Harbor with 114 chests of tea onboard. British law required the tax to be paid either on the twentieth day after the ship had arrived in port or when the tea came ashore, whichever came first. Samuel Adams, a prominent Bostonian, declared that anyone who did “aid or abet in unloading receiving or vending the Tea . . . while it remains subject to the payment of a duty here is an Enemy to America.”1 Adams led a group of radicals known as the Sons of Liberty, and they stationed guards at the wharf to prevent the tea from ever coming ashore.

They protested to the Massachusetts governor, Thomas Hutchison, requesting that the tea be sent back to England. But Hutchison was not only a British loyalist. He, his two sons, and his nephew were consignees for the East India Company; thus they would profit from sales of the tea. On December 3, Adams requested that Hutchison and company “immediately . . . resign their appointment[s]” as consignees out of “regard to their own characters and the peace and good order of this Town and Province.”2 Meanwhile, ships packed with tea continued arriving in Boston Harbor, bringing the total to 342 chests.3

On December 16, 1773—the day before the first tax would have to be paid—a throng of five thousand gathered at Boston’s Old South Meeting House to await the governor’s response. The Dartmouth’s owner delivered the message that Governor Hutchison would not comply. Samuel Adams declared “This meeting can do nothing more to save the country!”

That evening at seven, around one-hundred eighty volunteers descended upon the wharf disguised as Mohawk Indians. They were loud and excited, imitating Indian war whoops. Yet they were respectful and orderly. One protester, George Hewes, recollected:

It was now evening, and I immediately dressed myself in the costume of an Indian, equipped with a small hatchet, which I and my associates denominated the tomahawk . . . and a club, after having painted my face and hands with coal dust in the shop of a blacksmith, I repaired to Griffin’s wharf, where the ships lay that contained the tea. When I first appeared in the street after being thus disguised, I fell in with many who were dressed, equipped and painted as I was, and who fell in with me and marched . . . to the place of our destination.

When we arrived at the wharf, there were three of our number who assumed an authority to direct our operations, to which we readily submitted. They divided us into three parties, for the purpose of boarding the three ships which contained the tea. . . . We were immediately ordered by the respective commanders to board all the ships at the same time, which we promptly obeyed. The commander of the division to which I belonged . . . appointed me boatswain, and ordered me to go to the captain and demand of him the keys to the hatches and a dozen candles. I made the demand accordingly, and the captain promptly replied, and delivered the articles; but requested me at the same time to do no damage to the ship or rigging. We then were ordered by our commander to open the hatches and take out all the chests of tea and throw them overboard, and we immediately proceeded to execute his orders, first cutting and splitting the chests with our tomahawks, so as thoroughly to expose them to the effects of the water.

In about three hours from the time we went on board, we had thus broken and thrown overboard every tea chest to be found in the ship, while those in the other ships were disposing of the tea in the same way, at the same time. We were surrounded by British armed ships, but no attempt was made to resist us. . . . The next morning, after we had cleared the ships of the tea, it was discovered that very considerable quantities of it were floating upon the surface of the water; and to prevent the possibility of any of its being saved for use, a number of small boats were manned by sailors and citizens, who rowed them into those parts of the harbor wherever the tea was visible, and by beating it with oars and paddles so thoroughly drenched it as to render its entire destruction inevitable.4

That following morning, John Adams, a Boston lawyer and later U.S. president, recorded in his diary, “This is the most magnificent Movement of all. There is a Dignity, a Majesty, a Sublimity, in this last Effort of the Patriots, that I greatly admire. The People should never rise, without doing something to be remembered—something notable And striking.”5 But, Adams wondered, was the “destruction of this Tea . . . necessary?” He turned the question over in his mind, then continued:

I apprehend it was absolutely and indispensably so.—They could not send it back, the Governor, Admiral and Collector and Comptroller would not suffer it. It was in their Power to have saved it—but in no other. . . . Then there was no other Alternative but to destroy it or let it be landed. To let it be landed, would be giving up the Principle of Taxation by Parliamentary Authority, against which the Continent have struggled for 10 years, it was loosing all our labour for 10 years and subjecting ourselves and our Posterity forever to Egyptian Taskmasters—to Burthens, Indignities, to Ignominy, Reproach and Contempt, to Desolation and Oppression, to Poverty and Servitude.6

He recognized its significance: “This Destruction of the Tea is so bold, so daring, so firm, intrepid and inflexible, and it must have so important Consequences, and so lasting, that I cant but consider it as an Epocha in History.”7

Earlier protests throughout the colonies had led to the repeal of most of the unpopular taxes, but not the tax on tea. As a result, the liberty movement in America had faded nearly to dormancy. But the Boston Tea Party reignited the patriot cause.

Britain responded by closing the port of Boston and ordering that it remain closed until the tea was paid for. Loyalists argued that the colonists were being petty, for the tax on tea was a mere three pence per pound. Moreover, the East India Company tea was priced so far below the tea of American smugglers that even including the tax, it was the least expensive available in the colonies. But the protest was not about price; it was about principle. As Alexander Hamilton later put it:

They endeavour to persuade us, that the absolute sovereignty of parliament does not imply our absolute slavery; that it is a Christian duty to submit to be plundered of all we have, merely because some of our fellow-subjects are wicked enough to require it of us, that slavery, so far from being a great evil, is a great blessing; and even, that our contest with Britain is founded entirely upon the petty duty of 3 pence per pound on East India tea; whereas the whole world knows, it is built upon this interesting question, whether the inhabitants of Great-Britain have a right to dispose of the lives and properties of the inhabitants of America, or not?8

The Boston Tea Party was not the first nor would it be the last in the series of events that ushered in the “spirit of ’76” and the Revolutionary War. But its importance cannot be overstated. It convinced, among others, Virginians Patrick Henry, Richard Henry Lee, and a young Thomas Jefferson, among others, “of the necessity of arrousing our people from the lethargy into which they had fallen.” They organized a day of prayer and fasting “to inspire us with firmness in support of our rights,” and the effect throughout “the whole colony was like a shock of electricity.” They “declared that an attack on any one colony should be considered as an attack on the whole.”9 In his Summary View of the Rights of British America, Jefferson named a principle at the root of American discontent, writing, “Single acts of tyranny may be ascribed to the accidental opinion of a day; but a series of oppressions, begun at a distinguished period, and pursued unalterably through every change of ministers, too plainly prove a deliberate and systematical plan of reducing us to slavery.”10

The colonies responded to this “series of oppressions” by electing delegates to the first Continental Congress, which two years hence would declare American independence and found the first moral nation in history: the first country to be based explicitly on the principle of man’s “unalienable rights” to “Life, Liberty and the pursuit of Happiness.”

Today, as the city of Boston reenacts this resistance to the government’s “plan of reducing us to slavery,” let us all honor the principled colonists who threw tyranny overboard. And, in the words of Joshua Wyeth, one of the Tea Party participants, let us be “merry . . . at the idea of making so large a cup of tea for the fishes.”11

3. The Eleanor arrived with another 114 chests on Thursday, December 2; and the Beaver arrived, also with 114 chests, on December 15.