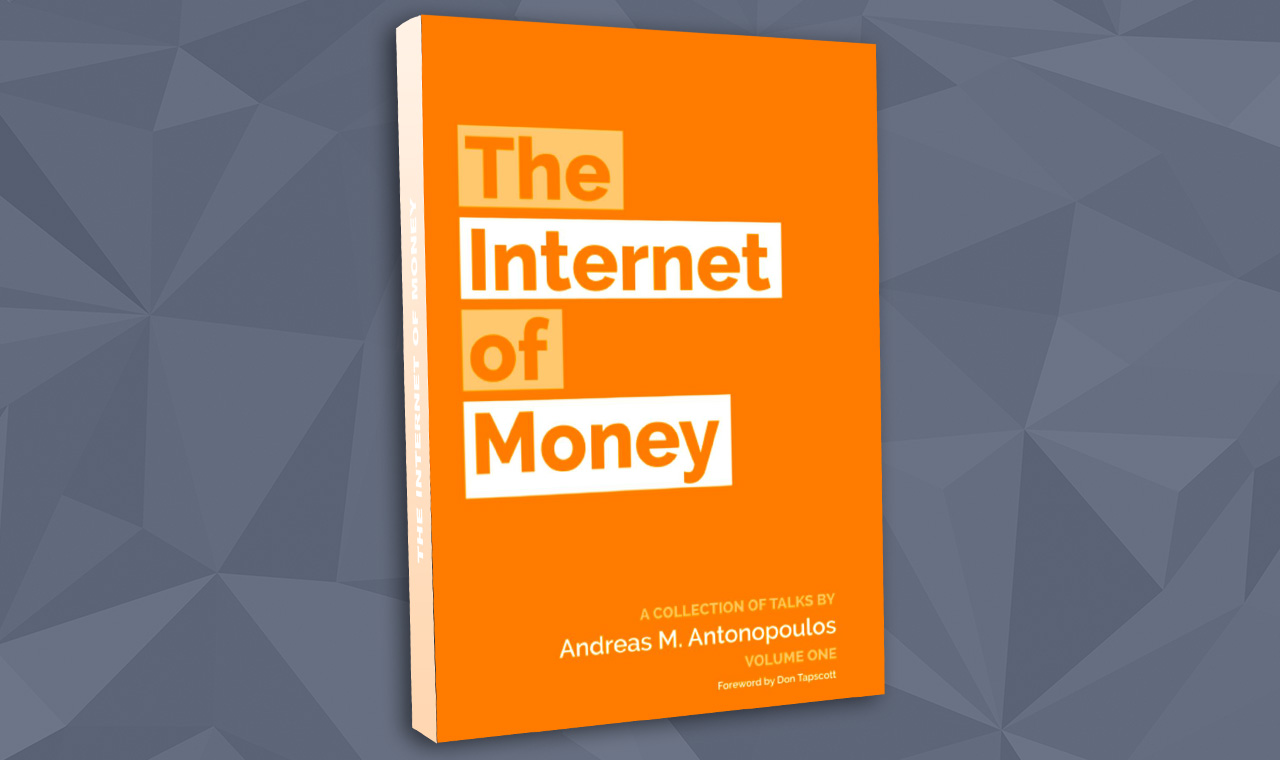 The Internet of Money, by Andreas M. Antonopoulos

As the price of Bitcoin has reached ever-greater heights (from $960 at the start of the year to more than $7,000 in early November), many prominent individuals have publicly commented on it. According to Bill Gates, “Bitcoin is better than currency.”1 John McAfee, the controversial founder of the security software company named after him, predicts that the price of Bitcoin will be $500,000 in the next three years.2 On the other hand, Nobel Prize-winning economist Robert Schiller says Bitcoin is a “fad,”3 while JPMorgan Chase CEO Jamie Dimon calls it a “fraud.”4

What exactly is Bitcoin? Why does it matter? And what are its future prospects?

Andreas Antonopoulos, a technologist and computer scientist, addresses these questions in his engaging book The Internet of Money, which is a collection of talks that he gave around the world from 2013 to early 2016. Antonopoulos is a leading expert, popularizer, and advocate of Bitcoin. He testified before a Canadian Senate Committee about Bitcoin and persuaded them to take a hands-off, wait-and-see approach rather than rushing in to regulate it.5 Whereas Antonopoulos’s first book, Mastering Bitcoin (2014), is a technical book written for software developers, The Internet of Money is for a general audience. . . .

View all articles by Michael Dahlen →
Letter to the Editor
When the ‘Right to Protest’ Is No Such ThingThe Vanishing American Adult, by Ben Sasse