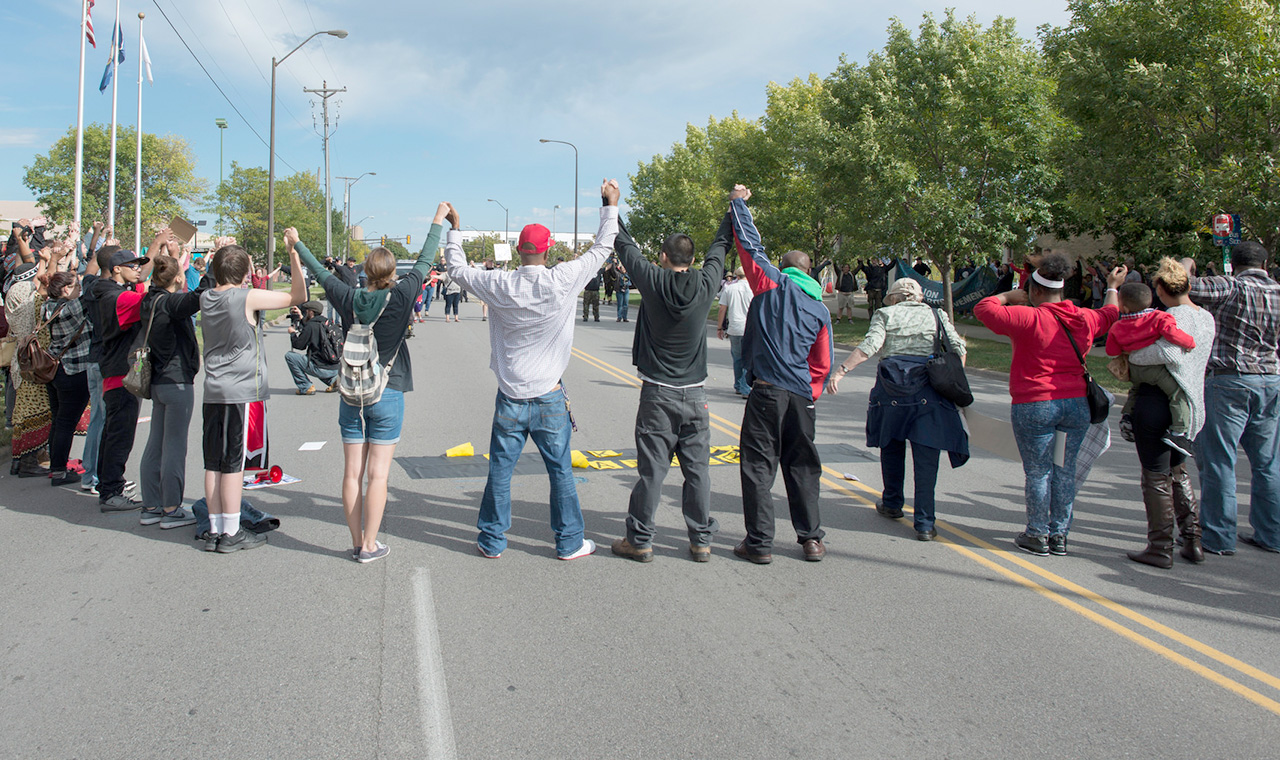 When the ‘Right to Protest’ Is No Such Thing

In 2014, students at Rutgers University gathered around the president’s office to protest the university’s invitation to Condoleezza Rice to speak at commencement. Tensions rose between the administration and students, but no violence was reported. One protest organizer, Sherif Ibrahim, told protesters: “Remember that if they drag you out, no violence. But this is your last chance to be in this building doing this, so do it right.”1 The students stayed in the building for several hours. When police informed them that they would be prosecuted for trespassing if they didn’t leave, they left.

Later in 2014, several students from the University of California San Diego blocked morning rush-hour traffic in La Jolla in protest of the Michael Brown shooting in Ferguson, Missouri. Protest leader Marcelis Muriel declared: “We do not engage. We are not violent. We are a peaceful protest.”2 Several angry commuters got out of their cars and yelled at the protesters. News footage shows one such driver, Tyree Landrum, wrestling Muriel’s bullhorn away.3 Still, Muriel and the other protesters did not fight back. When the police arrived and ordered the students to leave, they did. . . .

View all articles by Jonathan Townley →
A Plea for VoluntaryismThe Internet of Money, by Andreas M. Antonopoulos

4. Stickney and Gomez, “Protest Halts Traffic on NB I-5 in La Jolla.”