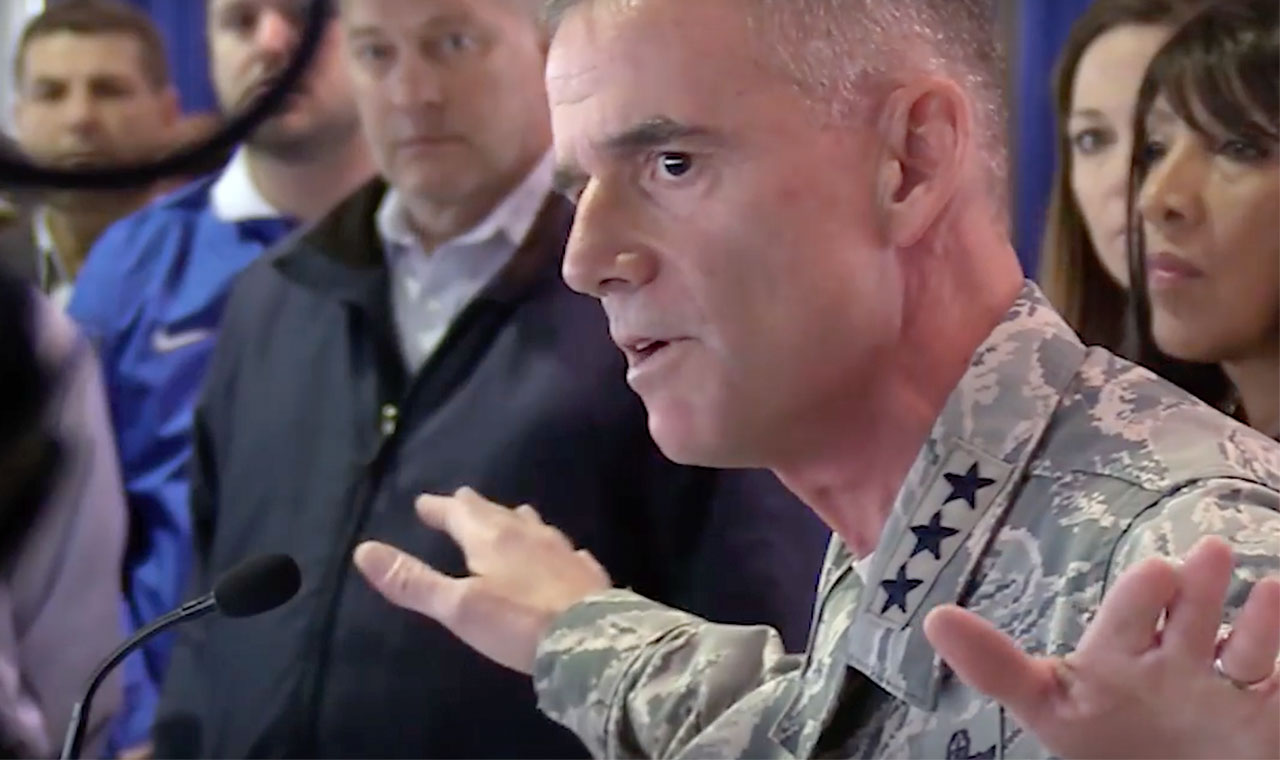 Lt. Gen. Silveria’s Stand Against Racism, and His Unfortunate Paean to “Diversity”

After racial slurs appeared on the message boards of five black students at the United States Air Force Preparatory Academy in Colorado Springs, CO., the school’s superintendent, Lt. General Jay Silveria, gathered the students and faculty and presented an ultimatum: “If you can’t treat someone with dignity and respect, get out.”1

Such intolerance for racism is tragically rare these days. And the public response was heartening. Videos of Silveria’s speech immediately went viral and garnered bipartisan praise. Joe Biden tweeted, “There is only one way to confront hatred and prejudice: head on. Well said, Lt. Gen Silveria.” John McCain tweeted, “Important statement by Lt. Gen. Silveria @AF_Academy. I agree, there’s no place for racism or bigotry in our military or this great nation.” CNN Writer Frida Ghitis wrote, “It is the speech we wish the President of the United States had delivered.”2

Lt. Gen. Silveria went on to say that “the appropriate response for horrible language and horrible ideas . . . is a better idea.” What is his better idea?

Although Silveria should be commended for standing up against the nonsense that a person’s character somehow depends on his race, the Lt. General’s claim that the solution involves “diversity” is problematic at best.

The word “diversity,” as used in this context, refers to variety in race, background, gender, and upbringing. But just as we shouldn’t judge an individual’s character on the basis of such nonessentials, we should not judge the “character” of a group on them either. To do so is to engage in, well, racism.

Advocacy of “diversity” as a good to be sought is advocacy of race-based judgment as a valid policy. This does not serve to fight racism; rather, it serves to perpetuate it.

A person’s character is a function of his ideas, choices, and actions. The same goes for a group—or, more precisely, for the individuals that make up the group. A group doesn’t gain virtue—or “power” to use Silveria’s term—by having a “diversity” of races, genders, sexual orientations, or the like. Rather, a group gains virtue by consisting of individuals who—regardless of race, gender, sexual orientation, or the like—are rational, honest, productive, just.

As for “diversity,” the only diversity that matters is a diversity of ideas, interests, skills, ambitions—characteristics that develop through rational choice. And in the context of a school, which exists in large part to expose students to important ideas, a diversity of ideas is most important. That is the diversity that fosters the kind of “power” that matters: the power to think clearly, judge rationally, act accordingly—and thus to produce, trade, and thrive.

2. Frida Ghitis, “The general's speech is the one we wish the President could make,” CNN, September 30, 2017, http://www.cnn.com/2017/09/29/opinions/the-generals-speech-we-wish-trump-could-give-opinion-ghitis/index.html.