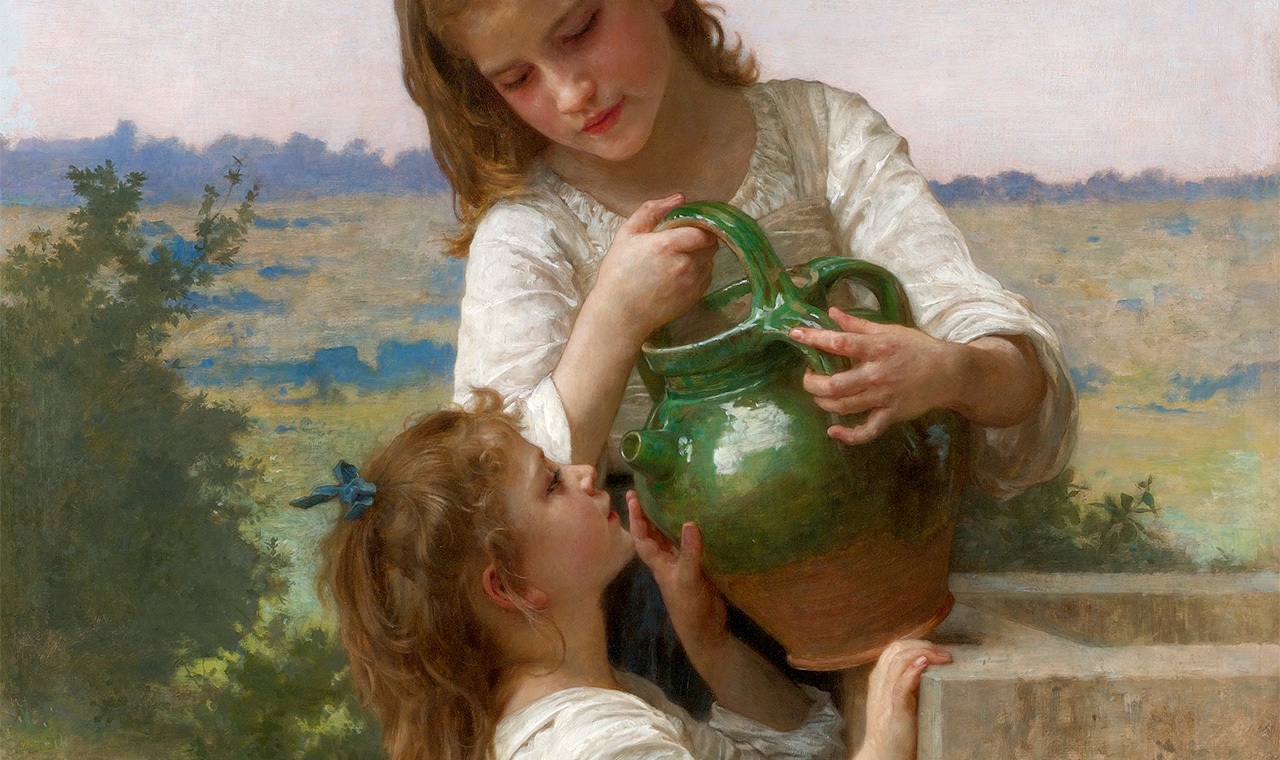 Close-up of At the Fountain, by William-Adolphe Bouguereau
Ayn Rand & Objectivism,  Philosophy

Can we gain selfish, life-serving values by engaging in acts of benevolence or generosity?

That question might strike you as ridiculous. Of course such acts can be in our self-interest. If we look at our lives and the lives of other people, we can see countless instances of people reaping life-serving benefits by being kind or generous: You hold the door for someone; he or she says, “thank you”; you feel good for having been kind. You feed your neighbor’s cat while he’s away; he’s appreciative; you’re happy to have helped. You mentor a young entrepreneur and provide guidance that augments his success; he’s grateful; you’re delighted. We could multiply such examples endlessly.

But the mere fact that an act of benevolence or generosity makes us feel good does not mean that it is in our self-interest. An altruist “feels good” about selflessly serving others—because he has accepted the notion that doing so makes him “moral”—yet doing so is actually bad for his life. Even a committed egoist can feel good about what amounts to a selfless act of benevolence or generosity—if he doesn’t understand why it is selfless. For instance, he might cheerfully donate to a charitable organization such as Greenpeace, whose mission includes destroying values on which human flourishing depends, such as the fossil fuel industry.1

Not all acts of benevolence and generosity are self-interested.

The objective standard for assessing such acts is not our feelings but the factual requirements of our life and happiness. And understanding how that standard applies to such acts is crucially important on two counts: First, knowing clearly, in terms of principle, when such acts are self-interested and when they are not enables us to act consistently selfishly in this area and thus to flourish all the more; second, such understanding fortifies our ability to champion rational egoism and to defend this vital morality against those who misrepresent and demonize it. So let’s proceed to identify the relevant principles.

Benevolence is the act of being kind or considerate. And generosity is the act of giving more than the recipient has reason to expect or a right to demand.2

Right off the bat we can see that such actions are not universally in accordance with the requirements of human life; thus they are not egoistic virtues per se. Whereas it is always selfish to be rational, honest, and just, it is not always selfish to be benevolent or generous; it depends on the context.3 Being kind to a known rapist, murderer, or jihadist would be immoral (unless you’re feigning kindness to capture him, thwart his efforts, infiltrate his group, or the like). And being generous to such a creature would be even worse.

You make your lover a candlelit dinner, put on his (or her) favorite music, and treat him to an evening of bliss; he’s elated; you’re ecstatic; your relationship strengthens and grows.

You tell your friend that she looks stunning in her new dress; she smiles with delight; you feel happy for her joy; your friendship advances once again.

You compliment your gardener on his artful landscaping; he feels proud; you feel good; your world is better for the exchange.

You tell a coworker how much you appreciate him covering for you when you were ill; he’s happy to have helped and appreciative of your appreciation; you both know you’ll reciprocate—and you both benefit from the mutual benevolence.

Similar examples abound. And what they collectively show is that, at least on a commonsense level, benevolence toward people we love, care about, or regard as respectable provides us with some kind and degree of life-serving value. Deeper and broader evidence lies ahead, but at this stage we can see that certain acts of benevolence support or lead to life-serving values, good relationships, even sexual ecstasy. Not a bad start.

The selfishness involved in being kind or considerate to people we love, care about, or respect, however, is relatively obvious. What about benevolence toward perfect strangers? . . .

2. Although some dictionaries define generosity as “the act or giving liberally” (or some equivalent), that doesn’t capture the essence of the concept; the meaning of “liberally” is too vague. For more on the meaning and definition of the term, see Tara Smith, Ayn Rand’s Normative Ethics: The Virtuous Egoist (Cambridge: Cambridge University Press, 2007), 257; and Ayn Rand, Letters of Ayn Rand, edited by Michael S. Berliner (New York: Dutton, 1995), 548.

3. To address a widespread confusion: Being honest is not necessarily the same thing as telling the truth. Honesty is the refusal to pretend that facts are other than they are, and it requires taking into account the full context of one’s knowledge. In the light of that requirement, lying can be an act of honesty. For instance, if a burglar asks whether you have a hidden safe, and you lie to him by saying “no,” you are not being dishonest; you’re being honest; you are accounting for all of the relevant facts—including the fact that he has no right to your property. The burglar is being dishonest; he is ignoring relevant facts and pretending that he has a right to your property. Given the purpose of morality, which is to sustain and further human life, honesty does permit a person to lie—if the lie is necessary to protect a legitimate value from a person (or group) that seeks to steal, harm, or destroy it. For more on this, see my book Loving Life: The Morality of Self-Interest and the Facts that Support It (Richmond: Glen Allen Press, 2002), 83–85.

4. I speak here and throughout this article of one’s intended hierarchy of values, which is not necessarily the same as one’s enacted hierarchy. For a discussion of the difference between these, see “Purpose, Value Hierarchies, and Happiness,” TOS Summer 2014, https://www.theobjectivestandard.com/issues/2014-summer/purpose-value-hierarchies-happiness/.

6. Ultimately, this is an application of the onus of proof principle: The onus (or burden) of proof is on him who asserts (or assumes) the positive. Treating someone poorly assumes a positive—namely, that he has done something morally wrong and thus deserves to be treated poorly. In order legitimately to treat a person as having done something wrong, we must have evidence to that effect. To treat someone as guilty without evidence is to treat him as guilty for no reason, which is absurd and unjust. Thus, if we have no evidence that someone has done something wrong, we have a logical and moral responsibility to treat him as innocent. This applies to strangers as well as to people we know.

12. For a discussion of how to establish and maintain such a hierarchy, see “Purpose, Value Hierarchies, and Happiness.”

13. The question of whether and when it can be selfish to risk one’s life to help others, including strangers, is a subject for another essay. I expect to write something about this in the near future.