The Shapiro Principle: A Godsend for Lovers of Liberty - The Objective Standard 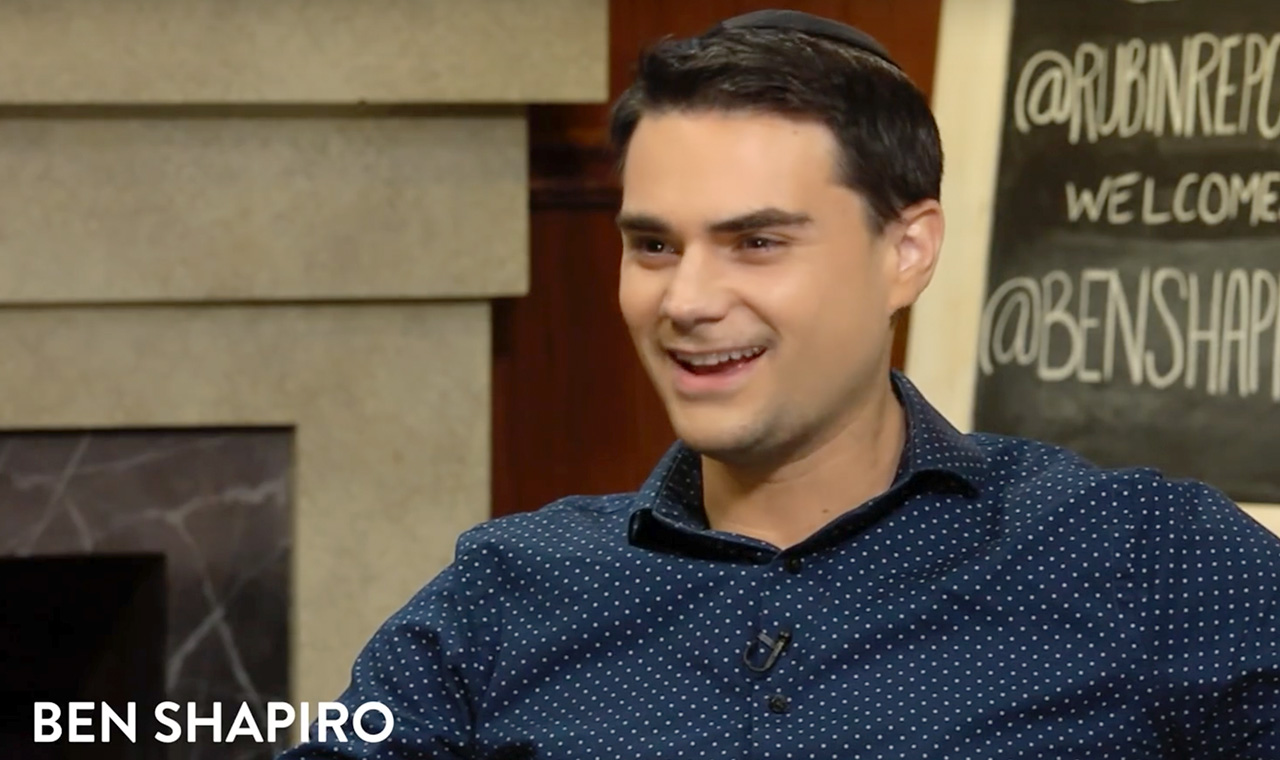 The Shapiro Principle: A Godsend for Lovers of Liberty

“I should be able to make a secular argument for why what I’m saying is right,” explains Ben Shapiro in an interview with Dave Rubin. “Otherwise we’re operating in different spheres. If I cite the Bible, it makes no difference to you if you don’t care about the Bible.”

That is a profoundly important truth, which henceforth may be called the Shapiro Principle.

The Shapiro Principle recognizes the fact that the only common ground that human beings have for discussion, argumentation, or persuasion is reason—that is, observation and logic applied to the world in which we live. If a person has faith in God or another dimension or a supernatural world, that is his prerogative. But he rationally cannot expect others to accept ideas based on faith.

If liberty-loving religionists would embrace the Shapiro Principle, they could join forces with liberty-loving secularists—and, together, we could form an unstoppable, reason-based, pro-freedom movement.

Think about it: A mass movement that grounds rights, freedom, and capitalism in reason, observation, and logic would spell the end of socialism, communism, theocracy, and every other form of statism. If such a movement took hold, statism as such would soon be tossed into the dustbin of history, where it belongs.

Toward that end, of course, we need rational, secular arguments for both absolute morality and absolute rights. Fortunately, thanks to Ayn Rand, we have them. Here are essay-length primers on both counts:

So, to all lovers of liberty, whether religious or secular: Are you in? Will you embrace the Shapiro Principle? You have nothing to lose, and enormous value to gain—namely: a civilized, rights-respecting society for yourselves, your children, your grandchildren, and all generations to come.

The Shapiro Principle is a godsend. Let’s all embrace it. Let’s make the future what it ought to be.

View all posts by Craig Biddle →
The Poor, Disabled, and Helpless Under CapitalismA Step Toward Rational Secularism Is Better than None
Return to Top