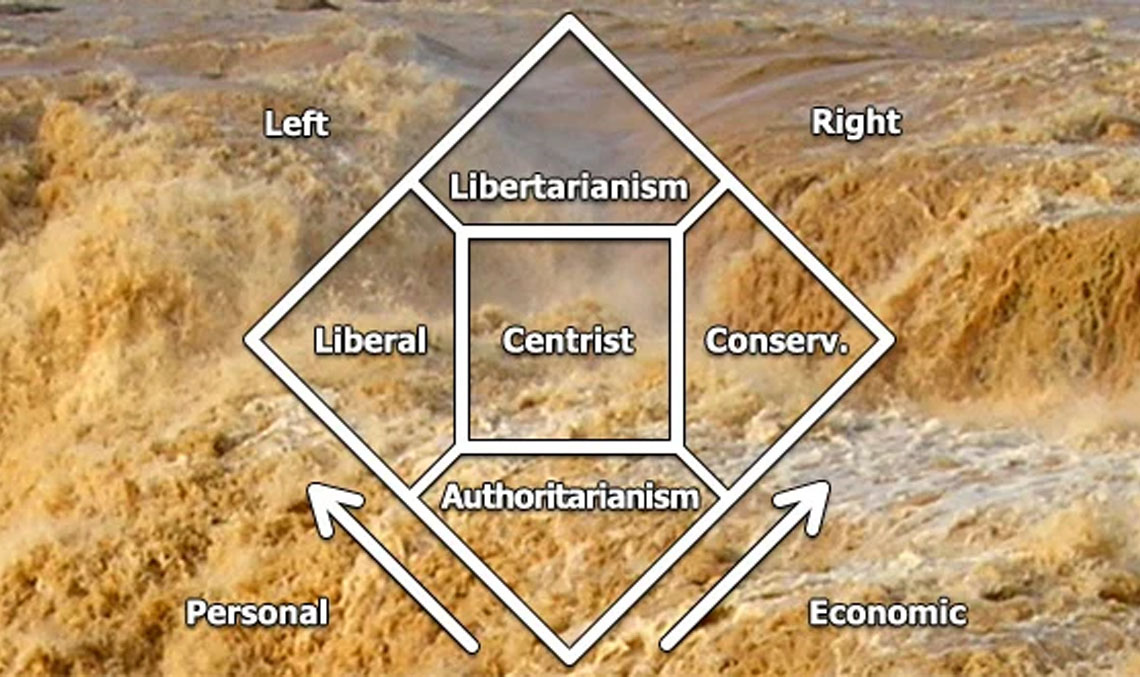 The Muddy Waters of the Nolan Chart

In response to my articles about the left-right political spectrum and the liberal right, readers have asked about my view of the Nolan chart. So I’ll say a few words about that here.

The Nolan chart (created by libertarian David Nolan in 1969) is a diagram with four corners—labeled libertarian, conservative, authoritarian, and liberal—that attempts to show political positions with regard to two axes: personal freedom and economic freedom. Its alleged value is that it presents political positions in a way that captures more data than does the left-right spectrum and thus makes room for “nuance.”

The actual effect of the Nolan chart, however, is to muddy political waters in myriad ways. Consider a few.

The Nolan chart treats the realm of politics as non-binary when, in fact, it is binary.

Politics is about freedom and force. Freedom is the condition in which a person is free to act on his judgment. Force is the opposite: To the extent that force is used against a person, he cannot act on his judgment; he is forced to act against it.

View all articles by Craig Biddle →
Richard M. Salsman’s The Political Economy of Public Debt Is Now AvailableRon Chernow Gets “America at Her Best Is Hamiltonian”
Return to Top