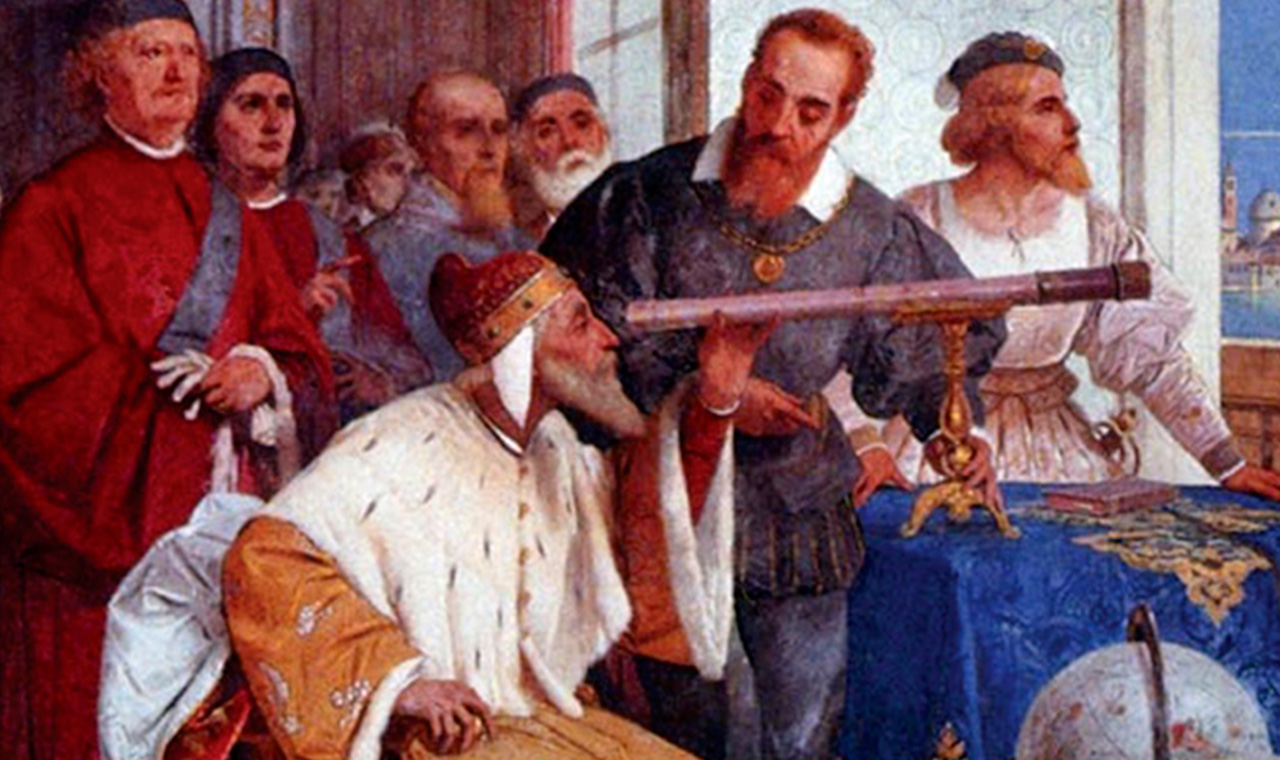 Giuseppe Bertini, Galileo Galilei Showing the Doge of Venice How to Use the Telescope
Philosophy

But that notion is demonstrably false and morally disastrous.

Objective morality does not depend on the existence of “God.” And that’s a good thing, too. Among other reasons: (a) There is no evidence for the existence of God, which is why no one has ever provided such evidence. And (b) according to the scriptures of each of the three major religions—Judaism, Christianity, and Islam—God commands murder, commits mass murder, condones slavery, authorizes rape, and sanctions other atrocities.1

Further, morality based on commandments is not objective but subjective; it is based on assertions issued by the alleged ruling consciousness; thus, whatever that consciousness commands—whether to love your neighbor or to beat your wife or to murder unbelievers—is “moral” simply because he said so. That is the very essence of subjectivity. . . .

3. Recognition of this fact is the death knell of the entire duty-based approach to ethics advocated by Immanuel Kant and his followers. If man needs morality or values, then he must need them for some life-serving purpose. What else could “need” mean? If man doesn’t need values, then there is no point in telling him which values, much less which code of values, he should adopt.

10. Observe, in this connection, that people who use moral terms—such as “good” and “evil,” or “should” and “shouldn’t”—while denying the existence of free will commit the fallacy Ayn Rand called “concept stealing,” which consists in using a concept while ignoring or denying a more fundamental concept or fact on which it logically depends. If people have no choice in their actions, if they are predetermined to act as they do, then moral terms have no referents in reality. What could “ought” mean if a person has no more choice in what he does than he did about whether or not to be born? What could “evil” mean if everything people do is as out of their control as the fact that water is wet? The existence of morality depends on the existence of free will. Thus, to use a concept such as “morality” or “virtue” or “should” or the like while denying the existence of free will is to rip the concept away from its foundation and the context that gives it meaning. For a particularly egregious example of this fallacy, see Sam Harris’s denial of free will in conjunction with his book The Moral Landscape: How Science Can Determine Human Values (New York: Free Press, 2010). In that book, Harris sets forth his views on how we can know what is moral and immoral and how we should and shouldn’t act. However, he also says that “free will is an illusion” and that “you are no more responsible for the next thing you think (and therefore do) than you are for the fact that you were born into this world” (104). Well, if people don’t have free will and are not responsible for their thoughts or actions, why write a book about how people should and shouldn’t act? If they have no choice in the matter, they have no choice in the matter.

11. See my essay “The Creed of Sacrifice vs. The Land of Liberty,” The Objective Standard, Fall 2009.

12. See my article “Altruism: The Morality of Logical Fallacies,” TOS Blog, May 22, 2006, https://www.theobjectivestandard.com/2006/05/altruism-the-morality-of-logical-fallacies/.

13. Whereas the broadest, most basic definition of the concept “value” is, “that which one acts to gain or keep,” once we have used this basic definition in conjunction with various other observations and integrations to arrive at the objective standard of moral value (i.e., the requirements of human life), we can then see that a morally correct value is defined as, “that which one rationally acts to gain or keep for the purpose of sustaining or furthering one’s life.” For more on these two definitions, see Leonard Peikoff, “Unity in Epistemology and Ethics” lecture (New Milford: Second Renaissance Books, 1997); and my book Loving Life, especially chapters 3, 4, and 6.

15. The choice to use reason or not to use it—to think or not to think—is, as Rand observed, the locus of our free will. Free will “is your mind’s freedom to think or not, the only will you have, your only freedom, the choice that controls all the choices you make and determines your life and your character.” Rand, For the New Intellectual (New York: Signet, 1963), 127.

20. For more on the nature of individualism and its opposite, collectivism, see my essay, “Individualism vs. Collectivism: Our Future, Our Choice,” in The Objective Standard, Spring 2012.