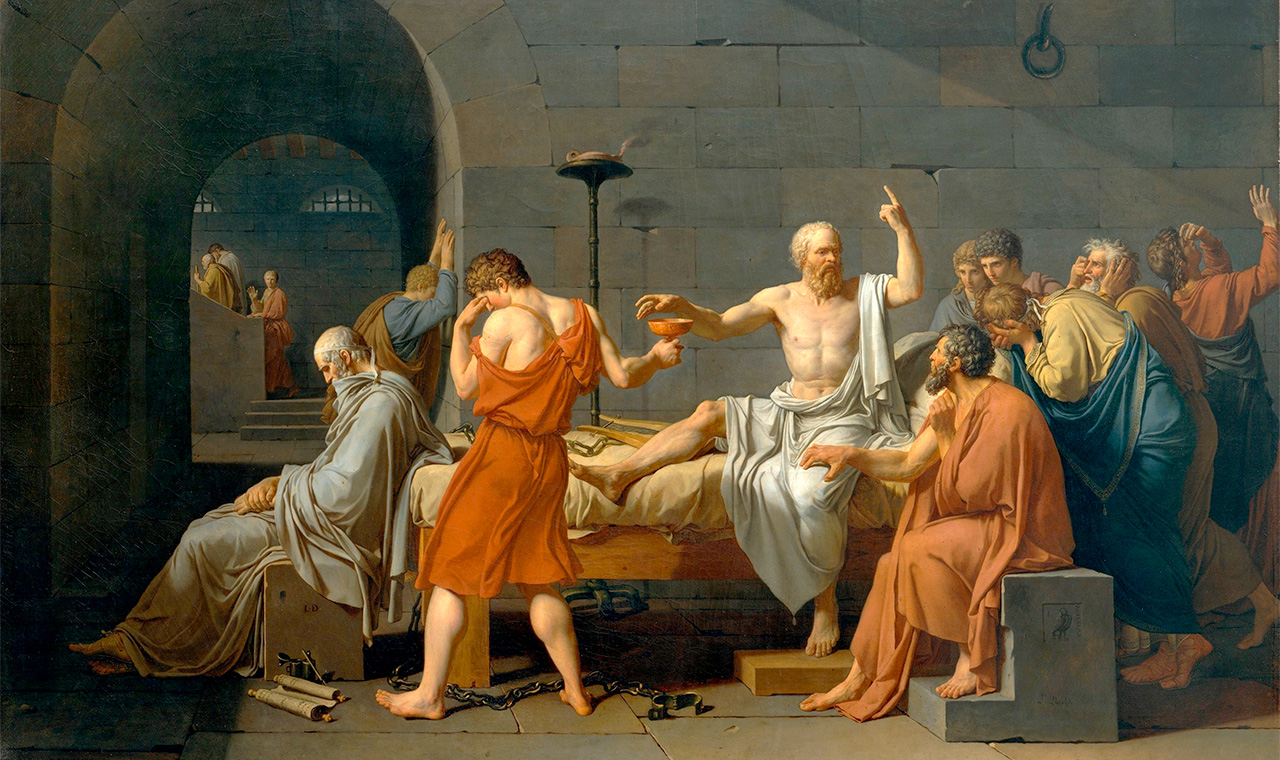 The Greeks and America’s Founding Fathers Part 2: Learning What Not to Do

Editor’s note: This article is part two of a three-part essay adapted from a lecture series created for the Politismos Museum of Greek History. Part one was published in the Fall 2016 issue of TOS, and part three will be published in the Spring 2017 issue.

In part one of this essay, I said that America’s founders modeled themselves more on the Romans than the Greeks. There were several reasons for this, including the fact that in their day, much of ancient Greek literature was still undiscovered or unavailable in English translation. Also, the British Empire enjoyed the pretension of following in the footsteps of Rome. But another important reason was that, for the American founders, ancient Greece stood more as a warning than a model. Although Greek philosophy was a basic framework for the founders’ thinking, Greek political writings were of less importance to America’s founders than were the writings of such Romans as Cicero or Tacitus. Thomas Jefferson explained why in an 1816 letter in which he essentially brushed aside Aristotle’s Politics as largely irrelevant to the American Constitution. This may seem surprising, given that Jefferson elsewhere cited Aristotle as one of the four most important political thinkers for the American Revolutionaries—the others being Cicero and the Englishmen John Locke and Algernon Sidney.1 But he explained that “the style of society” in ancient Greece was

so different . . . from what it is now and with us, that I think little edification can be obtained from their writings on the subject of government. They had just ideas of the value of personal liberty, but none at all of the structure of government best calculated to preserve it. They knew no medium between a democracy . . . and an abandonment of themselves to an aristocracy, or a tyranny independent of the people. It seems not to have occurred that where the citizens cannot meet to transact their business in person, they alone have the right to choose the agents who shall transact it; and that in this way a republican, or popular government, of the second grade of purity, may be exercised over any extent of country. The full experiment of a government democratical, but representative, was and is still reserved for [the Americans to try].2

In other words, the principle of elected representation was a revolution in political thinking. There were elements of it in the British Parliamentary system—though the House of Lords was still an aristocratic body, and the House of Commons was so badly apportioned that it was not really representative. And there were elements of it in the Roman Senate, which was not elected at all. But a government in which the people chose representatives to deliberate over public business and be responsible to the voters had never been tried on anything like the scale of the American Constitution. Indeed, according to the Oxford English Dictionary, the earliest appearance of the word “responsibility” was in The Federalist, written in 1788 by James Madison, Alexander Hamilton, and John Jay as part of the campaign to persuade Americans to adopt the Constitution.3

This concept of representation, however, turned on a deeper distinction between the Greek and the Roman legacies. That was the principle of the rule of law. The history of the Greek city-states was a history of turbulence and warfare, and those city-states were themselves either tyrannies such as Sparta or direct democracies such as Athens. Tyranny and democracy are Greek words, and both have essentially the same connotations: lawless rule in which citizens enjoy no protections against the government. “Had every Athenian citizen been a Socrates,” wrote James Madison in the Federalist, “every Athenian assembly would still have been a mob.”4

True, we find a basic conception of the Rule of Law in the writings of Aristotle and some others, but the history of ancient Greece, and particularly of Athens, showed that these principles were more often betrayed than honored. Rome stood for the principle of law, as opposed to democracy: The Roman ideal was a society in which everyone was bound by reasonable, comprehensible rules, rather than being subject to the shifting, unpredictable will of the majority.

The historian Polybius, writing during the Roman republic, thought the history of the Greek city-states revealed a six-step cycle. This begins with despotism, but when the people can no longer stand being ruled by a despot, a few brave leaders rise to overthrow their oppressors. Those leaders then become an aristocracy, but their children grow up in luxury and excess, and are prone to “avarice and unscrupulous love of money . . . to drinking and . . . debaucheries . . . [or] to the violation of women or the forcible appropriation of boys.” They abuse their power until the citizens finally overthrow them, too. “[B]eing still in terror of the injustice to which this led before,” the people do not dare to trust any new ruler, so they take the power into their own hands. This is democracy. But democracy can only last a generation or two, because

as soon as . . . the democracy has descended to their children’s children, long association weakens their value for equality and freedom, and some seek to become more powerful than the ordinary citizens; and the most liable to this temptation are the rich. So when they begin to be fond of office, and find themselves unable to obtain it by their own unassisted efforts and their own merits, they ruin their estates, while enticing and corrupting the common people. . . . [W]hen, in their senseless mania for reputation, they have made the populace ready and greedy to receive bribes, the virtue of democracy is destroyed, and it is transformed into a government of violence and the strong hand. For the mob, habituated to feed at the expense of others, and to have its hopes of a livelihood in the property of its neighbors, as soon as it has got a leader sufficiently ambitious and daring . . . produces a reign of mere violence. Then come tumultuous assemblies, massacres, banishments, redivisions of land; until, after losing all trace of civilization, it has once more found a master and a despot.5

This warning was well founded. Consider the history of just one city: Athens. In 508 BC, Cleisthenes established the foundation of what we call the Athenian democracy by dividing up the traditional tribal alliances into a more modernized voting system. Eighteen years later came the glorious victory over the Persians, and shortly thereafter the Greeks formed the Delian League, pledging their alliance against the Persians. Only eighteen years later, the Peloponnesian wars began, which lasted until 445, during which time Pericles and other aristocrats exercised virtually unlimited authority under Athens’s so-called democracy. War with Sparta erupted again in 432 and lasted until 404, when victorious Sparta abolished the democracy and instated an occupation government known as the Thirty Tyrants. Democracy was again restored a year later, but in the 330s, the Macedonians, Philip and Alexander, took over Athens, and the democracy was essentially destroyed.

To put that in perspective, the Athenian democracy lasted about 170 years, roughly the same amount of time that California has been part of the United States. That does not count the various temporary interruptions of democratic rule. Of that 170 years, at least 114 were years of war. Little wonder that James Madison regarded the Athenian democracy as a failure. “[D]emocracies have [always] been spectacles of turbulence and contention,” he wrote, “have [always] been found incompatible with personal security or the rights of property; and have in general been as short in their lives as they have been violent in their deaths.”6 In other words, Greek history taught America’s founding fathers what not to do. . . .

7. Will Durant, The Life of Greece (New York: Simon & Schuster, 1960), 122. It need hardly be added that the ancient Greeks, lacking all but a rudimentary concept of individual rights, also lacked any foundation for understanding laissez-faire capitalism.

37. See also Federalist No. 22 (Alexander Hamilton), in The Federalist, 145: “It has not a little contributed to the infirmities of the [Articles] that [they] never had a ratification by the people,” but depend “on no better foundation than the consent of the several Legislatures.”