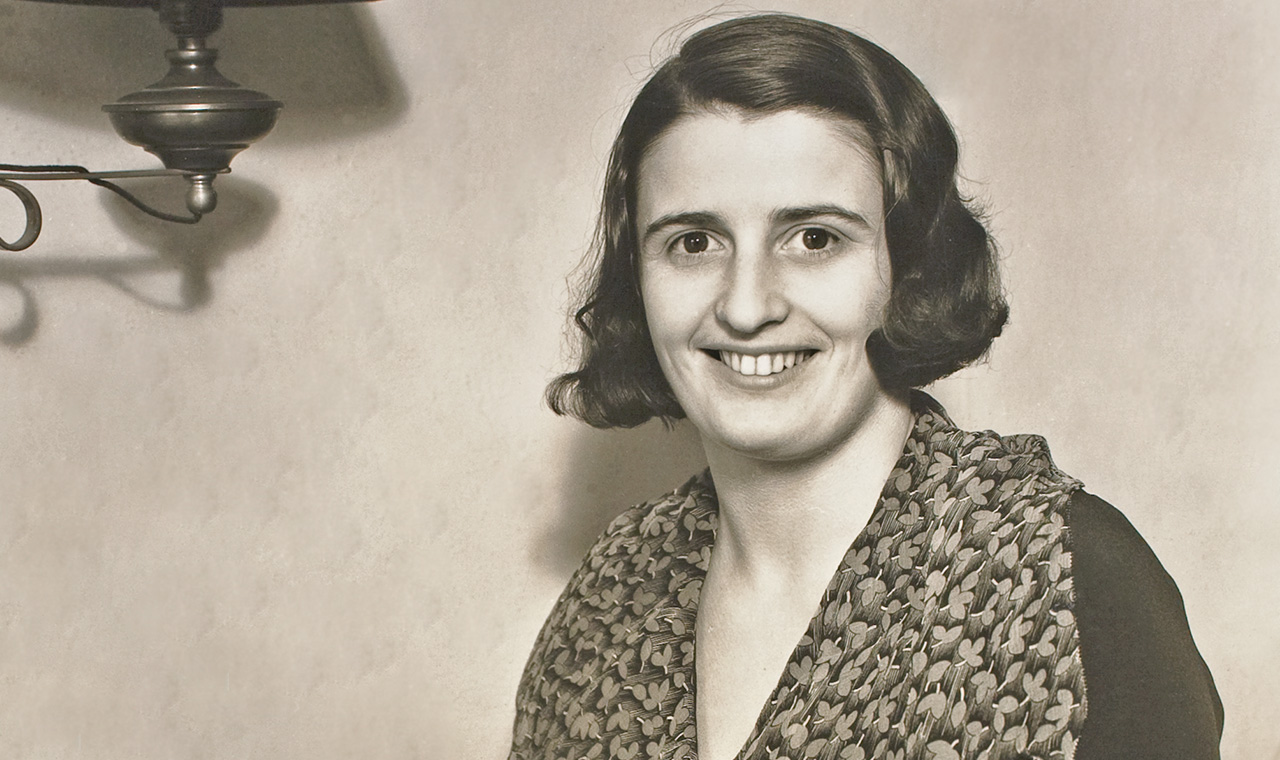 Born and raised under the religious collectivism of czarist Russia and then the Marxist collectivism of the Bolsheviks, Ayn Rand became a champion of Western, non-Russian thought: realism, reason, and individualism. This essay provides a brief survey of her intellectual and professional development.

Ayn Rand was born Alisa Rosenbaum on February 2, 1905, in St. Petersburg, Russia. Her parents, though not professional intellectuals, had intellectual interests, from politics to the arts. Her father, Zinovy Zacharovich, had attended university and was a pharmacist. Well read and interested particularly in politics, he had aspired to be a writer and, Rand reported, considered spreading ideas to be the most important thing a person could do. Her mother, Anna Borisovna, was a language teacher and held salons in her home, where she hosted intellectual discussions.

The intellectual atmosphere of the Rosenbaum family seems to have been rather typical for a European-oriented upper-middle-class family of the early 20th century. Of particular significance were two aspects of Rand’s family life, one positive and one neutral. Among family members, Enlightenment premises such as free will and the importance of individual responsibility, purposefulness, and pride were widely accepted. These comments in letters from her mother are typical:

Everyman is an architect of his own fortune. . . . Every person is the maker of his own happiness.1

[I]t is boring to walk down a smooth, well-trodden path. Anyone can do that. It is conquering one obstacle after another, getting around barrier after barrier, all the while traveling toward one’s firmly chosen goal—that is the fate only of those of strong character. The weak immediately doubt their own abilities and the rightness of their choice. They bow their heads, leave the road, lower their arms and obey the orders of those stronger than they. The strong, who grow stronger in battle, become ten times as strong, lift their heads high and without looking sideways, will walk down their chosen road with firm steps, knowing that they have the right to it and that in front of them lies the goal which they had been striving toward all their lives and which they will reach regardless of any obstacles.2

Perhaps more important than these positive values was the relative lack of negative values, for the young Alisa basically was left alone to develop on her own. Her mother nagged her about such mundane things as diet and health, and she disapproved of Alisa’s choice of career, but she was not greatly intrusive on this issue. In fact, she provided Alisa with a French tutor and challenging reading material.

Mother literally did not allow me to read any Russian classics apart from whichever we got in school—until I graduated from high school. She insisted that we read French. It was strictly for the purpose of having us at home in the language. So it’s she who started me on Hugo. And Dumas. But not Russian classics. It wasn’t censorship because we were too young; it was strictly a linguistic issue.3

Even regarding religion, her family was nonintrusive. They were at least nominally Jewish—her mother spearheaded the celebration of the High Holidays, but her father was an agnostic, and the family even had Christmas trees. Her mother was more of a classic Reformed Jew, that is—as Rand later put it—“she was religious in a kind of emotional way, but not by conviction, more by tradition,” and probably to please her own mother. As a result, no attempt was made to force religion on the Rosenbaum children, nor were they subjected to any religious training. They were fortunate because what they “missed out on” is one of the principal obstacles that children have to overcome in their development into rational adulthood; Alisa did not have to spend mental energy overcoming the irrationality of religion. The children were, as Rand said, “neglected intellectually,” but she realized that this had an advantage: “[Mother] didn’t try to inculcate any conventional morality or anything.”

In sum, the Rosenbaum household was one that at least allowed for—if not actually fostered—the development of an independent thinker.

Rand described the leitmotif of her early years as a quest for “whys.” This curiosity was fostered when she taught herself to read at the age of six, two years before she would have learned reading in school. She was aware of books and reading, and was unwilling to wait.

It was simply that there is such a thing as reading and writing and I wanted to know how it’s done. . . . I grasped what it was that reading consisted of, and I asked people to show me how to write my own name. And I wrote in block letters. Then I would ask different words. And learn more letters. . . .

Michael Berliner is the founding executive director of the Ayn Rand Institute, served as cochairman of ARI’s board of directors, and is currently senior adviser to the Ayn Rand Archives. He is editor of Letters of Ayn Rand and Understanding Objectivism and taught philosophy and philosophy of education for many years at California State University, Northridge.

View all articles by Michael Berliner →

Vaccine Facts, Falsehoods, and Best PoliciesThe Greeks and America’s Founding Fathers Part 2: Learning What Not to Do

3. Unless otherwise indicated, all quotes from Ayn Rand are from her 1960–1961 biographical interviews, audio tapes and a transcript of which are housed at the Ayn Rand Archives, Irvine, CA.

7. In her essay “The Education of Kira Argounova and Leo Kovalensky,” Shoshana Milgram makes a convincing case that, in recounting the incident, Ayn Rand confused Professor Losskii with the actual teacher of her course, Alexandr Vvendensky. See Robert Mayhew, ed., Essays on Ayn Rand’s We the Living, 2nd ed. (Lanham, MD: Rowman & Littlefield, 2012), 92–94.

9. Ayn Rand’s movie diary (1922–1929) is reproduced (along with an English translation) in Russian Writings on Hollywood.

10. The Angel of Broadway, Craig’s Wife, and His Dog were produced in 1927–1928. Copies of Ayn Rand’s coverage are in the DeMille Collection at Brigham Young University, Salt Lake City, UT; and the Ayn Rand Archives.