The Greeks and America’s Founding Fathers Part 1: The Greek Frame - The Objective Standard 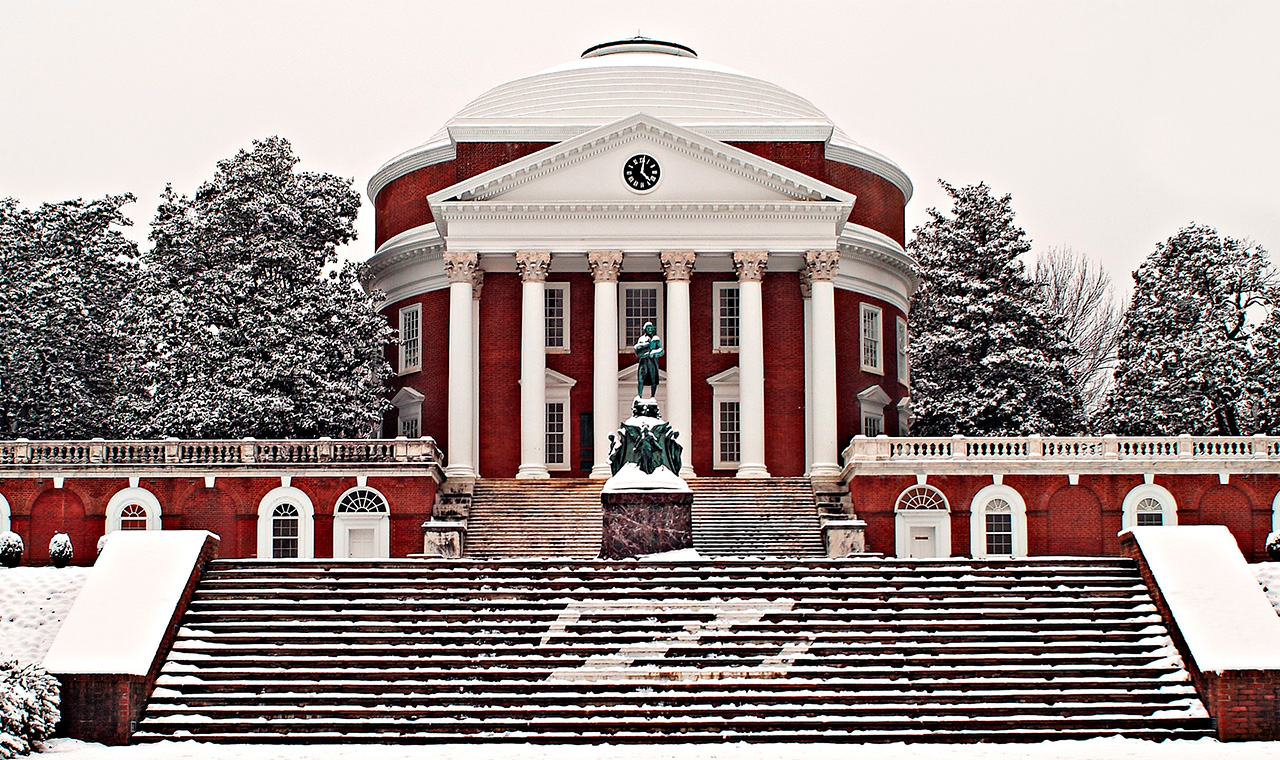 The North portico of the Rotunda at University of Virginia, Wikimedia
History,  Philosophy,  Politics & Rights

The Greeks and America’s Founding Fathers Part 1: The Greek Frame

Editor’s note: This article is part one of a three-part essay adapted from a lecture series created for the Politismos Museum of Greek History. Parts two and three will be published in the Winter 2016–17 and Spring 2017 issues of TOS respectively.

No place in America more perfectly symbolizes the influence of the Greeks on America’s founding fathers than the central lawn of the University of Virginia in Charlottesville. The lawn is framed on three sides by the central Rotunda, which housed the library like the brain of the school, and the two porticoes that reach out like arms and originally housed the dormitories. Some students still reside in them today. The architect who designed these buildings was, of course, the university’s founder, Thomas Jefferson, who among his many other accomplishments was one of America’s first architects.

The style is Roman, and therefore, essentially Greek. Jefferson designed the buildings as a teaching device for the university’s architecture students. As they walk along the central lawn, students can see each of the classical orders represented: Doric, Ionic, Corinthian, and composite.

One reason the university so aptly represents the Founders’ connections to the Greeks is that they largely knew of the Greeks through the Roman lens, not just in building but in thought as well. Jefferson got his classical Greek architecture from Roman models. And it is largely thanks to his efforts that to this day, our government buildings are primarily classical in style. It was his copy of the Roman temple known as the Maison Carrée in Nîmes, France, that became the state capitol building for Virginia. He also collaborated with Benjamin Latrobe in designing the first version of the U.S. Capitol building and even secretly entered a classically inspired design in the competition for the president’s house. In all of these, his model was Italian architecture, adapted to local needs in various elegant ways. Most notably, both his home, Monticello, and the university, though classical in design, are built from brick made locally out of Virginia soil. Jefferson was a state-of-the-art thinker, made—like his buildings—of Virginian materials. But his mind was fashioned on classical forms.

As in their architecture, so in their thought, America’s founding fathers looked primarily to the Romans for their political and legal foundations, but what they found were ideas that largely originated with the Greeks. In some cases, this was because the original writings of, say, Plato and Aristotle, either were still lost, or were obscured by poor translations or by fake books falsely attributed to the ancients during the American Revolutionary period. Despite his classical education, which enabled him to read Greek and Latin—as well as Spanish, Italian, French, and Anglo-Saxon—Jefferson was not adept at spotting forgeries. Among his favorite poets was “Ossian,” purportedly an ancient Anglo-Saxon poet whose work was actually forged by the man who claimed to be his translator. During Jefferson’s life, it was fairly well known among educated men that Ossian was a fake, but Jefferson couldn’t bring himself to believe it.1

As for the ancient Greeks, many were known to the Founders through the Roman lens as well. They got their Plato and Aristotle largely through Cicero, for example, and their Epicurus through Lucretius—as we still do today.

I want to focus on Epicurus and Lucretius, because even now Epicurean ideas are not as instantly recognizable to ordinary people as those of Aristotle or Plato. Yet Epicurus had the strongest influence on Thomas Jefferson. This is less true of political ideas—Greek politics largely served the Founders as models to avoid, rather than ideals to be imitated—than of his ideas about the nature of man and what the good life should be. But as we shall see, all of these ideas came together in Jefferson’s final and proudest achievement.

Epicurus was born on Samos in 341 BC. As a young man he moved to Colophon, on the coast of present-day Turkey, and then in 306 BC, to Athens, where he founded a school known as the Garden of Epicurus, not far from Plato’s Academy and Aristotle’s Lyceum. He was a brilliant and prolific writer and thinker. Yet thanks to the war against his ideas that Christians waged during the Medieval period, Epicurus has been largely obliterated from our history. Of the three hundred or so books Epicurus is said to have written, only four letters remain today, in addition to some scattered passages quoted in other manuscripts and collected in lists of aphorisms. We also have the writings of some of his followers, the most important of which is the incomplete epic poem De Rerum Natura by Lucretius, a Roman who lived two and a half centuries after Epicurus, between 99 BC and 55 BC. Even his beautiful and intriguing poem was lost to the West for centuries after the fall of Rome and was not published in translation until less than a century before Jefferson’s birth.

Given how little is today remembered about him, one might imagine that Epicurus was . . .

3. A. E. Stallings, trans., Lucretius: The Nature of Things (London: Penguin, 2007), p. 6. Stallings’s translation is less literal than others but so much lovelier, I cannot resist using it.

21. An excellent biography of Bacon that focuses heavily on his work as a legal scholar and philosopher is Daniel R. Coquillette, Francis Bacon (Palo Alto, CA: Stanford University Press, 1992).

38. These dinners were, of course, cooked and served by slaves. But then, so were the dinners eaten by Epicurus and his friends. Epicurus owned at least one slave, whom he freed in his will. Diskin Clay, “The Athenian Garden,” in Cambridge Companion, p. 27.

42. Voltaire, of course, parodied this savagely in Candide.

46. Jon Meacham, Thomas Jefferson: The Art of Power (New York: Random House, 2012), makes this point, although the title wrongly suggests that Jefferson sought power for its own sake. As Meacham’s text makes clear, however, Jefferson sought to use political power to implement his vision of a just society, which, in Jefferson’s words, would “restrain men from injuring one another” and “leave them otherwise free to regulate their own pursuits of industry and improvement.” First Inaugural Address, in Jefferson: Writings, p. 494.