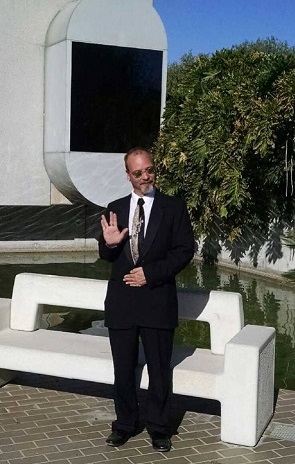 One reason many people are insufficiently adamant about ending jihad against the civilized world is that the victims of the attacks are so distant as to seem merely like names and faces. Timothy Sandefur’s tribute to his adoptive brother, Daniel Kaufman, provides a much-needed reminder that the victims of jihadist attacks are—or were—individuals, just like you and me, with values, goals, families, friends, futures.

This is what jihadists want: They want to destroy those who want to live. They aim to kill people who use their minds, pursue their values, and live and love their lives on Earth. As Sandefur puts it: “Danny was an human being capable of thought and love. That was enough to make him dear to us—and to make him a target for jihad.”

This is no exaggeration. Jihadists attack Westerners because we think and love, because we use reason and pursue happiness, and because we embrace the Western values that enable us to do so: individual rights and political freedom. All of this is the opposite of submission to the will of “Allah.” And jihadists demand that we submit to Allah or die.

Such an enemy clearly cannot be reasoned with. Such an enemy can be dealt with only in one way. As Sandefur puts it, “there is no solution to the jihadist threat short of victory.”

Unfortunately, observes Sandefur, the United States has not chosen to pursue victory. It has not even chosen to name the enemy.

[O]fficials of both parties have refused to face the fact that we are targeted by theocratic totalitarian movement, funded and overseen by Saudi Arabia and Iran, among others, which is committed to the destruction of the values essential to civilization.

In addition to advocating that our government(s) identify our enemies and achieve victory against jihadists and their state sponsors, Sandefur writes that we must respond in our daily lives “in just the way that our enemy most despises: by living our lives exactly as we would have done” anyway.

That means cherishing our freedom; celebrating our secular, free institutions; relishing the pleasures of life as physical beings; respecting the special spark in each individual person—here, in this world, during this life. Our values triumph each time we exercise them.

In yet another philosophically profound passage, Sandefur addresses the meaning of evil:

For centuries, people have pondered the meaning of evil. But the solution to the riddle is that evil has no meaning. Evil is the absence of meaning; it is meaninglessness. To build, to create, to act in the world—these all have meaning. Evil cannot. It is only a black hole that can tear apart meaningful things, and return them to the hollow silence of the universe. This is what we mean when we say that evil is “banal.” It lacks the infinite grandeur of even a grain of sand, let alone of laughter, or of a kiss. In that sense, evil does not matter. It is incapable of mattering. It cannot live or mean things. The best it can do is look on in ire, envy, and despair. And the envious are always walled off from the world that we, the living, inhabit, by an invisible and impervious barrier that they erect themselves. . . . Therefore, we shall live. We shall be joyful, hard-working, silly, creative, and smart and sexy and brave and fun.

Read Sandefur’s whole piece. And share it with friends and family.

If we want to end this jihad, we need to bear in mind that we are being targeted because we choose to think and live and love. We need to see not only the names and faces of the victims, but also their lives as the unique and irreplaceable lives of our neighbors, friends, brothers. We need to defy this murderous cult by living—in the full sense of that term. And we need to achieve victory by waging the kind of war required for victory.

Our condolences, Mr. Sandefur, to you and your family and all who knew and loved Danny. And thank you for introducing us to him. We needed that.