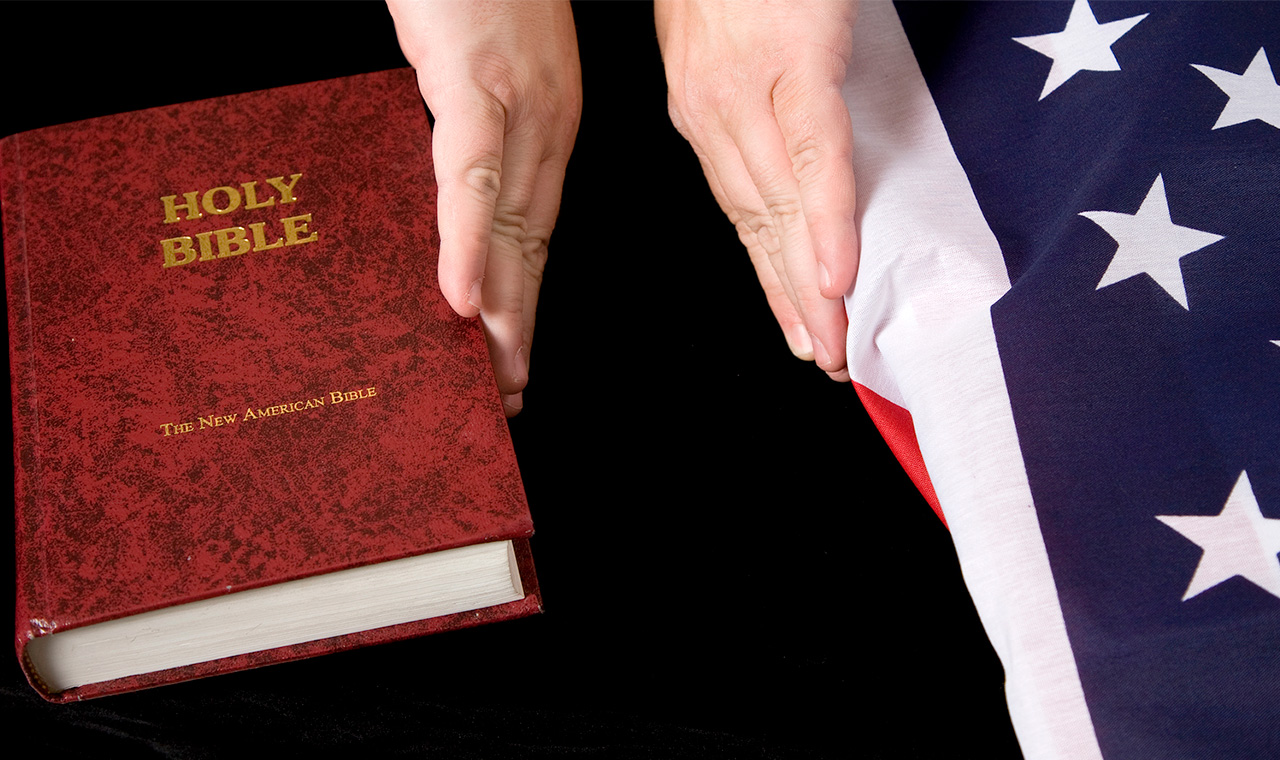 The New Testament Versus the American Revolution

In America today, it is an article of faith among conservatives that the original political ideas of the United States are rooted in the Bible. Conservatives sometimes suggest that the American Founders were divinely inspired while composing the Declaration of Independence and the Constitution. Glenn Beck, for example, has said, “It was God’s finger that wrote the Declaration of Independence and the Constitution. This is God’s country!”1 Some hold that the values implicit in the Gospels were carried directly into America’s founding ideology. They treat America’s founding documents as a kind of “Third Testament”—a follow-through on the agenda and message of God Himself. In advocating that Bible-based ethics be taught in public schools, conservative pundit Bill O’Reilly asserts, “Kids need to know what [the] Judeo-Christian tradition is because that’s what all of our laws are based on. That’s what the country’s philosophy is based on. . . . That’s what forged the Constitution.”2

But conservatives do no justice to the Christian Bible or to the Founders when they claim that the first provided the philosophical basis for the second. The Enlightenment ideas of America’s Founders were revolutionary, and the New Testament ideas of the previous two thousand years were a major part of what they were revolting against.

America’s Founders not only opposed political oppression, but they also called for a “wall of separation” between church and state;3 swore “eternal hostility against every form of tyranny over the mind of man”;4 officially proclaimed that “the government of the United States is not, in any sense, founded on the Christian religion”;5 defended the pursuit of earthly wealth and of personal happiness as moral virtues and inalienable rights—and fought a violent revolution to secure these worldly values.

The Founders were unabashedly men of reason. Although some were deists and some were Christians, they nevertheless shared a profound reverence for reason and, for the most part, regarded it as man’s fundamental guide in life. . . .

James S. Valliant is the author of The Passion of Ayn Rand Critics (2005, Durban House), and he is currently working on a book that explores the origins of Christianity, Creating Christ: How Roman Emperors Invented Christianity.

View all articles by James Valliant →
Letter to the Editor
U.S. Foreign Policy: What’s the Purpose?Lessons of the Armenian Genocide

1. Beck made these remarks during his May 15, 2010, commencement address at Liberty University; see “Beck at Liberty: ‘God’s finger . . . wrote the Declaration of Independence and the Constitution. This is God’s Country,” Media Matters, May 15, 2010, http://mediamatters.org/video/2010/05/15/beck-at-liberty-gods-finger-wrote-the-declarati/164791.

7. John 8:7. All passages from the Bible are from the New International Version, as published by Bible Hub at http://biblehub.com/ (accessed April 24, 2015).

21. Augustine, On Free Choice of the Will, translated by Thomas Williams (Indianapolis: Hackett, 1993), pp. 9–10. Augustine relies on a formulation of Evodius, but Augustine approves of it. For a survey of the topic of killing in self-defense within Christian thought, see Jonathan Spelman, The Morality of Killing in Self-Defense: A Christian Perspective (Ashland University, 2008), http://ashbrook.org/wp-content/uploads/2012/06/2008-Spelman.pdf.