Alex Epstein, president and founder of the Center for Industrial Progress (CIP, at IndustrialProgress.com), has written a new book, The Moral Case for Fossil Fuels, in which he advances the “moral case for using cheap, plentiful, reliable energy to amplify our abilities to make the world a better place—a better place for human beings.” Recently he shared his thoughts about his book and related work. —Ari Armstrong

Ari Armstrong: Congratulations on the new book; it is an impressive and urgently needed work. Many of our readers are interested in defending free markets and industrial civilization. How will reading your book help them in this regard?

Alex Epstein: Fossil fuel energy is the motive power of industrial civilization—it is one of the most important products of the free market. And, yet, it is widely misunderstood and misrepresented, to the point that the freedom to produce it is in peril. The Moral Case for Fossil Fuels sets the record straight.

Armstrong: In your first chapter, you draw an important distinction between someone you call a “humanist”—“someone on a human standard of value, [who] treats the rest of nature as something to use for his benefit”—and a “nonhumanist,” who holds as his “standard of value . . . ‘pristine’ nature or wilderness” and who “treats the rest of nature as something that must be served.” It seems to me that the success of the environmentalist movement rests largely on confusing these moral standards with the claim that human well-being depends on leaving nature as pristine as possible. What are your thoughts on this? And how would you suggest people work toward establishing clarity in such matters?

Epstein: I’d partially agree with you, but only partially. Environmentalists definitely put forward what I call the “fragile mother” view of nature: The current state of nature is this perfect balance that nurtures us, but if we disrupt it we will be ruined. Taken anywhere near literally, that view is bizarre; where was this nurturing mother for all of human history pre-fossil fuels? Man survives by transforming nature to meet his needs. Of course, he can make mistakes and be counterproductive in this transformation, but the solution to that is better action, not inaction—and inaction is the essence of “leaving nature as pristine as possible.”

The “fragile mother” or “delicate balance” view of nature is popular in large part because it serves as a convenient rationalization for the generalized guilt that people feel because they equate morality with self-sacrifice. It also serves as a rationalization for statists trying to prove the necessity of them holding nearly unlimited power over the rest of us.

Armstrong: You write that, not only have fossil fuels made possible longer lives for more people, but in the “last eighty years” they have helped facilitate a decrease in the “annual rate of climate-related deaths worldwide by an incredible rate of 98 percent.” Would you walk through the essentials of what that figure means and how you derived it?

Epstein: I discuss this extensively in chapter 5 (“Climate Mastery”), because it’s an unfamiliar and surprising statistic to most. Here’s a summary passage:

Given how much our culture is focused on the issue of CO2-induced global warming, it is striking how little warming there has been.

But most striking to me are the data on how dangerous the climate has become over the last few decades, during a time when all of the predictions said that the Earth would become progressively more deadly. The key statistic here, one that is unfortunately almost never mentioned, is “climate-related deaths.” I learned about this statistic from the work of the prolific global trends researcher Indur Goklany, who tracks changes over time in how many people die from a climate-related cause, including droughts, floods, storms, and extreme temperatures.

Before you look at the data, ask yourself: Given what you hear in the news about the climate becoming more and more dangerous, what would you expect the change in the annual rate of climate-related deaths to be since CO2 in the atmosphere started increasing significantly (about eighty years ago). When I speak at colleges, I sometimes get answers such as five times, even a hundred times greater death rates. And from the headlines, it does look as though the tragedies like Superstorm Sandy are the new normal.

In the last eighty years, as CO2 emissions have most rapidly escalated, the annual rate of climate-related deaths worldwide fell by an incredible rate of 98 percent. That means the incidence of death from climate is fifty times lower than it was eighty years ago.

Armstrong: In your book you discuss a variety of biases, including the tendency of some people to focus on the problems with fossil fuels and ignore their benefits and the tendency of many in the media to focus on frightening, eye-catching opinions (“if it bleeds, it leads”). What’s your advice for countering the biases potentially at work in others and in ourselves as we discuss fossil fuels and the environment?

Epstein: Interestingly, your question contains a bias—the term, “the environment,” which is a package deal of the human environment and the nonhuman environment. It’s the equivalent of saying “as we discuss fossil fuels and the well-being”—whose well-being, ours or mosquitoes’? This points to one major part of the answer: Make sure all our concepts are clearly pointed toward the purpose of human life and be open to all the evidence about what benefits and harms it. When an oil company does something really bad, we should obviously point that out, and when there are trade-offs (such as developing countries make by using cheaper but less clean coal plants) we should point that out.

Armstrong: Other than being alert about such biases and trying to counter them, what would you say are the most important few things people should do—or not do—in their efforts to defend fossil fuels and industrial civilization?

Epstein: Internal clarity is the key to effective communication, so I think the main thing is to learn about all the issues thoroughly and think about them clearly. I am considered effective as a communicator in defending industrial civilization and fossil fuels, but that’s mostly an outgrowth of having thought about the issues a lot, including playing a lot of devil’s advocate and having done a lot of research. This book is my attempt to help others get clear a lot more quickly than I did.

Armstrong: You provide overwhelming evidence that fossil fuels dramatically improve people’s lives. But what would you say to those who claim that you have to admit that at least in some ways some people are harmed by the use of such fuels? For instance, we often hear that people are losing or may lose land to rising seas. How do you respond to such claims?

Epstein: To your general point, throughout the book I discuss the issue of taking a big picture view, which includes acknowledging risks and side effects. I readily acknowledge that some people can be harmed by the use of fossil fuels—through rights violations, for example. But whether there is a real rights violation has to be determined by the full context of facts—and that’s where something like the hysteria over sea level rises, or even the idea that sea levels are all rising (some are falling) doesn’t make the cut. A lot of “science” presented in media is a hybrid of facts (there is a greenhouse effect) and hysterical speculation (our cities will drown).

Armstrong: On a related note, how would you respond to those who claim that “market failure” or the like demands government regulation of energy production and consumption? As an example, many environmentalists argue that government regulation saved the ozone layer and that this “success” offers a good model for regulating CO2 emissions.

Epstein: In chapter 7 (“Minimizing Risks and Side-Effects”) I discuss my views on how the government should protect individual rights with respect to pollution. Putting ozone under the category of “market failure” is the wrong way to think about it; either it involves a rights violation that needs to be corrected, or it doesn’t. A market is a collection of traders with individual rights. It’s not some anarchic system that “fails” when a rights violation occurs—that’s a government failure.

Armstrong: What other projects are you and CIP involved in, and where do you see the organization headed over the coming years?

The achievement of that purpose is something we’re continually learning more about, but broadly speaking it always involves a) speaking directly to the public and b) helping organizations that are aligned with our missions, including businesses, speak more persuasively to the public. In the past year, we’ve been doing quite a bit of work helping industry with its messaging; as a result, in the next couple of years expect much better PR from, for example, the oil industry, which has typically conceded the high ground to environmentalists.

Armstrong: Your perspective on human ingenuity is a very optimistic one that sees human beings continuing to improve their lives, given the right cultural and political conditions. What do you envision mankind’s future looking like, say, twenty-five or fifty years out if your ideas prevail?

Epstein: Such a future would be so good that I can’t possibly envision it. The beauty of a free world would be that it integrated the visions of seven billion people. My main contribution can be to convince people that such a world is good.

That said, I do have my fantasies about a better future. One thing in particular I would love would be a dramatic improvement in travel capabilities—to the point where we can get anywhere in a few hours at very low prices. Then the whole world becomes our home. Another great development would be mass desalination of seawater; no problems with clean water ever again.

Armstrong: What are the best ways for people to learn more about your vision and your ideas? And how can those in agreement help spread them?

Epstein: For sure, read this book and share it with others. I think it’s on another level compared to anything else I’ve done. For a preview, you can read chapter 1 at www.moralcaseforfossilfuels.com. On that site, you can also sign up for our newsletter, which is all about changing the world, and learn how you can get The Moral Case in the hands of high school and college students. 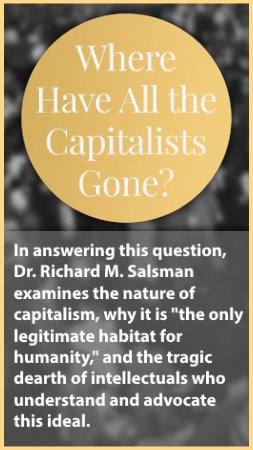