Victoria Osteen, Her Christian Critics, and the Rational Alternative 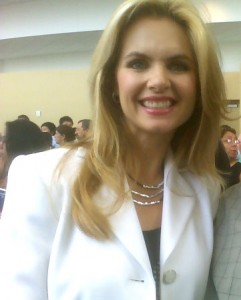 Victoria Osteen, wife of megachurch pastor Joel Osteen, is being harshly rebuked by fellow Christians for telling her church congregation that Christianity is about selfish happiness:

Religious writer Matt Walsh correctly points out that, according to Christian doctrine, Osteen’s comments are heretical, blasphemous, a “vulgar abomination.” “In more primitive times,” writes Walsh, “they burned heretics at the stake. Now we greet the blasphemers with applause and multi-million dollar book deals.” (He concedes that burning blasphemers at the stake is wrong.)

Walsh argues that Osteen’s view that “You act virtuously for your own sake, because it brings you happiness” is “[r]ooted in the Idolatry of Self” and “betrays a pagan attitude which positions the Self as the Ultimate Good, the Final Purpose.”

As Walsh makes clear, Christianity utterly rejects the view that you should “act virtuously for your own sake, because it brings you happiness.” Instead, as the Bible exhorts, we should “present our bodies as a living sacrifice.” Walsh points out that central to Christianity are the concepts of “sin, and duty, and obedience”; that Christianity “is a faith for warriors and martyrs”; and that Christians ought not “pretend that Christ didn’t promise us suffering and persecution in this life.” . . .