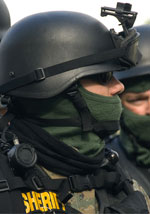 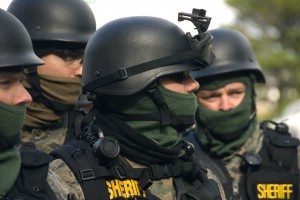 As an indicator of how far removed some police officers in America are from the principle that government’s only moral function is to protect people’s rights, consider the remarks of Sunil Dutta from his August 19 op-ed in the Washington Post. Dutta, an officer with the Los Angeles Police Department and a professor of homeland security at Colorado Tech University, wrote:

[I]f you don’t want to get shot, tased, pepper-sprayed, struck with a baton or thrown to the ground, just do what I tell you. Don’t argue with me, don’t call me names, don’t tell me that I can’t stop you, don’t say I’m a racist pig, don’t threaten that you’ll sue me and take away my badge. Don’t scream at me that you pay my salary, and don’t even think of aggressively walking towards me.

Dutta improperly packages together arguing or name calling with physically aggressive behavior; obviously those things are not remotely comparable. Although he may not have intended the implication, Dutta suggests here that a police officer is justified in using deadly force against a person merely because the person verbally challenges the officer’s instructions. Dutta describes perfectly the attitude of the government-paid thugs of any police state.

What if an officer tells a person that he demands to conduct a search the person knows to be illegal? What if an officer tells a woman to have sex with him—as an officer in Oklahoma City is accused of having done repeatedly? In such cases, citizens may perfectly legitimately argue with or refuse to obey an officer, and obviously the officer is not justified in responding with force in such a case. (In some cases, prudence may dictate putting up with an abuse at the time and taking appropriate action to address the abuse later.)

Obviously, people ought not senselessly argue with or insult police officers, as some people unfortunately do. But an officer is not justified in responding to verbal abuse with physical force. As children, we taught about sticks and stones and the like, and we all know that Joe Citizen may not morally or legally shoot someone, tase him, throw him to the ground, or in any other way respond with force, just because someone calls him names. Are police officers above the law? Are they above common sense?

Unfortunately, although many American police officers perform their jobs with integrity and valor, some officers have the attitude Dutta describes. (As indicators of the problem, see Radley Balko’s book Rise of the Warrior Cop or the Cato Institute’s National Police Misconduct Reporting Project.)

Elsewhere in his article Dutta grants that “some officers engage in unprofessional and arrogant behavior; sometimes they behave like criminals themselves.” He advocates suing police if they violate your rights. Although he does not explicitly call for the criminal prosecution of officers who violate rights, at least he does not exclude the idea. But, at best, Dutta offers mixed messages about police conduct; even the LAPD police chief criticized the op-ed (a good sign).

A more fundamental problem in this area is that legislatures routinely instruct police officers to use force against people who have in no way violated anyone’s rights or threatened to do so. For example, drug laws authorize officers to do such things as force entry into a home with guns drawn because they suspect an occupant may have grown or sold marijuana plants. And, of course, in the past, laws authorized officers to do such things as arrest blacks for sitting in the “wrong” bus seat and arrest gay couples for having sex. The problem of rights-violating laws has not gone away; the contents and victims of the laws have merely shifted over the decades.

Dutta rightly notes that keeping people safe and protecting their rights is a very difficult job for police officers. Unfortunately, some of Dutta’s remarks encourage rights-violating behavior rather than rights-protecting behavior.

The bottom line is that the only moral purpose of police departments and of police activity is to protect people’s rights. Insofar as police do anything else, they are acting immorally.