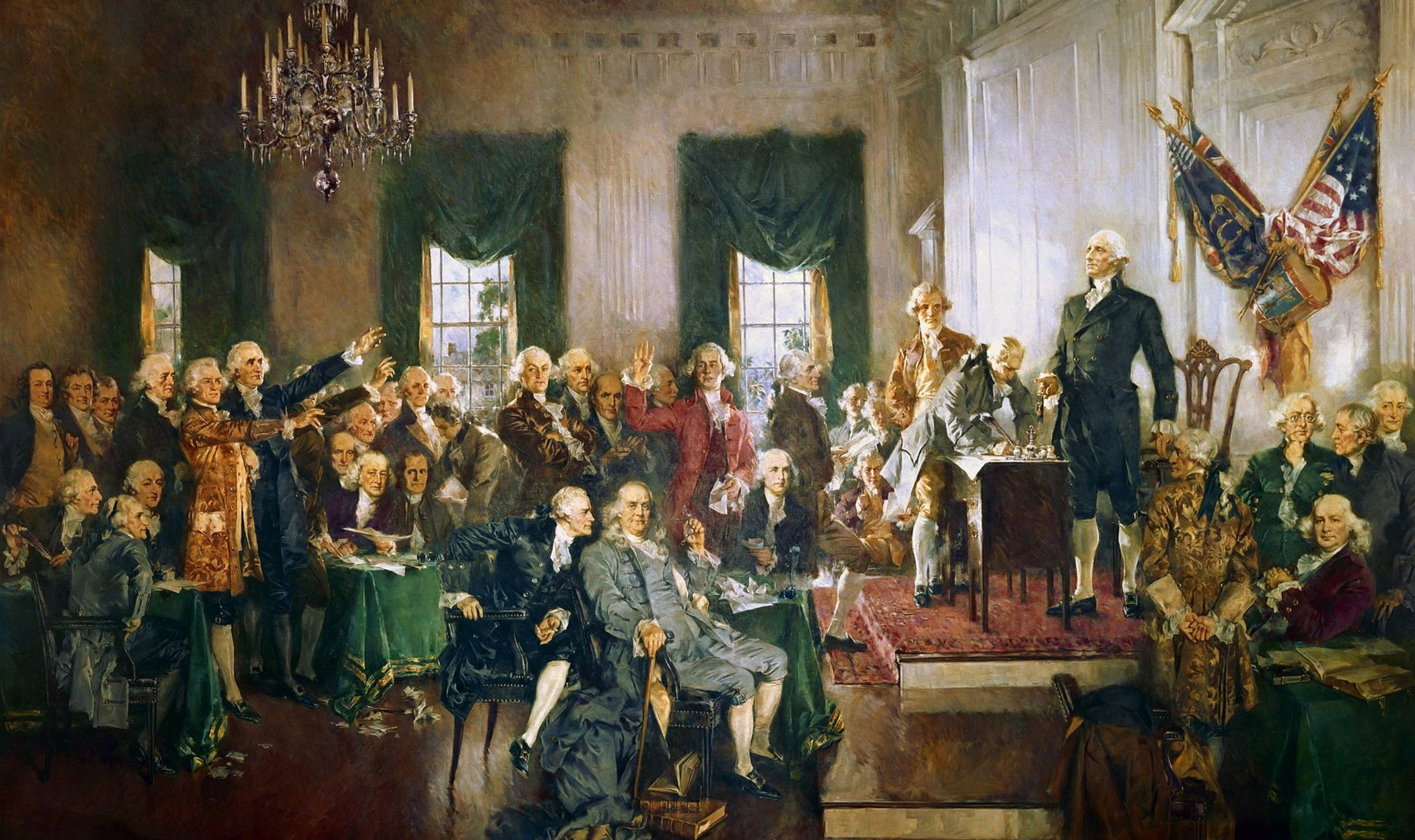 In Honor of the U.S. Constitution and the Men Who Created It

On September 17, 1787, the Founding Fathers signed the United States Constitution, laying the foundation for the first nation in history based on the recognition of the inalienable rights of man. The Constitution begins:

We the People of the United States, in Order to form a more perfect Union, establish Justice, insure domestic Tranquility, provide for the common defense, promote the general Welfare, and secure the Blessings of Liberty to ourselves and our Posterity, do ordain and establish this Constitution for the United States of America.

The Founders, well versed in the canons of the Enlightenment, saw the individual as a sovereign being with the right to life, liberty, property, and the pursuit of happiness; and recognized that the only proper purpose of government is to secure these rights. Prior to the founding of this new country, the individual’s life typically was regarded as subordinate to the king, the church, the tribe, the collective.

The Founders formed a constitutional republic, not a democracy; they were vehemently opposed to unlimited majority rule. In a speech in New York, urging ratification of the Constitution, Alexander Hamilton stated, “The ancient democracies in which the people themselves deliberated never possessed one good feature of government. Their very character was tyranny; their figure deformity.”

The Constitution united the thirteen states of America under a single, federal government—a government of laws, not of men. In Tully No. III, Hamilton observed, “A sacred respect for the constitutional law is the vital principle, the sustaining energy, of a free government.” . . .

In addition to being director of development at OSI, Robert works as a speaking coach, helping TedX speakers and businessmen deliver more memorable messages. He constantly seeks to integrate the principles of Objectivism with those of effective self-development systems, such as GTD and Atomic Habits, to create a personalized “supersystem” for success in work and life. And he teaches courses on these integrations for OSI, called “Your Supersystem for Flourishing.” When he is not working, he enjoys swimming, playing basketball, practicing Bikram yoga, and dancing ballet.