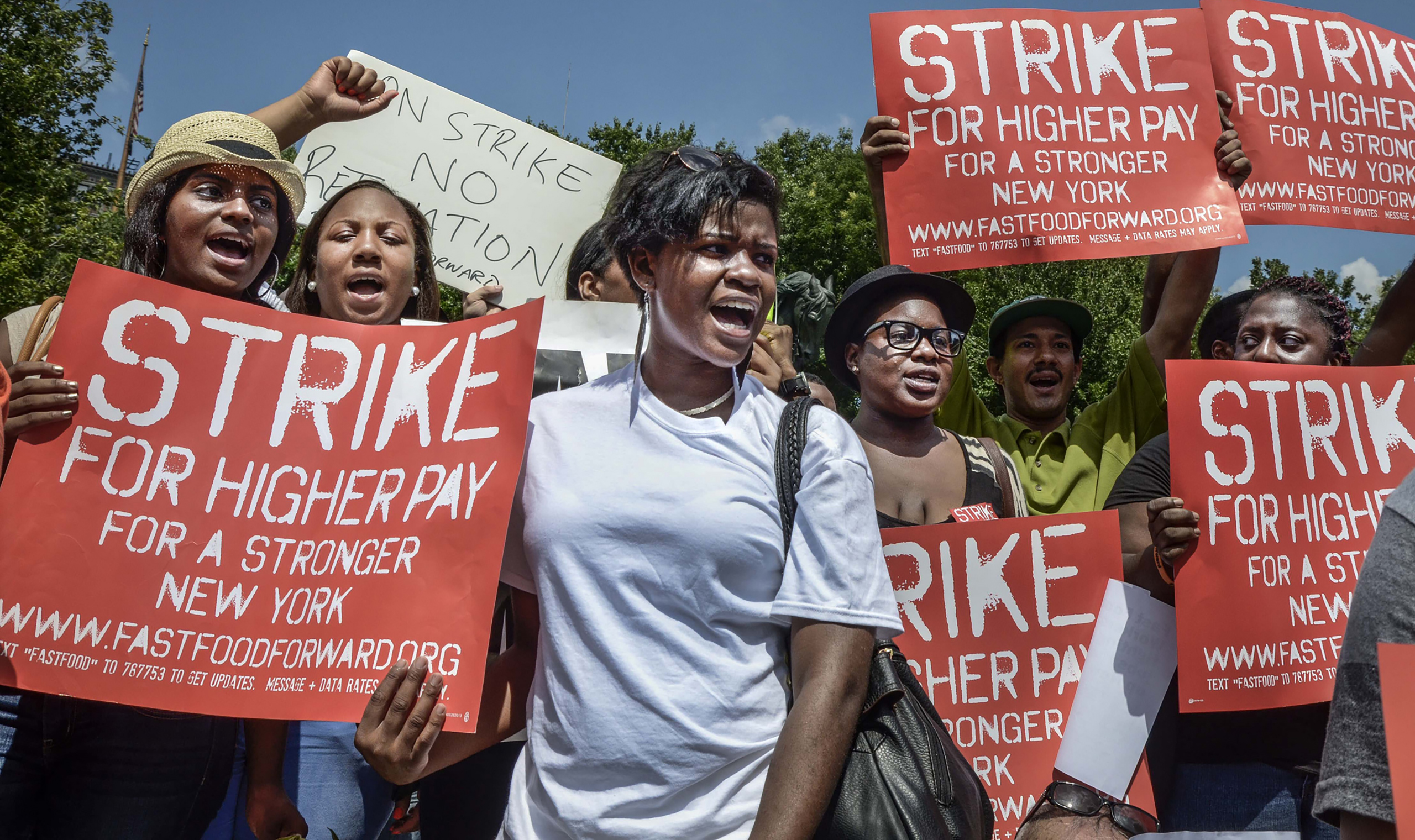 Many fast-food workers and other advocates of an increase in government-mandated minimum wage recently protested across America, demanding that government force employers to pay all fast-food workers at least $15 per hour. As the Wall Street Journal reports, the protests were organized by Fast-Food Forward, a group backed by the Service Employees International Union. The demonstrations were part of a two-year campaign by fast-food workers allegedly seeking “to gain the right to organize.”

First, observe that that latter goal is a red herring intended to make their unreasonable demands sound reasonable. There is no law against “the right to organize.” The First Amendment protects the right to freedom of association, and the demonstrations themselves, of course, were organized. The workers in question already have the right to join unions and to ask for higher wages. So what is this movement really about?

The “rights” sought by the union are the “freedom” not to associate voluntarily, but to violate the rights of employers to run their businesses as they see fit and to enter into voluntary, mutually consensual contracts with employees. . . .