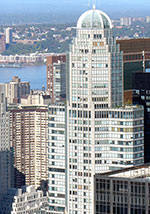 Concrete: The Foundation of Modern Life 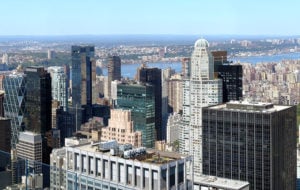 Right now, you’re probably sitting in a structure built largely of concrete. Nearly everything around you, including your desk and computer, were built in factories constructed largely of concrete, then transported to you on roads partly made of concrete. The next time you go outside, you’ll probably walk along concrete sidewalks.

Earlier this year, Bill Gates wrote an article, “Have You Hugged a Concrete Pillar Today?,” about the tremendous importance of concrete to modern industrial life (I don’t agree with all of Gates’s article). Drawing on the work of historian Vaclav Smil, Gates writes:

[Smil] argues that the most important man-made material is concrete, both in terms of the amount we produce each year and the total mass we’ve laid down. Concrete is the foundation (literally) for the massive expansion of urban areas of the past several decades, which has been a big factor in cutting the rate of extreme poverty in half since 1990. In 1950, the world made roughly as much steel as cement (a key ingredient in concrete); by 2010, steel production had grown by a factor of 8, but cement had gone up by a factor of 25.

How is concrete made? The Portland Cement Association (PCA) explains:

In its simplest form, concrete is a mixture of paste and aggregates, or rocks. The paste, composed of portland cement and water, coats the surface of the fine (small) and coarse (larger) aggregates. Through a chemical reaction called hydration, the paste hardens and gains strength to form the rock-like mass known as concrete.

Within this process lies the key to a remarkable trait of concrete: it's plastic and malleable when newly mixed, strong and durable when hardened. These qualities explain why one material, concrete, can build skyscrapers, bridges, sidewalks and superhighways, houses and dams.

Cement, in turn, “is manufactured through a closely controlled chemical combination of calcium, silicon, aluminum, iron and other ingredients,” PCA explains.

So how did the world get modern cement? PCA continues:

Bricklayer Joseph Aspdin of Leeds, England first made portland cement early in the 19th century by burning powdered limestone and clay in his kitchen stove. With this crude method, he laid the foundation for an industry that annually processes literally mountains of limestone, clay, cement rock, and other materials. . . .

We typically go through our days without devoting a thought to this this magnificent material that helps make modern life possible. The next time you enjoy a modern building, drive down a street, or so much as stroll down a sidewalk, you might think for a moment of Joseph Aspdin and of the modern producers of concrete. Their thought and work literally support your life.

View all articles by Ari Armstrong →
Letter to the Editor
On the Moral Right to Provide Discounts Exclusively to ChurchgoersIn Honor of the U.S. Constitution and the Men Who Created It
Return to Top