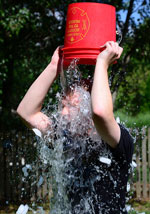 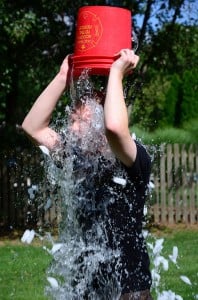 Whatever one thinks about the practice of dumping ice water over one’s head to bring attention to a charity, the Ice Bucket Challenge “has raised $79.7 million to combat Lou Gehrig’s Disease [ALS] since July 29,” Time reports. That’s an impressive fundraising campaign by any measure. So that’s good news, right? Not for anti-abortion conservatives, as the Heritage Foundation reports:

[S]ome pro-life organizations including the Family Research Council [FRC] have advised care before making an ALS donation. The concern: The ALS Association, a Washington-based nonprofit that funds global research to find treatments and a cure for ALS also supports some research using embryonic stem cells.

The FRC is an explicitly religious organization that wants to outlaw abortion for religious reasons. But, religious dogma notwithstanding, an embryo is not a human person and does not have rights; it is instead (at the stage usually used in research) a barely-visible grouping of mostly undifferentiated cells without any developed human organs.

View all articles by Ari Armstrong →
Contra Colorado Pastor, Sex Among Older Teens Can Be Moral and HealthyPaul Krugman: Master of the Straw-Man Fallacy
Return to Top