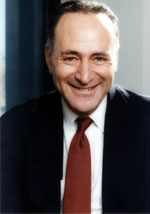 The Left’s Pragmatic Shift in Marketing is a Good Sign 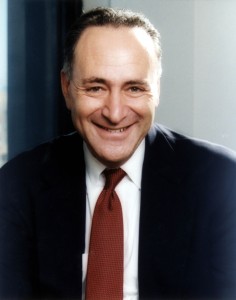 Suddenly, the leftist establishment regards the “evil” of income inequality as passé—at least as a matter of political strategy. Washington Post reporter Zachary Goldfarb observes that Obama, who previously labeled income inequality “a fundamental threat to the American Dream,” has “shifted [his focus] from income inequality to the more politically palatable theme of lifting the middle class.”

Why the shift? Part of the reason is, as Goldfarb reports, that “Democratic polling . . . found that talking about income inequality does not register strongly with the American public.” Goldfarb quotes Senator Charles Schumer (NY), whom he calls “the messaging chief for Senate Democrats”:

Translation: Apparently, envy doesn’t sell in America; so we’ll have to try another tack.

Appealing to envy has never worked as a political tactic in America, and it still doesn’t. Few Americans hate “the rich”; most respect and admire achievement and see wealth and prosperity as achievable values for themselves and their families. What the left has pragmatically (and temporarily) “learned” about Americans on this count is consistent with polls that show a healthy majority of Americans still revere the spirit of the Declaration of Independence and value the individual’s inalienable right to pursue his personal goals, not the collective’s alleged “right” to throttle individual achievement for the so-called “common good.”

The left, of course, has not changed its goals, just its marketing. Leftists still support an egalitarian, welfare statist party; for instance, they propose to “lift” the middle class by increasing the minimum wage—a policy that violates everyone’s rights and directly harms inexperienced workers. But the pragmatic turnabout in the left’s political message indicates that optimism about America’s future is warranted; that the fight for that future is winnable; that Americans, by and large, remain open to hearing and embracing the moral case for liberty and capitalism.

View all articles by Michael A. LaFerrara →
No, Virginia, There Is No Moral Right to Throttle UberRights-Respecting Immigration Policy and Muslims
Return to Top