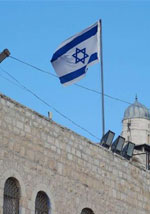 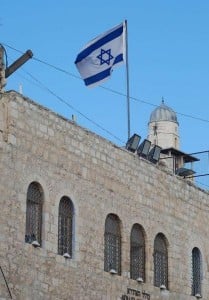 Israel is, as it has been for decades, under assault by Hamas—but the nation currently appears to be taking greater action to defend itself. As the Washington Post reports:

The Israeli military says it has launched more than 1,300 airstrikes since it began its campaign against Hamas last week in response to what officials said was intensified rocket fire from the crowded enclave on the Mediterranean Sea.

Israel also recently shot down a Hamas-controlled drone that was flying over Israel, the Post reports.

Hamas—which controls the “Palestinian” government—is a terrorist organization whose members have faith that they are required by “Allah” to annihilate Israel. Israel has a moral right not only to defend itself against Hamas’s aggression, but also to wipe Hamas off the face of the earth.

As for any innocents or civilians killed by Israel’s retaliatory use of force (force preceded by Israel’s urging of civilians to leave the area), all such deaths are exclusively the moral fault of Hamas, who necessitated the use of retaliatory force and who uses civilians as human shields in its war against Israel.

Israel deserves not only our moral blessing for defending its citizens, but our unequivocal encouragement to do whatever it can to destroy Hamas once and for all.