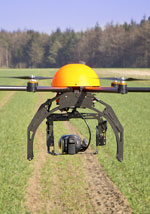 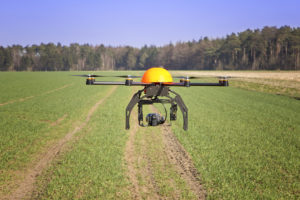 Using drones (unmanned aerial vehicles), farmers could safely and inexpensively check their crops, enabling them to see whether any problems need their closer attention, to target their pesticide applications more precisely, and much more. (See Theresa Everline’s article for Smart Planet for elaboration.) This wonderful technology could help farmers lower their costs, increase their yields, and earn higher profits.

There’s just one problem: For years the Federal Aviation Administration has outlawed commercial drone use, as Everline writes. Fortunately, this prohibition seems to be lifting; not only has government granted BP permission to use a drone in northern Alaska, but the National Transportation Safety Board recently threw out the FAA’s ban (as Fortune reports).

A ban on drones is a patent violation of Americans’ rights to liberty and property. Farmers have a moral right to employ the latest technologies in their businesses. Obviously if farmers violate the rights of others by employing some technology—say, by flying drones into people’s homes or by creating demonstrable hazards to others—then the courts should intercede; but, in this case, government issued a senseless ban that violates people’s rights based on the mere fact that the use of drones on private property may entail some risk. On that absurd premise, people should be forbidden to climb ladders or play darts or engage in countless other activities on private property. There’s no reason to suspect that flying drones at low altitudes over uninhabited, private crop lands would subject anyone to any substantial risk, much less that doing so would violate anyone’s rights.

Hopefully the federal government will take no further action to restrict commercial drone use. What needs to be restrained is not agricultural drones, but bureaucratic thugs.

View all articles by Ari Armstrong →
Altruism: The Fuel of JihadAuberon Herbert: Advocate of Reason, Individual Rights, and Limited Government
Return to Top