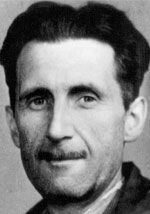 “Ministries of Truth”: An Ominous Possibility in America 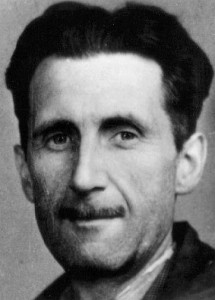 Recently the Supreme Court unanimously ruled to allow the political group Susan B. Anthony List to proceed with a suit challenging Ohio’s law forbidding “knowingly or recklessly false” election statements, as Eugene Volokh explains for the Washington Post. The Court found that, even though a state commission established by the law never ruled that Susan B. Anthony List violated the law, the fact that the commission investigated the matter—and may investigate similar allegations again—potentially violates the group’s rights of free speech, Volokh explains. Now the Sixth Circuit court will take up the case again.

Hopefully the courts eventually will throw out the Ohio law (and similar laws in other states), along with the commission it establishes to investigate campaign speech. Government agents have no business serving as arbiters of truth in political campaigns. An attorney arguing the case, as well as Justice Antonin Scalia, appropriately likened such a commission to the “Ministry of Truth” from George Orwell’s 1984.

What did Susan B. Anthony List do to allegedly violate the law? The group claimed—plausibly—that, by voting for ObamaCare, a politician “voted for taxpayer-funded abortion.” The group wanted to run a billboard advertisement to that effect but was unable to do so because the company with whom Susan B. Anthony List sought to run the ad feared it would face legal action under the law. The Court pointed out that “the specter of enforcement is so substantial that the owner of the billboard refused to display SBA’s message after receiving a letter [from the politician’s lawyers] threatening Commission proceedings.”

Obviously, a commission established to investigate “false” campaign statements—as evaluated by a group’s political enemies and by politicians and bureaucrats—is inherently biased, and its very existence violates people’s rights to free speech. With virtually every campaign message, one side claims it is the truth whereas the other side claims it is not.

The point here is not that objective truth is impossible in the realm of political campaigns—it is possible; the point is that a government commission cannot rationally be expected to determine such truth, nor does it have any legitimate business seeking to do so. Each individual voter has the capacity to rationally judge campaign messages, and it is properly up to each individual voter to do so. (Of course, if someone makes damaging claims about a politician or anyone else, and cannot support those claims with evidence, lawsuits based on libel laws may be in order.)

Kudos to the Supreme Court for unanimously ruling to allow the case to proceed. Let’s hope the courts definitively quash the “Ministries of Truth” before they are able to take hold.

View all articles by Ari Armstrong →
Is ObamaRetire Next?Obstacles to a Foreign Policy of Self-Defense for America
Return to Top