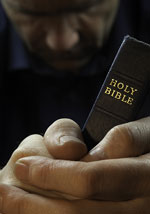 Homosexuality, the Bible, and Rational Morality 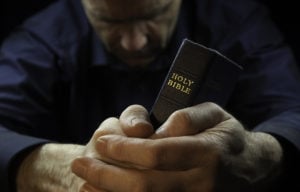 Bigotry against homosexuals in the United States has receded at a remarkable pace in recent decades. Meanwhile, legislatures have repealed laws violating the rights of homosexuals—or courts have overturned them—and have begun recognizing the right of gays to marry.

But many people continue to morally condemn homosexuals and continue to call for laws that violate their rights. The “justification” for such bigotry is in almost all cases the Bible. Consider two recent news stories.

Oklahoma state house candidate Scott Esk claimed on Facebook that stoning homosexuals to death is morally permissible because it is in line with biblical commands. On a thread about homosexuality, Esk quoted Romans 1:32, which asserts that those who disobey God are “worthy of death.” He then quoted Leviticus 20:13, which states that homosexuals should be “put to death.” When another Facebook user asked, “So, just to be clear, you think we should execute homosexuals (presumably by stoning)?”, Esk replied,

I think we would be totally in the right to do it. That goes against some parts of libertarianism, I realize, and I’m largely libertarian, but ignoring as a nation things that are worthy of death is very remiss.

Although Esk later claimed, “I have no plans to reinstitute that in Oklahoma law,” he reasserted that executing homosexuals “was done in the Old Testament under a law that came directly from God and in that time there it was totally just.”

So here we have, in 21st-century America, a viable candidate for political office morally sanctioning the murder of homosexuals because of some lines in an ancient book of mythology.

In a second story, ABC News placed hidden cameras in a restaurant and hired two male actors to display affection publicly. The news crew hired another actor to publicly criticize the couple, then filmed the reactions of other people in the restaurant. Although one college student courageously condemned the actor criticizing the gay couple, and a few others said the couple’s behavior was their personal business, numerous people condemned the gay couple on religious grounds. One man said, “God’s intention is, one man, one woman.” A woman said, “For people to say it’s not in the Bible, that’s totally a lie. It goes against . . . God. He said that is an abomination to Him.”

The woman is correct: The Bible clearly does condemn homosexuality. And Esk is correct that the Bible calls for the execution of homosexuals. Leviticus 20:13 states:

If a man also lie with mankind, as he lieth with a woman, both of them have committed an abomination: they shall surely be put to death; their blood shall be upon them.

Likewise, Romans 1:26–27 condemns homosexuality, as do various other Biblical passages.

The problem is not with the interpretation of the Bible by Esk and others; the problem is that Esk and others regard the Bible as a source of moral truth. The fact that the Bible advocates the murder of homosexuals (as well as the murder of “witches,” of those who worship other gods, of blasphemers, of children who “curse” their parents, of adulterers, and of non-virgins whose husbands hate them—among others) indicates that the Bible, far from being a guidebook for morality, is largely an absurd book of mindless and evil prohibitions and commandments rooted in nothing more than ancient superstitions.

Those who wish to understand and embrace an objective morality must discard the Bible as a moral guidebook and turn instead to a rational alternative rooted in the facts of reality and the requirements of human life.

View all articles by Ari Armstrong →
Letter to the Editor
Dave Brat, Ayn Rand, and Purpose in Political CommentaryAyn Rand Was Right: Cats Are Objectively Valuable
Return to Top