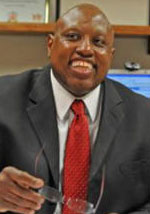 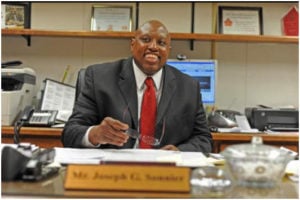 For twenty-seven years Joseph “Gabe” Sonnier of Louisiana worked as a janitor for Port Barre Elementary. Although Sonnier never treated the position as beneath him, he worked hard to reach new levels of success, first as a teacher, then—as of November—as the principal of Port Barre. His inspiring story has been featured by CBS, the Advocate, and several other media outlets.

Sonnier got his foot in the door of Port Barre as janitor in 1981 after hearing about the position from a former teacher of his, then the school’s principal. As the Advocate reports, Sonnier observed the work of other teachers and thought he could become a good teacher. The principal, who knew Sonnier to have been a good student, eventually told him, “Gabe, you know, you should be grading these papers rather than picking them up.”

At the age of 39, Sonnier decided to pursue his dream by enrolling at Louisiana State University, Eunice. Working full-time while going back to school wasn’t easy. Sonnier told the Advocate:

I would get to school at 5 a.m. and then leave at 7 a.m. to get to LSU–Eunice. After classes, I would come back at 8:30 p.m. and work the rest of my hours, usually until around midnight. Then I would go home and do homework and get two or three hours of sleep.

Sonnier graduated in 2008, went on to earn his master’s, then, when he heard the principal of Port Barre was stepping down, applied for the position.

When CBS asked Sonnier what advice he had for others, he replied: “Don't let your situation that you're in now define what you're going to become later. . . . [I]t’s not where you start, it's how you finish.”

That government-run schools (such as Port Barre) should be privatized does not diminish Sonnier’s profound achievement in working his way up from a janitor to a principal, succeeding spectacularly in his chosen profession. Congratulations to Principal Sonnier on his remarkable accomplishments. May his story inspire others to dream big and encourage those pursuing their dreams to never give up.