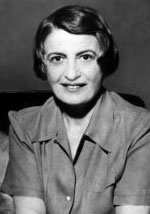 Several people on Facebook criticized my article, “Dave Brat and Ayn Rand on Rights and Government,” claiming that it “trashed” Brat, or was too negative, or should have focused on the positive fact that some politicians today (Brat included) are influenced by Rand. These critics either failed to grasp the substance and purpose of my article or fail to grasp the importance of clarity and differentiation in philosophic and political matters. Their criticisms, however, have inspired me to say a few words about the nature of a theme in writing and about my selection of the particular theme of that earlier post.

The theme of my article was that Brat’s views are not, as many leftists claim or imply, synonymous with those of Ayn Rand. Not only do the two differ substantially on various political issues; they also hold opposing views on fundamental philosophic matters. The theme I selected was not the only one possible, obviously. I might have written (as others did) about the spread of Rand’s ideas through the culture, or I might have focused more on Brat’s better ideas. In my view, the most important issue to address about this development was not the influence of Rand on Brat—that was widely reported and thus abundantly obvious—but the differences between the views of Rand and Brat. That was the point that was not obvious to many people, and that is the issue that is crucially important for advocates of Rand’s ideas to clarify.

For an indication of why I selected the theme I did, consider the following headlines and comments that wrongly claim or imply that Brat and Rand share the same ideas:

The goal of the left in making such remarks is obvious—leftists wish to smear Ayn Rand and to smear Brat by association. The problem is that their attempt to tie Brat’s views to Rand’s will confuse people about the actual nature of Rand’s ideas (as the left attempts to do regularly). In fact, the fundamental views of Rand and Brat are not only dissimilar; they are diametrically opposed. Brat is a staunch religionist who bases his political views on religious faith, whereas Rand is an atheist who grounds her political views in observable facts. The two also disagree on important political questions, including immigration (as I discussed in my previous article). . . .

View all articles by Ari Armstrong →
Letter to the Editor
Check Your Statist PrivilegeHomosexuality, the Bible, and Rational Morality
Return to Top