Auberon Herbert (1838–1906) was a 19th-century British political philosopher and member of Parliament, who recognized that each individual has inalienable rights to direct his own mind and body, and to keep and use the product of his own effort. In defense of these rights, Herbert advocated a strictly limited, voluntarily funded, rights-protecting government. This social system, which Herbert called “voluntaryism,” is what is known today as laissez-faire capitalism.

Herbert’s writings are available in several books, including A Politician in Trouble About His Soul (London: Chapman and Hall, 1884; available as a reprint by Forgotten Books); The Right and Wrong of Compulsion by the State, and Other Essays, a compilation of Herbert’s essays, edited by Eric Mack (Indianapolis: Liberty Classics, 1978); Taxation and Anarchism: A Discussion Between the Hon. Auberon Herbert and J. H. Levy (London: Personal Rights Association, 1912; available as a reprint by the University of Michigan); and Herbert Spencer and the Limits of the State (Bristol: Thoemmes Press, 1996). All are worth reading.

Unlike the vast majority of thinkers who have sought to advocate liberty, Herbert thought and wrote in moral terms—in terms of individual rights and moral rights, and in terms of the evil of initiatory force and the necessity of selfishness. Yes, selfishness. 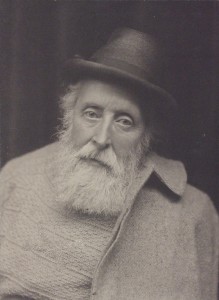 Although Herbert did not speak of the principle of rights as being grounded in the moral propriety of selfishness, he did express a remarkably positive view of selfishness. Bear in mind while reading the following passage that Herbert lived and wrote several decades before Ayn Rand developed Objectivism. So, it was before the formation of the principle that being selfish is the essence of being moral and that being genuinely selfish entails respecting the rights of others; before the formation of the principle that concepts are not to be integrated in disregard of necessity; before the identification of the fallacy of package dealing; and so on. With that in mind, here’s a passage from Herbert in which he grapples with two senses of “selfishness”:

Selfishness, in one sense, is and always will be an integral part and a necessary part of our nature. I must take care of and provide for myself before I can do so for others. Nothing could be so topsy-turvy [as] . . . everybody caring only for somebody else, and nobody for himself.

The selfishness that makes a man care for himself is right and necessary for the good of the whole; only, observe, it must be limited and checked everywhere, not only by his own moral feelings, but by the same selfishness in others, if we are to use this word—which is perhaps not very fit—to describe the care which everybody has to take of his own interests.

But this useful selfishness of each man in caring for himself must not be confounded with the aggressive selfishness of those who possess power, and who would disable all others who stand in their way—be they the many or the few—by restrictions and disqualifications in order to better the position of themselves. The one selfishness is the true, right, and proper care of a man's own interests in his own fashion; the other selfishness is the treading under foot of the rights of others because they have succeeded better than we ourselves have, and because their success is inconvenient to us. The one selfishness belongs to the system of liberty, the other to the system of socialism and all its political imitations.

See clearly the difference. . . . Men are selfish and must be selfish in first caring for themselves. Restrict that selfishness by the establishment of universal rights, and it then works for the good of the world, each man doing his best for himself in his own way and according to his own faculties. Enlarge that selfishness by giving to a majority power over a minority, and it springs at once into overweening proportions, and becomes the most deadly plague of the human race.1

Given that Herbert appears to have had some but certainly not a full understanding of the moral propriety of selfishness, what did he regard as the moral foundation for individual rights? He regarded rights as grounded in, arising from, and in service of “self-ownership”—by which he meant essentially the same thing Rand meant in saying “man [is] a sovereign individual who owns his person, his mind, his life, his work and its products”; “man is the owner of his own life”; and “your life belongs to you.”2 As Herbert put it: “The self-owner is owner of his own mind and body and his own property.” He elaborated: . . .