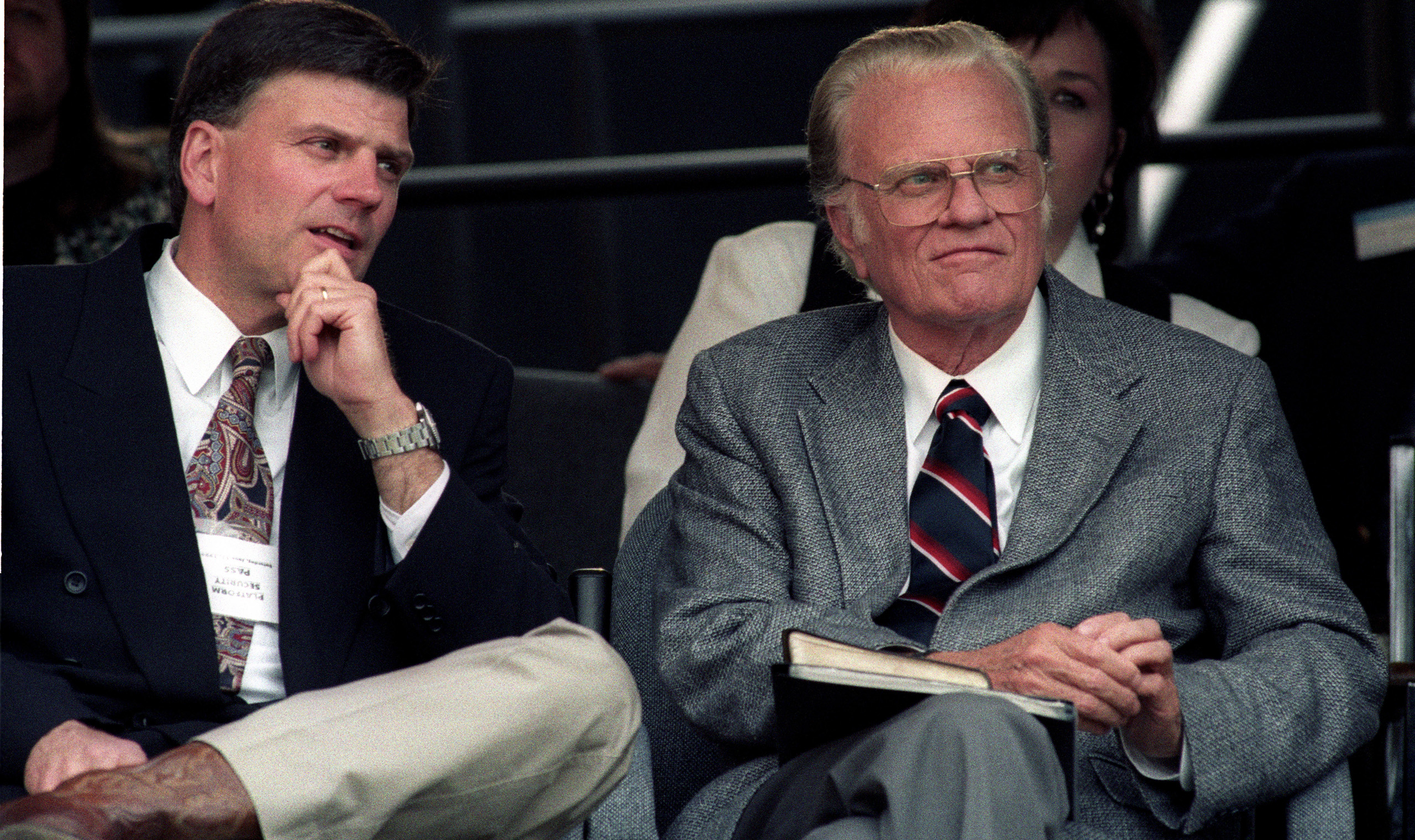 Thank Goodness Few Religionists Are as Religious as Franklin Graham

Evangelist Franklin Graham (son of Billy Graham) recently praised Russian President Vladimir Putin for signing a 2013 law banning the “propaganda of nontraditional sexual relations among minors.” The law forbids speech that treats homosexuality as normal or acceptable and that might be viewed or heard by children, whether via articles, protests, radio broadcasts, or the like. Graham writes:

In my opinion, Putin is right on these issues. Obviously, he may be wrong about many things, but he has taken a stand to protect his nation’s children from the damaging effects of any gay and lesbian agenda. Our president and his attorney general have turned their backs on God and His standards, and many in the Congress are following the administration’s lead. This is shameful.

Although it is not surprising that a thug such as Putin would want forcibly to silence speech he opposes, it may surprise some that a revered “gentle” Christian such as Graham seeks to do so too. However, Graham’s support for censorship is consistent with the tenets of his religion.

The Bible broadly proclaims that those who “seduce you from the way in which the Lord your God commanded you to walk” are to be killed (Deuteronomy 13:5). And one of the specific commands of “God” is that homosexuals are to be killed (Leviticus 20:13). Given that the scripture calls for the death penalty for homosexuals, it should come as no surprise that committed or even semi-committed religionists oppose the freedom to speak of homosexuality as normal or acceptable.

Thank goodness the vast majority of Americans who call themselves religious do not take religion as seriously as Graham does.