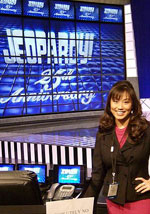 Jeopardy! Battle of the Decades 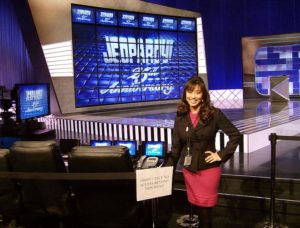 Answer: The top players who have ever played the game compete head to head in a tournament to determine the best player.

Question: What is Jeopardy! Battle of The Decades?

To celebrate its 30th year on television, Jeopardy! is hosting a tournament with some of its best players from the last three decades. Favorites such as Ken Jennings, Roger Craig, Russ Schumacher, and Brad Rutter have already advanced to the semi-finals. The competition concludes May 16.

Quiz shows such as Jeopardy! highlight the amazing capabilities of contestants to remember varied, esoteric facts and to recall them under enormous pressures of time limits and high-dollar competition. Viewers witness the power of the human mind to function at extremely high levels in a competitive setting, and many who watch draw inspiration to improve their own minds.

Good luck to the competitors. May the best mind win!