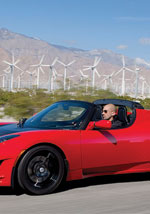 Government Victimizes and Favors Tesla by Violating Rights of All 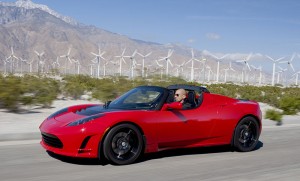 Relying on so-called franchise laws, representatives of car dealerships in several states have been fighting with some success to legally stop Tesla Motors from selling its cars to consumers directly, rather than through franchised dealerships. As Fox news reports, Arizona, Maryland, New Jersey, Texas, and Virginia now ban or limit direct sales of Teslas to consumers, with New York possibly following suit.

Tesla has had some success fighting such laws: Recently the company helped to defeat an effort in Missouri to ban direct car sales, supported a measure passed by the Ohio House to allow Tesla’s direct sales, and supported a proposal in New Jersey that would allow the company to open four stores there.

Supporters of franchise laws claim these laws are necessary for “consumer protection.” But that pretext is ludicrous; it’s like saying Macintosh users are harmed by buying computers directly from Apple-owned stores.

State laws banning direct sales of cars by manufacturers are classic examples of rights-violating government policies that favor some businesses over others. Governments favor franchisees by forcing manufacturers to contract with them, whether the makers judge it to be in their interests or not. One New Jersey franchise salesman inadvertently illustrated this point, saying “This [Elon] Musk guy [CEO of Tesla], he wants all the profits for himself”—as he defended the New Jersey Coalition of Automobile Retailers’ drive to muscle in on Musk’s profits by legislatively forcing Musk to contract with dealerships.

The irony here is that Musk himself is the beneficiary of government favoritism. In addition to receiving a federally subsidized loan, his company benefits from hefty federal and even some state tax credits on electric car sales. These credits, by effectively taxing Tesla less than its competitors, constitute a government-imposed disadvantage for other car sellers. Some, such as Christopher Koopman via U.S. News, argue that without such preferential treatment, Tesla likely would not be profitable.

There is no doubt that state governments with franchise laws are violating the rights of Musk, Tesla’s other owners, and others who might have sold cars directly to consumers, were it not for the laws. Likewise, by taxing gasoline car manufacturers more than Tesla, government is forcibly putting them at a disadvantage.

To protect individual rights equally for all manufacturers, dealers, and car buyers, government must end subsidized business loans and the like, lower and ultimately eliminate taxes on all car sales, and enable car manufacturers to freely contract with consumers in whatever way they judge best.

View all articles by Michael A. LaFerrara →
In Praise of Those Commercializing the MoonMurder for Allah—Again (and Again, and . . . )
Return to Top