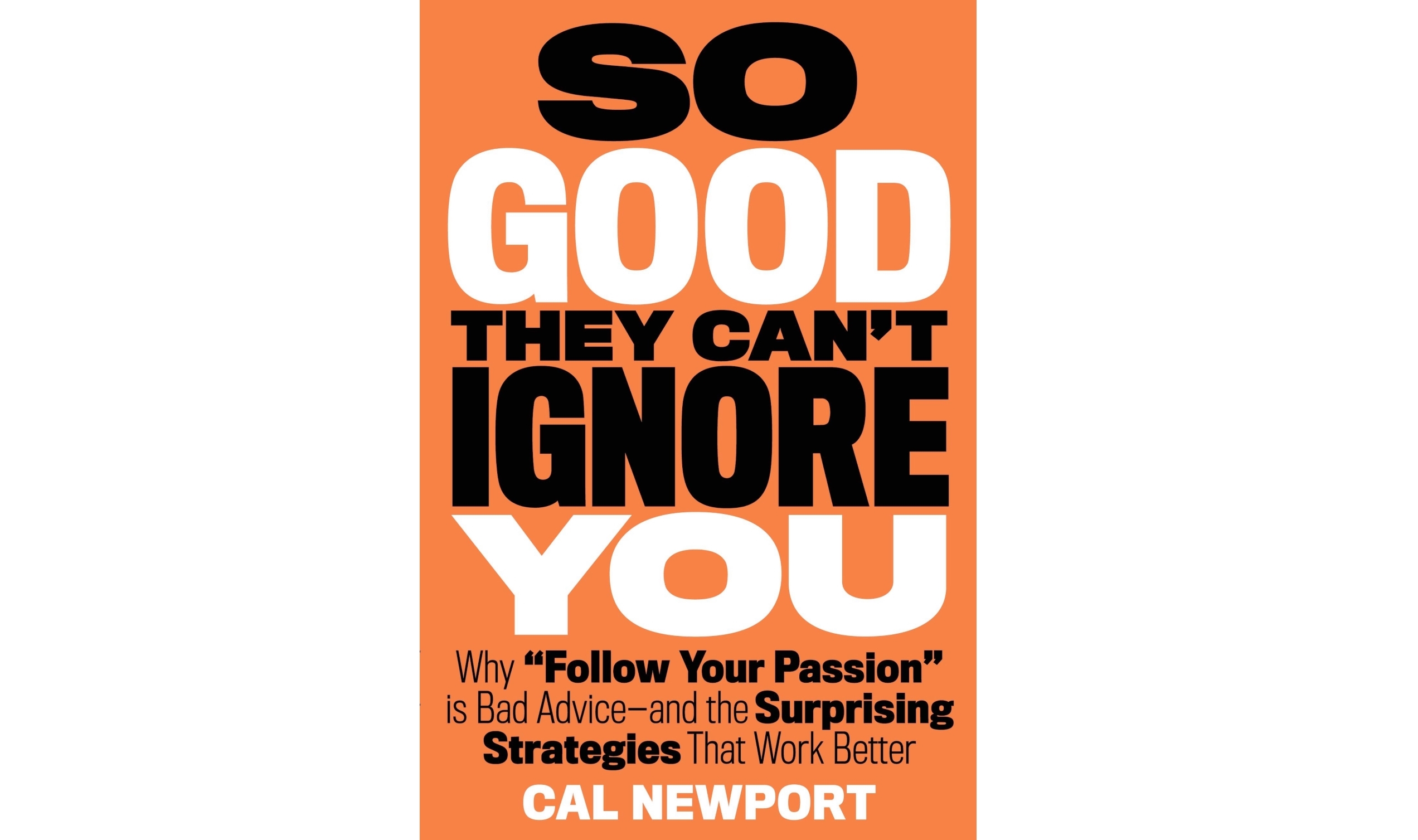 So Good They Can't Ignore You, by Cal Newport

In So Good They Can’t Ignore You: Why Skills Trump Passion in the Quest for Work You Love, Cal Newport challenges (among other things) the idea that “the key to occupational happiness is to first figure out what you’re passionate about and then find a job that matches this passion” (p. 4).

This is a widespread idea with the full backing of American pop culture and of many successful people. But is it true? Newport doesn’t think so, and, in arguing that it is not, he observes (for starters) that passions rarely match up with specific jobs.

In a 2002 study he cites, for example, 539 Canadian university students were asked if they had passions and, if so, what they were. Eighty-four percent replied that they did have passions, but the top five listed were dance, hockey, skiing, reading, and swimming. Newport sums up this list by concluding what the students themselves likely have found out by now—that “these passions don’t have much to offer when it comes to choosing a job” (p. 14).

Newport also observes that passions take time to develop. Here he cites a paper by Amy Wrzesniewski, published in the Journal of Research in Personality, that explores the differences between a job, a career, and a calling.

A job, in Wrzesniewski’s formulation, is a way to pay the bills, a career is a path toward increasingly better work, and a calling is work that’s an important part of your life and a vital part of your identity. . . .

View all articles by Daniel Wahl →
Letter to the Editor

Seven Pleasures, by Willard SpiegelmanLincoln versus the “Monstrous Injustice of Slavery”
Return to Top