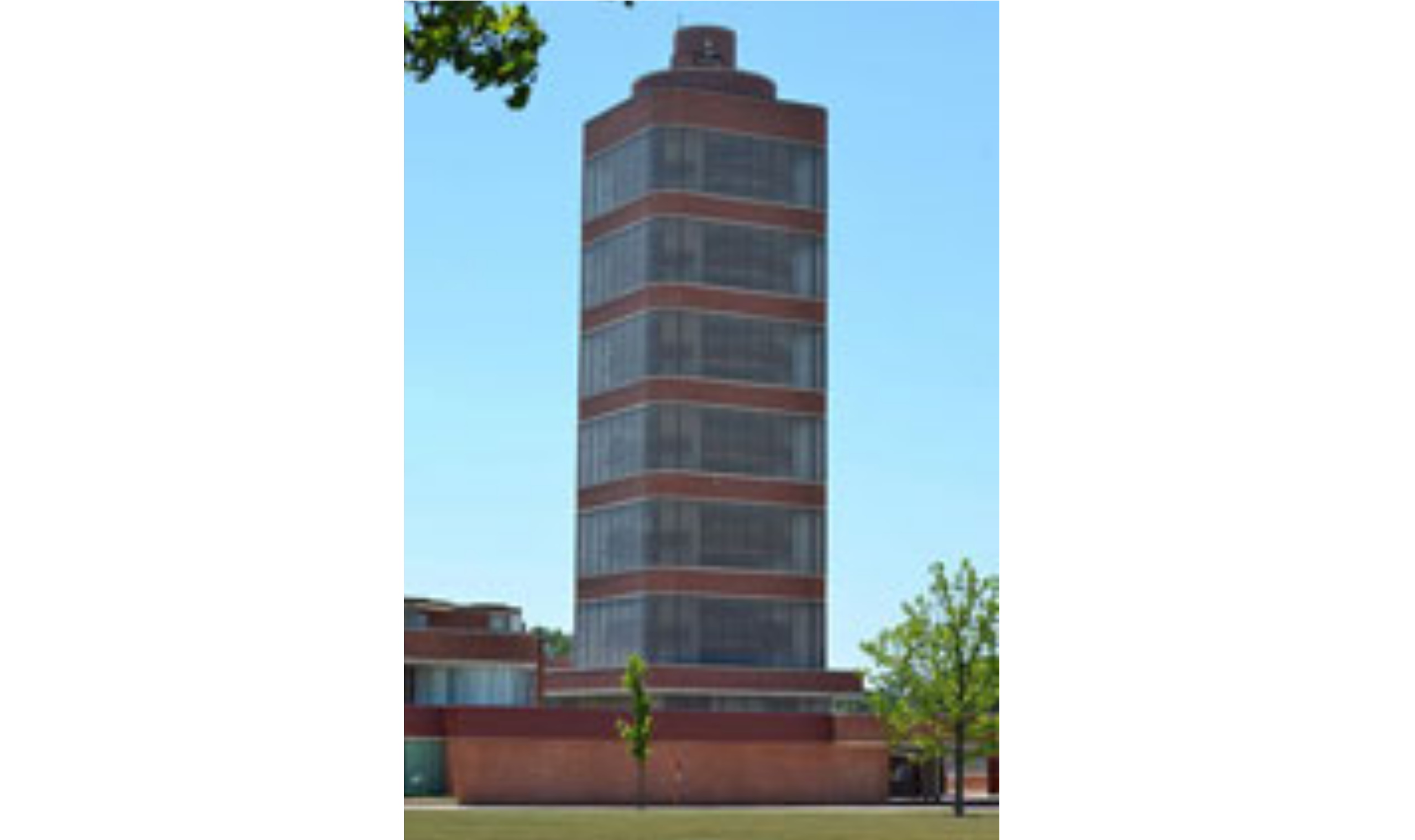 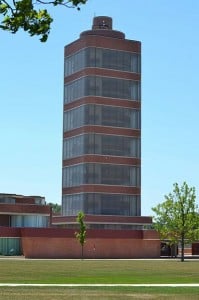 The S. C. Johnson company of Racine, Wisconsin recently announced that it has restored its Frank Lloyd Wright-designed research tower and, for the first time, has opened it to the public.

Wright designed the tower and oversaw its construction between 1946 and 1950, following his design of the spectacular administrative headquarters for the company in 1939. The main headquarters building has been open to the public for tours for decades, and fans of Wright’s work will be delighted by the opportunity to finally go inside the tower as part of S. C. Johnson’s regular public tour program.

The Johnson Wax buildings, as they are commonly called, offer a great example of how a company’s architecture can be integral to its identity. The S. C. Johnson company has always been extremely proud of its Wright-designed buildings, and the buildings’ design has helped shape the identity and culture of the company over the years.

The late Samuel Johnson Jr., great-grandson of the company’s founder and son of Herbert Johnson (Wright’s original client for the buildings), said of the structures:

We became a different company the day the building opened. We achieved international attention because that building represented and symbolized the quality of everything we did in terms of products, people, the working environment within the building, the community relations and—most important—our ability to recruit creative people.

When we get a really good person, he or she walks in that building and . . . suddenly comes to the conclusion that . . . this organization is interested in innovation, in new ideas and in the people who work in that enclosure. Over the years, we have been able employ the most creative people who respond to that building. It’s been a very favorable thing for the company.

The tower, in a really positive sense, became a symbol of our commitment to innovation as a company. I remember Mr. Wright saying something like this to my father: “You can raise it like a torch—the tower—to inspire your people around the world.” And it did, and it still does.

In the book Frank Lloyd Wright and the Johnson Wax Buildings (from which the quote by Samuel Johnson Jr. is taken), Jonathan Lipman tells the fascinating story of the design and construction of these iconic buildings, including how Wright prevailed against stubborn government officials who would have stopped him from using an innovative and strikingly beautiful new form of concrete structural column. (As a high school student contemplating a career in architecture—a career I subsequently pursued—I read Lipman’s book and shortly thereafter visited Wright’s buildings; the experience had a profound impact on me that I will never forget.)

The Johnson Wax buildings are rightly considered to be among Wright’s most important works. Thank you to S. C. Johnson & Company for sharing these beautiful architectural treasures with the world.

View all articles by Earl Parson →
Jeopardy! Battle of the DecadesBezos and Jobs Revolutionized Industries they Loved
Return to Top