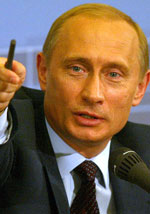 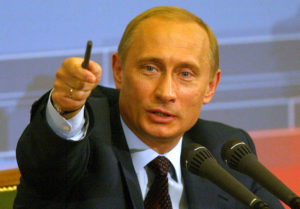 In “Putin’s Anti-Fracking Campaign,” Robert Zubrin explains that it is not environmental concerns that motivate the Kremlin’s hostility to fracking in Europe, but the drive to increase Russia’s influence on the continent by remaining a primary supplier of natural gas.

The fact that Kremlin opposition to European fracking has nothing to do with environmental concerns should be clear even to the dullest among us, because Russia has massive fracking projects of its own underway in Siberia. The real goal is to keep Europe dependent upon Russia for its fuel supply. Natural-gas prices in Europe are quadruple those prevailing in the United States, and by maintaining a near-monopoly on overpriced European natural-gas imports, the Putin regime assures itself of a vast source of revenue. This allows it to rule and rearm Russia without permitting the freedom necessary to develop the country’s human potential. Furthermore, so long as Europe is kept critically dependent upon Russia for fuel, Moscow can paralyze and render ineffective any Western response to its plans for conquest, whose initial steps are currently being demonstrated in Ukraine. More, and much worse, is certain to follow so long as Europe remains helpless.

So while Germany and France are (as Zubrin points out) moving “to shrink or shut down their own nuclear-power industries,” propaganda from RT News provides additional rhetoric to agents who seek to ban fracking in these nations.

Regardless of whether Zubrin is correct in his assessment of the degree to which Russian influence is slowing European shale gas development, his warning that “If Europe’s fuel supplies remain under Russian control, the continent is doomed to fall under Russian domination” should be heeded.