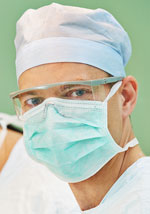 Dr. Craviotto: “Damn the Mandates and Requirements from Bureaucrats” 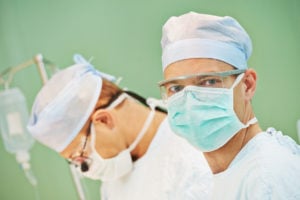 Daniel F. Craviotto, Jr., an orthopedic surgeon from California, recently wrote his “Doctor’s Declaration of Independence” for the Wall Street Journal. Every medical professional, patient, and potential patient—in short, everyone—should read it and take its message to heart.

Craviotto begins by emphasizing the central importance to his profession of the doctor-patient relationship. The sanctity of that relationship is under full-scale assault by politicians and bureaucrats seeking to control doctors:

So when do we say damn the mandates and requirements from bureaucrats who are not in the healing profession? When do we stand up and say we are not going to take it any more?

The Centers for Medicare and Medicaid Services dictates that we must use an electronic health record (EHR) or be penalized with lower reimbursements in the future. There are "meaningful use" criteria whereby the Centers for Medicare and Medicaid Services tells us as physicians what we need to include in the electronic health record or we will not be subsidized the cost of converting to the electronic system and we will be penalized by lower reimbursements. Across the country, doctors waste precious time filling in unnecessary electronic-record fields just to satisfy a regulatory measure. I personally spend two hours a day dictating and documenting electronic health records just so I can be paid and not face a government audit. Is that the best use of time for a highly trained surgical specialist?

Craviotto goes on to describe other government controls throttling doctors. He writes, “I am tired—tired of the mandates, tired of outside interference, tired of anything that unnecessarily interferes with the way I practice medicine.”

Craviotto concludes, “Now is the time for physicians to say enough is enough.”

Those of us who are not doctors, but who love our lives and our health, should not stand idly by as politicians and bureaucrats shackle the doctors on whom our lives and health may well depend. We should stand with those doctors who, like Craviotto, demand liberty to practice medicine in accordance with their own judgment.

Now is the time for patients to say enough is enough—and demand that government begin to protect rather than violate the rights of doctors, patients, health insurers, and all professionals in the field of medicine.

If we do not take a stand now for the principle of individual rights in medicine, later may be too late. If we continue on the current path of government-controlled medicine—which means, government-controlled doctors—more and more doctors will follow the lead of Dr. Thomas Hendricks, a character from Ayn Rand’s novel Atlas Shrugged, who goes on strike, declaring:

Do you know what it takes to perform a brain operation? Do you know the kind of skill it demands, and the years of passionate, merciless, excruciating devotion that go to acquire that skill? That was what I would not place at the disposal of men whose sole qualification to rule me was their capacity to spout the fraudulent generalities that got them elected to the privilege of enforcing their wishes at the point of a gun.