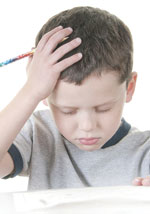 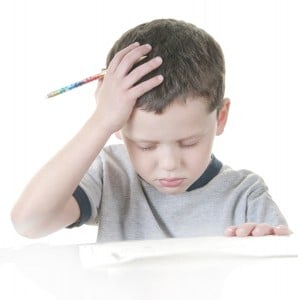 Consider the first math problem of a “first grade Common Core math test” (as 7News Denver identifies the test), for which the student is instructed to “find the missing part.” The problem shows images of five coins and labels these, “part I know.” It also shows an image of a teacup with the number six printed on its side, labeled “whole.” The student is supposed to find the “missing part” among the options 4, 3, 2, and 1. But the only sensible answer to this question is, “The missing part is the test writer’s brain,” because the problem makes no sense. Presumably the child is supposed to assume that he’s supposed to mentally place the five coins plus an addition coin in the cup—but that’s certainly not what the problem states, and such vagueness is utterly counterproductive to the goal of education. (Some other examples from the test are equally vague.)

Although most of the other problems on the test are intelligible and solvable, the introduction of even a few nonsensical or vague problems serves to undercut a student’s confidence in his mind. When the student has to guess what the test writer means, or accept the teacher’s arbitrary pronouncements about what the vague problem “means,” the student “learns” not to solve math problems using his mind, but to doubt the efficacy of his mind and to become dependent on the teacher’s say-so. 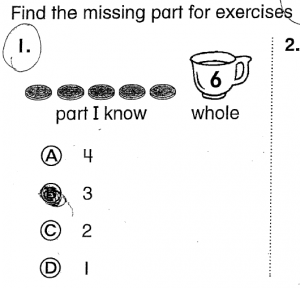 Unfortunately, nonsensical “math” problems in government-approved textbooks are nothing new; I wrote about the issue in 1998, and no doubt the problem goes farther back than that. Common Core is simply following an established tradition in government classrooms.

How can those who write government-approved “education” materials get away with such incompetence? Government schools exist by means of coercion. Government seizes money from taxpayers and runs government schools however legislators and bureaucrats choose to run them, with no need to concern themselves with quality, because their “customers” have no choice but to pay. If the tests and textbooks make no sense, it’s not as though taxpayers can say “no thanks, that’s not for us.”

So what is what is the clear and relevant “missing part?” What’s missing is the freedom for parents, businessmen, and Americans in general to decide for themselves where they will put their education dollars, if anywhere.

(I’ll post about Common Core from another perspective shortly.)

View all articles by Ari Armstrong →
Letter to the Editor
WHO Wants Global Restrictions on Alcohol; Unsurprisingly, Offers No JustificationHow to Attack Common Core—and How Not to
Return to Top