The California Murderer’s “Selfishness Without a Self” 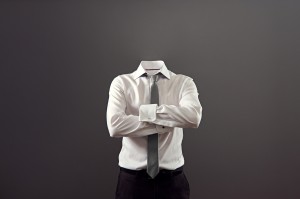 My recent blog post on the murderer of six people in Santa Barbara explains that he “was an anti-individualist in every essential way.” He judged people not as individuals but as members of a group, and he acted not for his own life-promoting values but “by and for the opinions of others.”

In her 1974 essay, “Selfishness Without a Self” (republished in Philosophy: Who Needs It), Ayn Rand perfectly describes the sort of tribal “lone wolf” mentality exhibited by the murderer—and explains why that mentality is diametrically opposed to rational selfishness:

The majority of such wolves are frustrated tribalists, i.e., persons rejected by the tribe (or by the people of their immediate environment): they are too unreliable to abide by conventional rules, and too crudely manipulative to compete for tribal power. . . .

With all of his emphasis on “himself” (and on being “loved for himself”), the tribal lone wolf has no self and no personal interests, only momentary whims. He is aware of his own immediate sensations and of very little else. Observe that whenever he ventures to speak of spiritual (i.e., intellectual) values—of the things he personally loves or admires—one is shocked by the triteness, the vulgarity, the borrowed trashiness of what comes out of him. . . .

To a tribal lone wolf, “reality” is a meaningless term; his metaphysics consists in the chronic feeling that life, somehow, is a conspiracy of people and things against him, and he will walk over piles of corpses—in order to assert himself? no—in order to hide (or fill) the nagging inner vacuum left by his aborted self.

Rand thus offers a hauntingly accurate portrayal of the psychology of the California murderer (as corroborated by his lengthy writings and videos). . . .