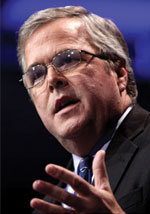 How to Attack Common Core—and How Not to 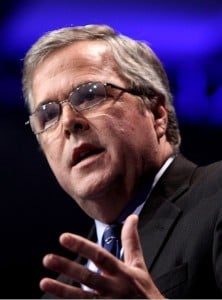 Conservatives have seemingly perfected the art of focusing on non-essentials, and this tendency is especially obvious with respect to education policy.

Consider, for example, the conservative response to the Common Core State Standards Initiative, a program developed by the National Governors Association and promoted by the federal government with “Race to the Top” grants to states.

Conservatives disagree over whether Common Core involves too much federal involvement. The organization, Conservatives for Higher Standards, a project of a group founded by Jeb Bush, claims that Common Core standards “do not mandate . . . curriculum, including textbooks, programs or resources teachers can use in their classrooms.” Instead, the group claims, “Those decisions are completely left to states, local districts and teachers.” Michelle Malkin, on the other hand, characterizes Common Core as “the stealthy federal takeover of school curriculum and standards across the country.”

Conservatives also disagree over whether Common Core establishes reasonable standards. For instance, conservatives Kathleen Porter-Magee and Sol Stern argue that “Common Core offers American students the opportunity for a far more rigorous, content-rich, cohesive K–12 education than most of them have had.” Glenn Beck, on the other hand, says Common Core is a way for government to promote “an extremely liberal ideology.”

But every major conservative who has commented on Common Core, pro or con, agrees that government should operate schools and establish curricula for those schools. They disagree only about the proper mix of involvement by federal, state, and local governments, and about the proper content of those standards.

The fundamental question that needs to be asked here, but that is ignored by these conservatives, is, by what moral right does government at any level forcibly seize people’s wealth to finance schools? The reason government schools perform so poorly, regardless of which level of government most influences them and which bureaucrat approves the standards, is that parents and others have hardly any choice in how government spends their coercively seized money.

If government protected rather than violated people’s rights to control their own wealth with respect to education, people could choose which (if any) schools to finance, and they would have strong incentives to ensure that any school they financed performed well. If a school did not meet a student’s needs, parents would be free to take their children—and their money—elsewhere.

Americans who are genuinely concerned about education must stop trying to tweak an inherently flawed system, and begin advocating a free market in education.