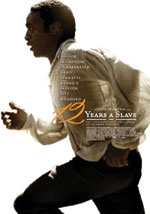 12 Years a Slave and Those Who Should Endure It 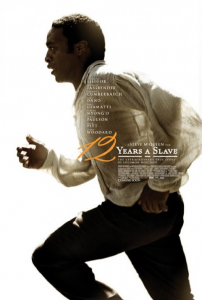 12 Years a Slave portrays such viciously brutal treatment of American slaves that I could barely sleep the night after watching it.

In its artistry, the film is hauntingly beautiful, with its lush landscapes, intricate costuming, heart wrenching performances, and ponderous direction. In its subject matter—it details the years that free-born Solomon Northup spent in slavery after he was kidnapped and sold into bondage—the film is horrific.

As a nation, we are not as far removed from slavery as many of us often presume. My grandfather, born in 1920, lived in segregated Missouri as a child. If he did not personally know people who lived during the time of slavery, his parents surely did. Although my grandfather took pains to separate himself from the racism of the society into which he was born, not everyone from his generation did so, and not everyone from ours has, either.

As a child I sometimes heard racist “jokes.” On television I watched The Dukes of Hazzard, with its sportscar “The General Lee” decorated with the Confederate flag. The car’s horn blared a line from the song Dixie, made famous first for its accompaniment to blackface performances and later as an anthem of the Confederacy.

As a young adult, I attended libertarian conferences at which various participants damned Lincoln, praised the Confederacy, and referred to the Civil War as the “War of Northern Aggression.” Such views remain the norm in many libertarian circles (which is among the many reasons I am no longer a libertarian). (Recently I had the privilege of previewing an article by Alexander Marriott about Lincoln and the Civil War; it shows why those libertarians who praise the Confederacy or apologize for it are wrong to do so. That article, Getting Lincoln Right, will appear in the forthcoming, Summer issue of TOS—subscribe here.)

Although 12 Years a Slave is a very hard film to watch, it serves as a vivid reminder of the horrors of American slavery. Having watched it, although I’d hesitate to recommend it in general, I do wish today’s Confederate sympathizers would sit through it and imagine themselves bound to the whipping post, viciously beaten by their “owners” for the “crime” of being born with the “wrong” color of skin, in the wrong place, in the wrong time. More importantly, I hope genuine lovers of liberty expand their efforts to educate people about the nature and foundation of individual rights, or, as the Founders put it (regardless of their consistency in adherence to this principle), the fundamental truth that, in their rights to life, liberty, and the pursuit of happiness, “all men are created equal.”